Is Tom Selleck really leaving "Blue Bloods" because he's in poor health? That's the claim in one of the tabloids. Gossip Cop can set the record straight. 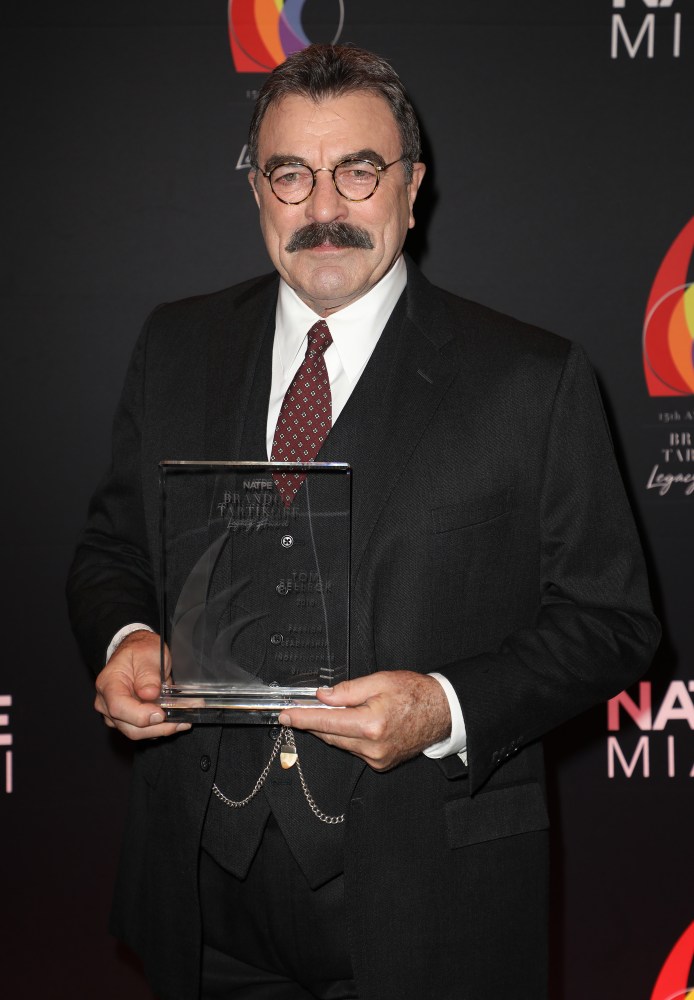 A new National Enquirer headline tries to make it seem as if the actor is dying by declaring he "may not have much longer" to live and is suffering from an "incurable disease." The accompanying article, however, simply says Selleck may be forced to step away from his CBS series after nine seasons because he's suffering from "crippling arthritis." An alleged source tells the magazine that Selleck is "falling apart" to the point where he needs a stunt double "for simple scenes, like getting out of the police car."

The magazine's story is based on claims from an anonymous "source," but Gossip Cop reached out to Selleck's spokesperson, who tells us on the record it's "unequivocally not true." Despite what the outlet's unidentified tipster claims, a rep qualified to speak on the actor's behalf confirms he's not leaving "Blue Bloods" over health issues.

It's worth noting, this isn't the first time the tabloid has falsely claimed the actor was leaving his CBS cop drama due to a health crisis. In 2017, the magazine said Selleck was ending his acting career because he's going blind. Time has proven that story to be completely bogus. Another tidbit worth pointing out is that Selleck sued the Enquirer in 1983 for "making continuous false and defamatory statements" about him.

Meanwhile, the tabloids have a habit of making up stories about the star of a hit TV series being forced to quit for medical reasons. Last month, Gossip Cop called out the Enquirer's sister publication, the Globe, for wrongly reporting that Ellen Pompeo was leaving "Grey's Anatomy" over "crippling asthma." That report also came from an untraceable "insider," but the actress's own rep dismissed it as nonsense.

As for other TV stars supposedly walking away from their shows, last month Gossip Cop busted a story about Mark Harmon quitting "NCIS" amid alleged feuds with the cast and crew. A few months ago, we debunked an Enquirer report claiming Mariska Hargitay was leaving "Law & Order: Special Victims Unit" to pursue a movie career.

In each and every case mentioned above, the star returned to the show they were said to be leaving. The tabloids clearly have no insight into what goes on behind the scenes of the TV industry. This latest article involving Selleck is yet another example.