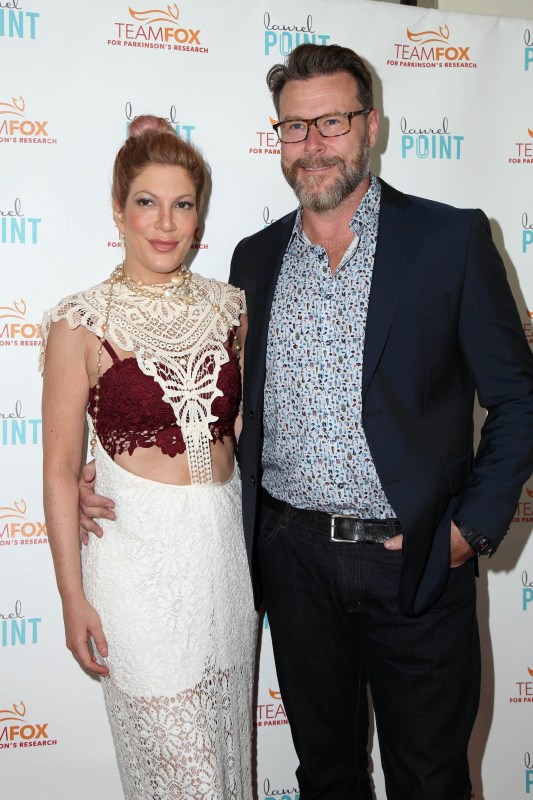 Spelling announced the news on Twitter with a photo of their newborn holding her finger, which she captioned, "We are so excited to announce the birth of the newest member of the McDermott family!"

The couple, who announced that they were expecting back in October, already have two sons and two daughters together — Liam, 9, Stella, 8, Hattie, 5, and Finn, 4.

In December, the couple had a surprise gender reveal party, where they came home to find their Christmas tree decked out in blue ornaments.

Spelling told ET in October that their children were very eager to discover the sex of forthcoming addition to their family.

"We have two of each, so we're blessed," she said. "We did find out with the first two, didn't find out with the second two — huge, amazing surprises. The kids are old enough now they kind of want to find out."