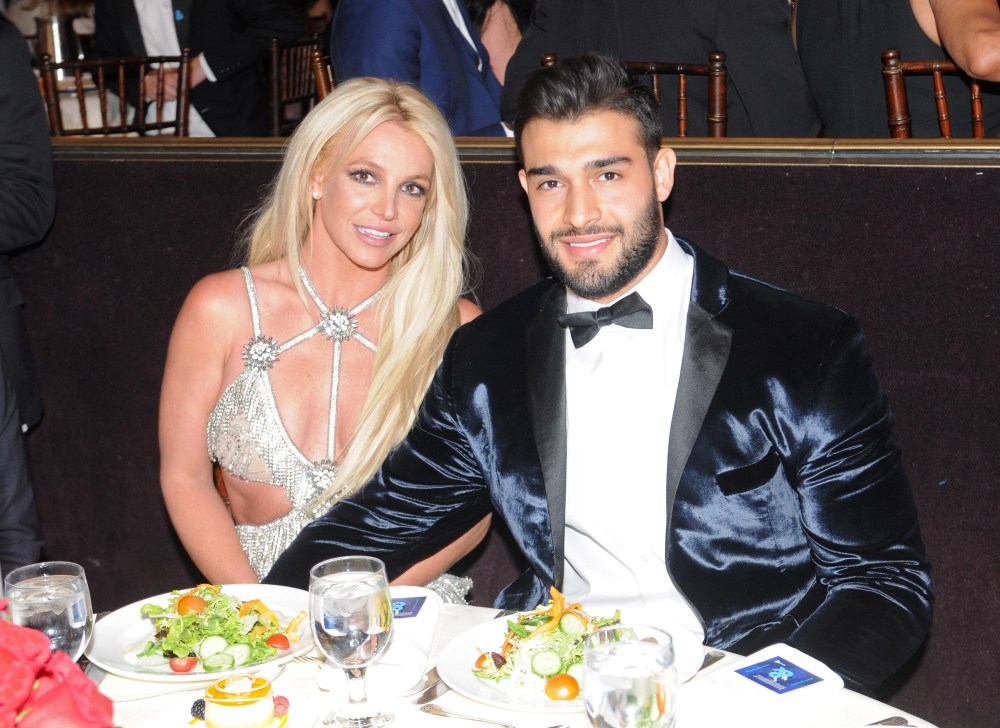 Last week, Spears appeared in court with both of her parents to discuss her conservatorship, which she's been under since 2008. The details of the case are being kept private, but it's been reported that the singer wants to either end the conservatorship or have fewer restrictions. According to TMZ, Spears told the judge that her father Jamie, who's had control of her estate for more than a decade, had her committed to a mental health facility last month against her will.

RadarOnline is now claiming that the ordeal is putting a "serious strain" on Spears' relationship with her boyfriend of more than a year. A supposed source tells the outlet that the singer's legal case "is putting a lot of pressure on him and is undoubtedly having a negative impact on their relationship."

The blog's report is totally inaccurate. On Sunday, Asghari shared a Mother's Day tribute to Spears on Instagram. Along with a photo of him and his girlfriend, the fitness model wrote, "Happy Mother's Day to all the beautiful mothers out there doing the toughest job in the world!" Additionally, Asghari supported his girlfriend on social media back when she checked into a wellness center in March. The personal trainer reposted an Instagram message from Spears which read, "Fall in love with taking care of yourself. Mind. Body. Spirit." Asghari added, "It isn't weakness, It's a sign of absolute strength, people should only be inspired by this, at least I am."

It's clear that Spears' boyfriend is supporting her during her difficulties. Still, Gossip Cop checked in with a source close to the singer, who wasn't able to speak on the record, but assures us the website's article is untrue. We're told Spears' conservatorship case hasn't negatively impacted her relationship.

Unfortunately, we're not surprised by RadarOnline's bogus report. Earlier this month, Gossip Cop busted the blog for falsely claiming Spears was demanding to do a tell-all interview about her mental health. Shortly before that, the outlet made up a story about Spears' dad banning her from getting married. And more than a year ago, Gossip Cop called out the site for wrongly reporting that Spears and Asghari were planning a secret wedding. The unreliable blog simply has zero insight into the singer's personal life.

Angelina Jolie's Kids Staging Intervention To Get Her To Eat?