There's a recurring storyline in the tabloids about Jennifer Aniston trying to help Matthew Perry get healthy, but it's completely fictional. Gossip Cop has debunked many variations of the theme. Here are a few wrong rumors. 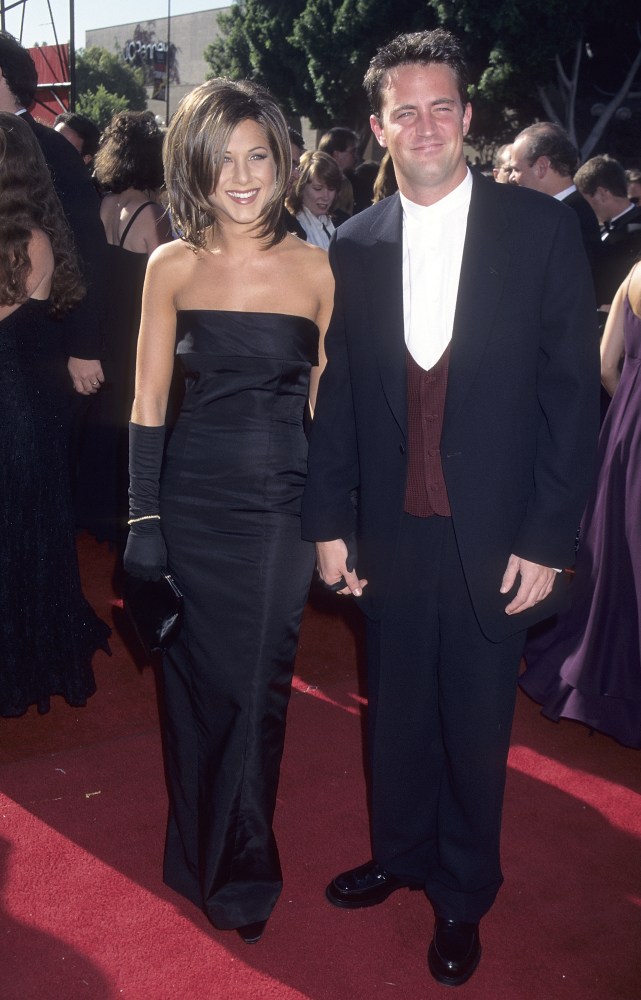 Earlier this month, Gossip Cop busted NW for falsely claiming Aniston and the rest of the "Friends" cast were concerned about Perry's sobriety. The article was published after photos emerged of the actor looking a bit disheveled while taking a stroll in New York City. "Nobody would be surprised if [the 'Friends' stars] intervene and send him back to rehab," said a supposed source, adding that Aniston was "leading the charge." Perry's own spokesperson told us on the record that the report was fabricated. Although the actor has been open about his past issues with substance abuse, there's nothing to indicate he's off the wagon.

In February, Gossip Cop called out RadarOnline for wrongly reporting that Aniston and her "Friends" co-stars were sending Perry to rehab. The article was concocted after the actor tweeted about being "kicked out of therapy." The blog maintained that all of his former castmates were "united in their fears over Matt, as well as their shared mission to get him back on track." However, Perry later clarified on Twitter that he was referring to "one session" and was "back in therapy." Meanwhile, the actor's rep called the story "ridiculous."

Last September, Gossip Cop debunked a National Enquirer article claiming Aniston wanted Brad Pitt to help Perry get sober. The premise came on the heels of the "Friends" actor revealing that he had spent three months in the hospital after undergoing surgery for a gastrointestinal perforation. There was nothing to suggest that Perry's health crisis was due to substance abuse, but the tabloid maintained that Aniston wanted Pitt to intervene because he's been sober for a few years. Aniston's spokesperson assured us the scenario was totally made-up.

And finally, Gossip Cop busted the Globe last September for falsely claiming Aniston was staging an intervention for Perry with the help of their "Friends" co-stars. The publication said the actress was worried that Perry "could croak in six months if he doesn't get serious about his addiction problems and his health." In reality, Aniston didn't fear that the actor was on the verge of death, nor was she organizing an intervention for him. A rep qualified to speak on the actress's behalf told us the story was untrue. This ongoing saga surrounding Aniston getting involved in Perry's personal life is baseless.

Kendall Jenner Is Lonely And Desperate For Love?