Victoria Beckham and David Beckham are not getting a divorce ahead of their 20th wedding anniversary, despite a false tabloid report. Gossip Cop can exclusively debunk the split rumors. A spokesperson for the couple assures us there's no truth to them. 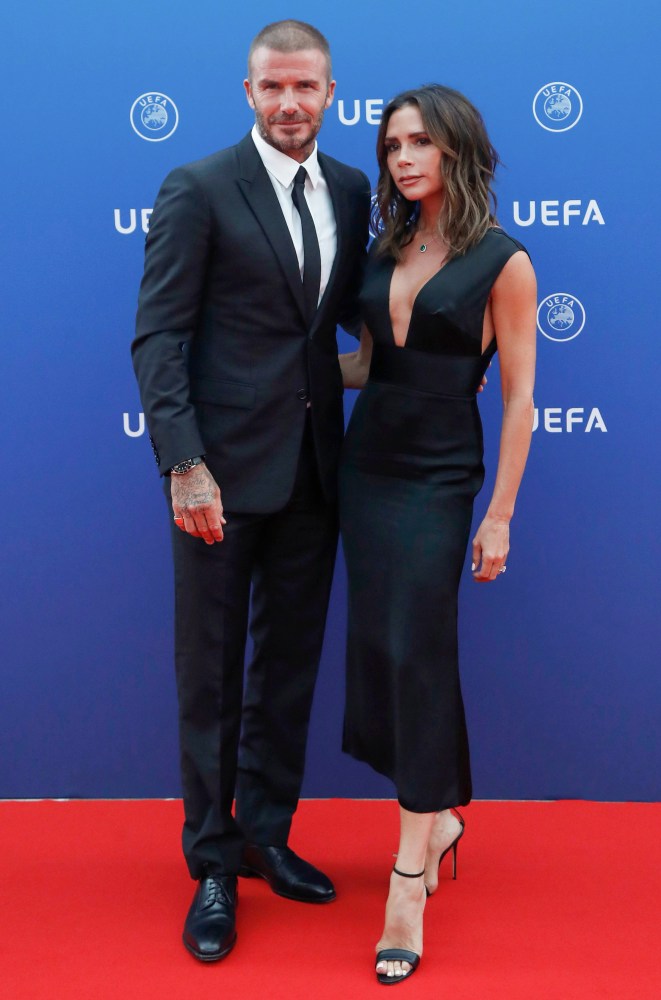 According to NW, however, the spouses are having a serious marriage crisis just one month shy of their 20th wedding anniversary on July 4. "David is the one who's fed up with going through the motions and putting on an act," a so-called "insider" tells the outlet. "Obviously it would be heartbreaking for everyone if they've pulled the plug… But to be frank, it isn't going to surprise a lot of people – they've been having major trouble for an extremely long time."

The primary issue is all the time spent apart, say the supposed source, adding that Victoria has been focusing on her fashion business while her husband has been spending time in Miami concentrating on his soccer projects. "A split could be the best scenario for both of them at this point in their lives," adds the suspicious tipster. "It's as though this could be the springboard for them to cut the cord and go their separate ways."

From there, the seemingly phony insider alleges that the couple's four children are aware their parents are headed for a divorce and are already choosing sides. Their oldest son Brooklyn, 20, and seven-year-old daughter Harper are said be in their mom's corner, while sons Romeo, 16, and Cruz, 14, are supposedly sticking with their dad.

The tabloid's bogus report is based on claims from an anonymous and untraceable "insider," but Gossip Cop reached out to a rep qualified to speak on behalf of the Beckhams. The couple's spokesperson assures us the spouses of nearly 20 years aren't headed for a split ahead of their anniversary. The magazine's attempt to break up a marriage and a family is simply baseless.

Meanwhile, Victoria shared an Instagram photo of the entire family together in Miami over the weekend. David shared the same photo on his Instagram page, and added, "Thank you Miami what a beautiful week, creating special memories…" It's clear the spouses are going strong as they prepare to celebrate 20 years as a married couple. Unfortunately, this would hardly be the first time NW has attempted to create nonexistent problems between the pair.

Last year, Gossip Cop called out the magazine for falsely claiming David and Victoria had their "biggest fight ever" over his "wandering eye." Shortly before that, we debunked the tabloid's report alleging David and Victoria were "living apart." This latest article about the state of the couple's marriage is more fiction.