Selena Gomez was never being considered or interested in being an "American Idol" judge, despite a completely fabricated story from one year ago today. The premise was entirely made up by HollywoodLife, a site so known for churning out fiction that it's often called HollywoodLies. A year ago, Gossip Cop noted the claim was bogus and now 12 months later, it's crystal clear the report was totally manufactured. 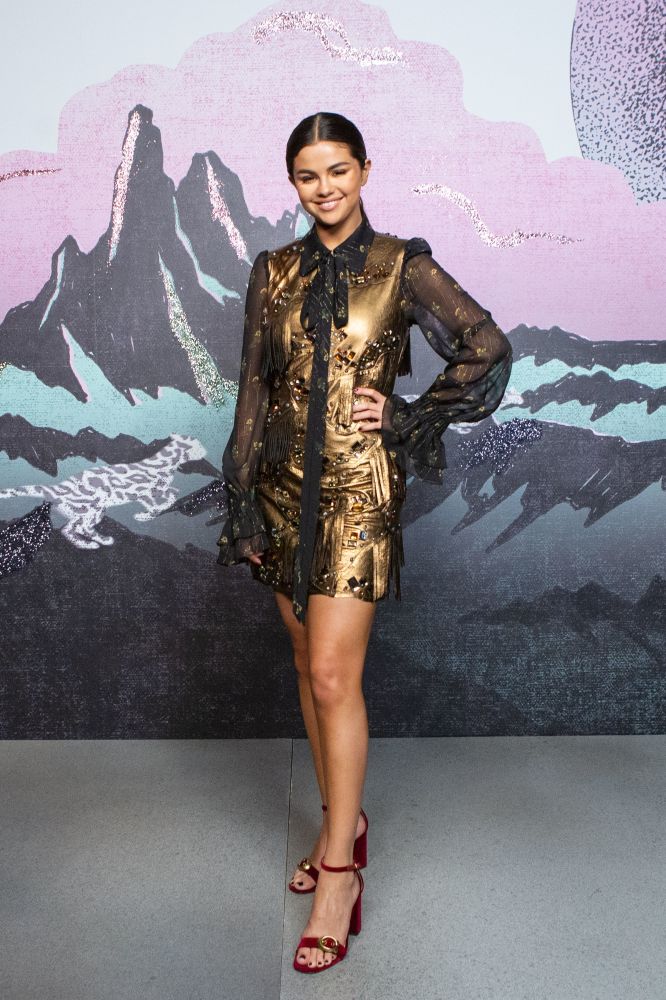 On September 23, 2017, HollywoodLies alleged "American Idol" producers were "giving [Gomez] an offer." A seemingly concocted "source" was quoted by the often discredited outlet as saying executives had their "eyes" on Gomez and that she was "at the top of the show producers' wish-list for judges." Among the reasons "American Idol" was supposedly going to pay bank to hire Gomez, alleged the site's unnamed and probably nonexistent "insider," was that she would "be considered the nice judge and… because the impact she has with social media." "They'd love to have her signed up and all judges by mid October," added the phony source.

As Gossip Cop mentioned 365 days ago, no other legitimate outlet had floated Gomez's name as a possible contender for the judges' table. Ultimately, Katy Perry, Lionel Richie and Luke Bryan were tapped for "American Idol." At the time, a rep speaking on behalf of Gomez exclusively assured us, "There's not even been a conversation" about her joining the competition show. Of course, a full year has passed and Gossip Cop's fact-checked story remains 100 percent true, and HollywoodLies' article has continued to be nothing more than fan fiction.

In the ensuing year since the story about Gomez joining "American Idol," the same website spun a number of other untrue tales about the "Bad Liar" singer. For instance, in February, Gossip Cop busted the blog when it manufactured a post about how Gomez and Bieber considered themselves "soulmates." And shortly before that we nailed the outlet for its phony article about how allegedly Gomez used to call Bieber "my husband." Actually, that report came on the heels of Gossip Cop listing a number of fake "exclusives" HollywoodLife had produced about Bieber and Gomez.

It's important to remember that Gomez herself called the site "the worst" in a Billboard interview because of its penchant for coming up with made-up stories about her. Regardless, a year has gone by since Gossip Cop called out HollywoodLies for its fabricated report about Gomez possibly becoming an "American Idol" judge, and time and reality has again proved us right and that other site as simply untrustworthy.

Chris Hemsworth's Wife Elsa Pataky Warning Him To Stay Away From Dakota Johnson?

Brad Pitt, Angelina Jolie Did NOT 'Call A Truce,' Despite Report