What happened to the baby Emma Stone was supposedly having with Justin Theroux? Nine months ago, one of the tabloids claimed the two were expecting a child together. Gossip Cop debunked the story as soon as it emerged, and time has proven it false. In fact, the two stars never even dated. 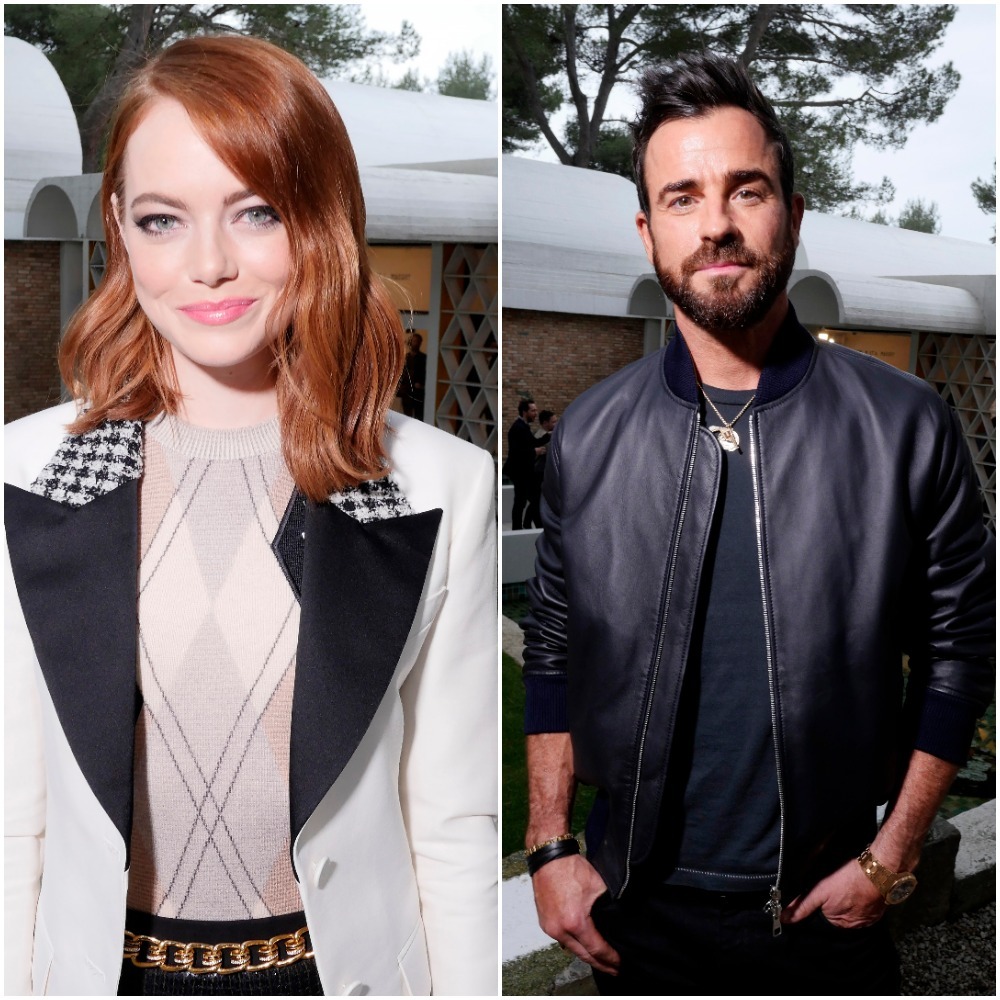 In July 2018, Woman's Day Australia wrongly reported that Stone was pregnant with Theroux's baby simply because she had been spotted wearing baggy clothing "and seemingly trying to cover a baby bump." The article came on the heels of false rumors about a romance between the pair, who co-starred together on the Netflix show "Maniac."

The dating rumors first began spreading last year after Stone and Theroux sat next to each other at Louis Vuitton's Paris Fashion Week show. The reason for this, however, is that both stars are ambassadors for the brand. They were also accompanied by several other celebrities who work with the fashion line. Shortly later, Theroux and Stone were spotted on a few outings in New York City, sparking even more romance rumors. Only, the platonic pals were usually accompanied by several other friends during their hangouts.

Additionally, reps for both stars repeatedly assured us last year that they were just friends. Last May, Stone herself told WWD that Theroux is "like my brother," and the following month, their mutual pal Jonathan Van Ness confirmed to E! News, "They're friends… Men and women can be friends and it can just be friendly."

Another problem with the tabloid's phony story is that Stone has been dating former "Saturday Night Live" writer Dave McCary for around two years. The actress keeps her romance very private, but they've been spotted on more outings as of late. Regardless, Stone and McCary were together nine months ago, during the time the magazine insisted she was conceiving a child with Theroux.

It's worth noting, Stone and Theroux haven't been spotted together since the red carpet premiere of "Maniac" last September. As a result, the tabloids have stopped insisting they're a couple. Although the two are still pals, they never dated and most certainly weren't expecting a baby together.

Gossip Cop looks back at old tabloid stories to show how they're often disproven by the passage of time. In the fantasy world created by Woman's Day, Stone should be giving birth to Theroux's child right about now. In the real world, the two stars are friends and colleagues.

Jennifer Lopez, Alex Rodriguez Getting Married "For Business, Not Love"?