What happened to Sophie Turner and Joe Jonas' baby from nine months ago? In September, one of the celebrity magazines asserted Turner was pregnant with the singer's baby. Gossip Cop said it was false back then, and not only was our reporting correct, but time has also proven the claim to be inaccurate. 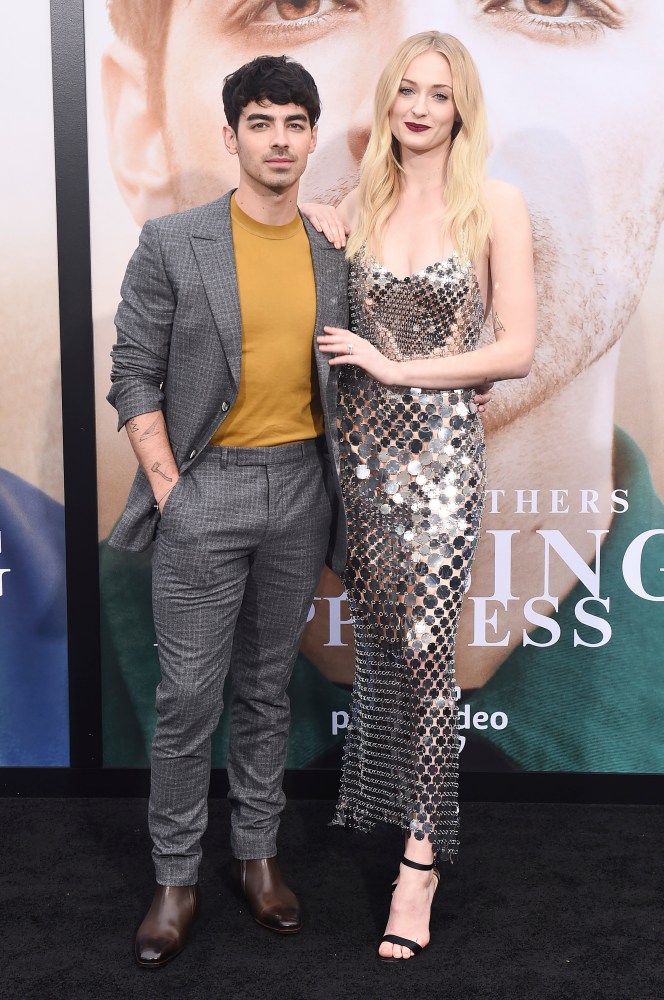 Last September, OK! published a piece about Turner possibly having "a baby on the way." To back up its premise, the tabloid alleged it had a source who said the "Game Of Thrones" star was not only "glowing," but also appeared to have "gained some weight." The supposed insider further contended Turner wasn't at the Emmys earlier that month because didn't want to be asked a slew of questions about being pregnant, and was waiting to share her baby news "on her own terms."

But, as Gossip Cop revealed nine months ago, a source in Turner's camp assured us she was "not pregnant." The tabloid was merely speculating based on Turner's absence from the Emmys. In reality, the actress was simply doing reshoots in Montreal for X-Men: Dark Phoenix.

It also seemed back then that the publication didn't realize a photo of Turner with what appeared to be a baby bump at the U.S. Open was nothing more than the actress teasing the paparazzi by putting a seat cushion under her clothes. Since then, Turner, who wed Jonas in Las Vegas in May, has been pictured on numerous occasions with a flat stomach and nothing to indicate she was expecting. In fact, in a photo Turner shared on Instagram just a few days ago, it's clear Turner did not just have a baby or even a bump.

The outlet appears to know very little about the couple. In April, for example, it insisted that Turner ignored Jonas at the "Game Of Thrones" premiere party. Of course, contrary to the publication's claim, there were dozens of photos of them together looking happy. And while the magazine was possibly trying to hint at trouble in their relationship, as noted above, Jonas and Turner wed just 10 days later.

It also bears mentioning that the same outlet recently published a completely fabricated cover story about one of Jonas' brothers. In March, Gossip Cop busted the tabloid when it falsely maintained Nick Jonas and Priyanka Chopra were headed for divorce after just 117 days of marriage. That was nothing more than a lie.

It's likely Turner and Joe Jonas will start a family down the road. But at the time the magazine insisted Sophie was expecting a baby with Jonas, she most certainly was not. When the couple has news baby, it will be confirmed by places like Gossip Cop and not by an outlet that was duped by Turner pulling a prank with a seat cushion.

Jennifer Aniston, Emma Stone Had "Fight To End All Fights" Over Justin Theroux?