One of the tabloid's claims Will Smith's 26-year-old son from his first marriage, Trey, is feuding with his wife Jada Pinkett. The story is completely untrue. Gossip Cop can debunk it. 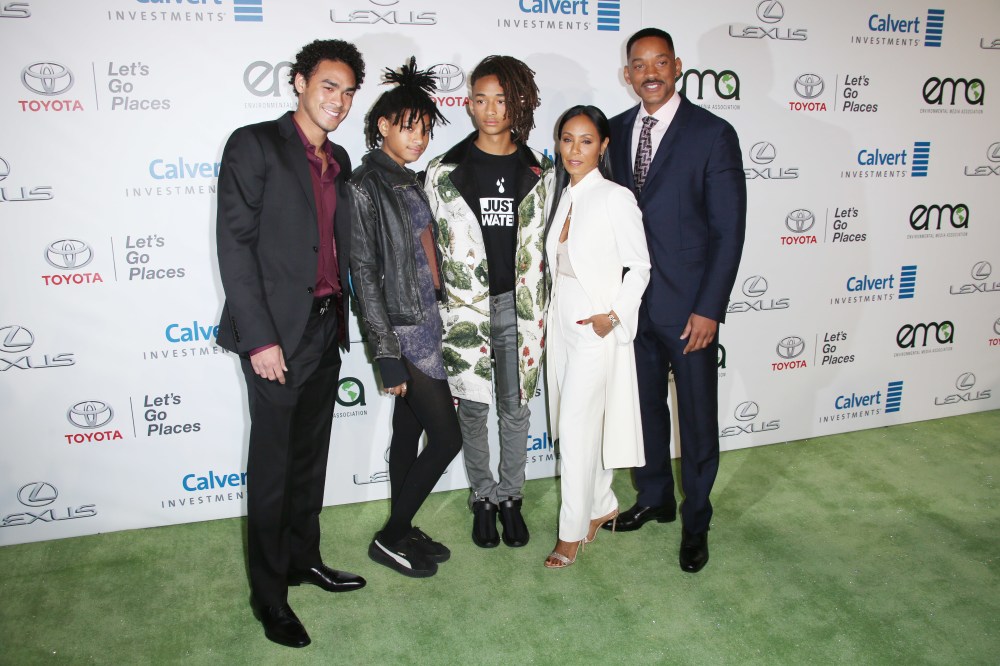 Last month, Smith shared an Instagram post in which he revealed that his relationship with his oldest son "struggled for years" after his 1992 divorce from his mother, Sheree Zampino. The actor explained that Trey "felt betrayed & abandoned" following the split, but they've since repaired their relationship and are closer than ever. He added, "It is a Wild Blessing to recover & restore a Loving Relationship with My Beautiful Son."

According to Star, however, Trey is still "at war" with his stepmom. An alleged insider tells the magazine, "For years, Trey tried to have a relationship with his dad, but Jada was always in the way. When he would call his dad, he could hear Jada in the background yelling, 'Hang up, we have stuff to do!'"

Now that Trey and his dad have patched things up, the supposed source claims Pinkett is worried her stepson will get all of Smith's money, "leaving none for her." The questionable tipster further contends that Trey "loves to joke in front of Jada that he's looking forward to his inheritance."

None of this is remotely true. Gossip Cop checked in with a source close to Pinkett, who wasn't authorized to go on the record, but dismissed the magazine's article as ridiculous. In fact, Pinkett said last month on her Facebook Live series, "Red Table Talk," that the reason she made an effort to become friendly with Smith's ex-wife is because of her "deep love for Trey."

While talking about forming a bond with her husband's ex, the actress noted, "I had to go on to a deeper psychology of 'She's Trey's mother' as my relationship with Trey deepened." Pinkett further noted that she and Zampino weren't always on the best of terms, but that all changed once she developed a relationship with Trey. Not only does Pinkett adore her stepson, but their close relationship helped her mend fences with Smith's ex-wife.

Meanwhile, Pinkett posted a touching tribute to Trey on Instagram in honor of his 26th birthday last month. Along with a photo of the two together, the actress wrote, "You are not only my bonus son, but my friend. Thank you for the many ways you have held my hand through the years." Pinkett had many more kind words for her stepson in her lengthy tribute, which she concluded by writing, "I love you. Happy birthday my sweet Trey!" The tabloid's tale of a "war" between the actress and her stepson is completely unfounded.

Also, Star doesn't have the best track record when it comes to accurately reporting about the famous spouses. Earlier this year, Gossip Cop busted the tabloid for falsely claiming that Smith and Pinkett were "living separate lives" and headed for a divorce. Shortly after we corrected the report, the actor released a new song in which he slams rumors about him and Pinkett splitting. This latest article involving the actor's oldest son is more nonsense.

Angelina Jolie Made Peace With Brad Pitt After Talking To Jennifer Garner?