A tabloid claims William H. Macy is putting his acting career on hold to save his marriage to Felicity Huffman following the college admissions cheating scandal. The story isn't remotely accurate. Gossip Cop can debunk it. 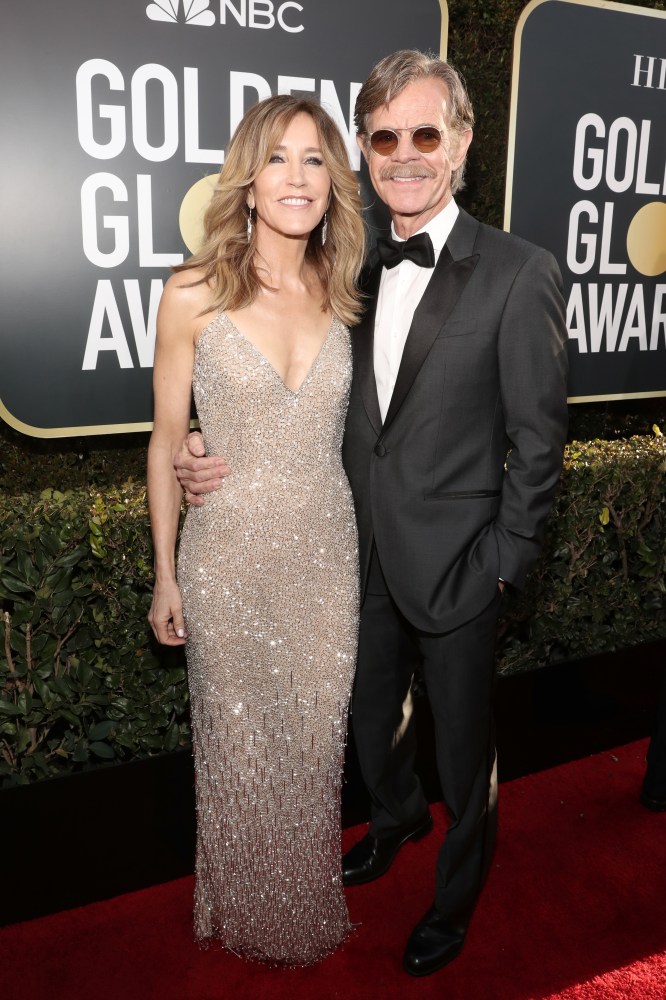 As Gossip Cop has reported, the "Desperate Housewives" actress is pleading guilty to the fraud charges against her in the nationwide college admissions scam. Huffman admitted to paying $15,000 to have a proctor correct her daughter's incorrect SAT scores. According to OK!, the actress's marriage has been falling apart amid the controversy, but her husband is determined to repair it.

A supposed source tells the outlet, "It was hard in the beginning with them crying and fighting, but it's sinking in that their cozy family could be torn apart – and he's really stepped up." The alleged insider goes on to say that Macy is "putting his work life on hold" to ensure that his marriage "ins't headed toward a meltdown." The suspicious tipster adds, "Bill has been so caught up in work that he's never slowed down like this before. As nasty as this scandal has been, it's made Bill appreciate what he has with Felicity even more."

The first problem with the tabloid's phony story is that the spouses of more than 20 years aren't having marriage problems as a result of the college admissions scandal. Less than a month ago, OK!'s sister outlet, the National Enquirer, falsely claimed Macy was divorcing Huffman as a result of her pleading guilty to the charges against her. The actor's own spokesperson told us on the record that the claim "couldn't be further from the truth."

People magazine, a more reputable celebrity news outlet than any of the tabloids, noted last month that Huffman and Macy "remain united" amid the scandal. The spouses simply aren't on the verge of a divorce over the controversy. The actor is supporting his wife during her legal troubles, but the idea he's trying to save their marriage simply isn't true.

As for the notion that Macy is putting his career on hold, that's not the case either. The actor's hit Showtime series "Shameless" has been renewed for a 10th season, and shooting is expecting to begin sometime this summer. Simply put, every aspect of the outlet's article is untrue.

Unfortunately, the college admissions cheating scandal has resulted in a lot of bogus stories about the state of the couple's marriage. Back in March, Gossip Cop called out Life & Style for wrongly reporting that Huffman and Macy were headed for a divorce over the situation. The gossip media simply has no insight into what's going on between the spouses behind closed doors.