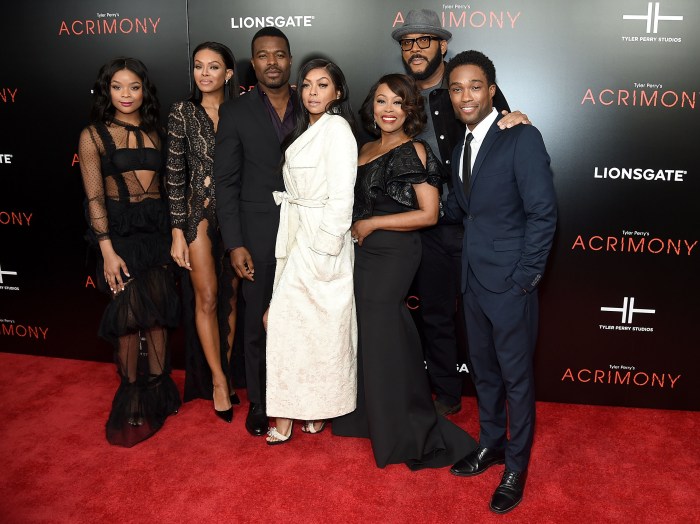 Taraji P. Henson stars as a devoted wife hell-bent on destroying her devious husband after he moves on with another woman in "Acrimony," which opens in theaters on March 30.

In spite of the subject matter, there was nothing but love on the red carpet when the stars of the Tyler Perry-directed thriller gathered at the New York City premiere of the film on March 27.

Wonderwall.com was on hand with a Twitter Mirror to capture some exclusive photos and videos from the red carpet that you won't see anywhere else.

Taraji, who stars as Melinda, gave us a fierce hair-flip.

Lyriq Bent, who stars as Melinda's ex-husband, Robert, was all smiles on the red carpet.

"Empire" and "13 Reasons Why" actress Ajiona Alexus, who plays the younger version of Melinda, blew us a kiss.

And special guest Gayle King gave us a wave.

Catch "Acrimony" in theaters on March 30!