Being the Queen of Pop has its privileges — but dodging traffic is not one of them. Fans leaving Madonna's concerts at the O2 Arena in London this week reportedly complained to the Sun that Madge cheated her way through massive traffic jams by traveling in an SUV outfitted with flashing red and blue lights. "Nobody was moving, then all of a sudden there's this huge commotion and I saw flashing lights and heard a horn beeping," one eyewitness reportedly told the Sun (via the Daily Mail). "Then I saw a car and we figured it was an undercover cop. It was beeping so all the traffic let it through. Some drivers were really annoyed. Then I looked into the car and saw Madonna. She's being driven out with a flashing light sat on the dashboard." The Mail points out only drivers, not passengers, are liable for impersonating a police officer with a vehicle. Reps for Madonna declined to comment.

RELATED: Scott Disick leaves rehab in a private jet, plus more proof that stars are nothing like us

As news of Scott Weiland's death hit the Internet in the early hours of Dec. 4, friends, fans and bandmates of the 48-year-old former Stone Temple Pilots frontman mourned his loss on Twitter and Instagram. "Sad day. RIP Scott Weiland," wrote Slash, who played with Scott in Velvet Revolver. Actress and singer Juliette Lewis tweeted (via Us Weekly), "Sad to hear about Scott Weiland passing. He was a once of a kind epic force onstage. thoughts are w his family #RIPScottWeiland," while Ryan Adams posted a moving wish: "RIP Scott Weiland. Universe, please take care of him."

Once a guy's become a "a god" and "the number one living rock star," what's next? The Footwear News Achievement Awards, apparently. Kanye West's Adidas Yeezy Boost sneakers were named the shoe of the year at this week's so-called "shoe Oscars," and when it came time for Yeezus to accept his honor, he did not disappoint in the speech department — that is, if you find short and sweet to be disappointing. In what the New York Post reports was an 18-minute acceptance speech, the rapper-turned-designer admitted he had no elocutionary plan and proceeded to wing it. "I have absolutely no plan for what I'm going to say, so this could land completely wrong, but it doesn't really [bleeping] matter, does it?" he asked at one point. "If you don't like 10-minute profanity-riddled speeches that end with a presidential bid, you can go to the bathroom." But maybe plan to stay in there a while …

Anna Kendrick's live tweeting of 'The Wiz Live' is everything

Sometimes the best thing about TV is Twitter. Anna Kendrick's Twitter, specifically. The "Into the Woods" star spent her evening Dec. 3 live tweeting "The Wiz Live," and the results were magical, from her observation that Common's Emerald City bouncer outfit made for good Met Gala inspiration to this: "the revelation that the all-powerful Wiz is secretly an unkempt loser is a legit metaphor for my life." Other highlights included, "Can these crows be a boy band in real life though?" … "When *I* played Barbie, I stripped her naked and melted her with matches" and ""YES YOU STUPID B—-! SSSSSING!" – me, 7 times so far #TheWizLive." Ultimately, she concluded: "Okay that was the most inspirational s— I've ever seen on TV and I watch Miss USA."

Looking lovely and refined in a black and white menswear-inspired ensemble, Angelina Jolie appears on the cover of the new issue of Elle France, perhaps in her final promotional bid for "By the Sea," which she wrote, directed and stars in opposite her husband, Brad Pitt. Though the film has snagged plenty of press since it began filming shortly after Angie and Brad tied the knot, Celebitchy reports it hasn't done much at the box office, earning just over $1.5 million. Brad, meanwhile, may be looking at an Oscar contender with his all-star cast financial crisis film, "The Big Short." Asked by THR if he'd ever consider directing like his wife, Brad assured the magazine he has no plans to pursue that role, saying, "No, not at all. I have no desire whatsoever. I like my corner of the field."

The fascination around Tom Cruise's relationship with Scientology leader David Miscavige has yet to wane. In a new report from the Daily Mail, the religion's former head of security Gary Morehead opens up about the "bromance" between Tom and David, who have reportedly been pals for the decades. "They do everything together — exercise and cigar smoke together," he says. Others close to the pair tell a similar story, detailing how the two frequently share cigars in David's large humidor, go parachuting together and take trips to places like Las Vegas. Gary Morehead also claims David had a secret second security camera trained on Tom when he was at the compound. "… I had to set up a second camera in Tom's auditing room. That was for Dave's own personal entertainment although it was meant to be for the purpose of being professionally critiqued," he says. "It was Dave's little secret to look inside people's little sessions. If Tom ever wanted that tape, Dave would still have the other one."

Both of Lana Del Rey's Jaguars were stolen from her house

If at first you don't succeed … steal another car? The same week it was revealed that an obsessive fan had been found hanging out in Lana Del Rey's garage, TMZ reported the singer had not one but two Jaguars snatched from her property. According to the report, Lana's 2013 Jaguar XK convertible turned up at the impound lot last month after a woman named Icess Floyd managed to drive off with it. Rather than give up on her joyriding mission, she proceeded to return to Lana's car collection, hopping in the driver's seat of the singer's 2015 F-TYPE Jaguar. Once again, she didn't make it too far. Police found an outstanding traffic warrant, impounded the car and cited the determined driver with two counts of burglary and two counts of felony joyriding.

Dita von Teese disses the Kardashians' use of corsets

For more than a year now, Kim, Khloe and Kourtney Kardashian have advocated for waist training with corsets, with Kim and Khloe in particular sharing photos of themselves wrapped up tight-stringed torso cinchers on social media. In Dita von Teese's eyes, however, the Kardashians are misrepresenting an age-old custom women in the burlesque world take very seriously. "I think it's funny because I'm watching [the trend] and it's like the blind leading the blind," Dita recently told HuffPo. "People that actually know a lot about corsetry are not the ones that are publicly speaking about it. And I'm seeing some of these corsets that they're saying are waist shapers and I'm like, 'That doesn't work.' They're like stretchy fabric. If you really want to get into it, you should probably look into the real corset makers that have been doing it for decades and decades. There are lots of experts on it, but I don't know that you should be jumping on the bandwagon to sing the praises ofcorsets….It seems to be a fast fix, and it is. If you put on a corset and you pull the strings tight, you instantly have this silhouette and it's great — but it's not going to modify your body if you're not engaged in the serious regimen of it." 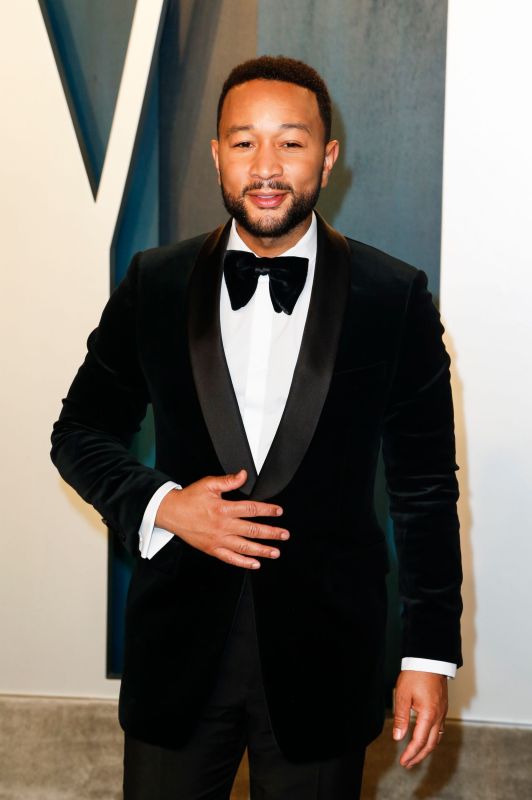