The 2021 Screen Actors Guild Awards nominations were announced on Feb. 4. See what some of the stars who earned nods had to say after hearing the happy news… starting with these leads from the hit Netflix series "Bridgerton." "There's something extra special about being seen by your peers. Bravo team Bridgerton, for being seen as among the very finest of the world's collective companies of peerless players! 💫," Regé-Jean Page — who's up for best male actor in a drama series and is also nominated, along with the rest of the cast, for best drama ensemble — shared on Instagram. His leading lady (and fellow ensemble nominee) Phoebe Dynevor had two words for both nods: "SO Proud!" Keep reading for more SAG Awards nominee reactions…

"Never in my life could I imagine this moment. Thank you to my peers @sagawards !! This is beyond !!" —Kaley Cuoco

"I Thank The Screen Actors Guild For Their Support Of The Esteemed Ensemble Of DA 5 BLOODS. Also A Love Shout To All Of The Actors Who Did Da Damn Thang. Bless Up To Our Brother Chadwick Boseman For His Craft We Witnessed – Best Supporting Actor. Peace And Love, Spike." –Spike Lee

"Thank you so much to the Screen Actors Guild for my nomination. What an exciting morning! I am incredibly honored, humbled and grateful to be recognized by my peers. I am thrilled for my co-star and dear friend, Glenn Close! Thank you to Ron Howard for your direction and thank you to our entire cast and crew. It was a pleasure making this film together!" —Amy Adams

"Given all the content being poured out by our industry, given the vast array of stories and outstanding performances, I am deeply honored to have my work deemed worthy of recognition by my peers. Congratulations to my fellow nominees and love and special bravos to Amy Adams who inspired me every day with her honesty, courage and craft." –Glenn Close

"It means the world to be recognized by my peers and SAG with this nomination. I share this with the rest of the incredible cast Olivia Cooke, Paul Raci, Lauren Ridloff, Chelsea Lee, Shaheim, Dominico Toledo, Jeremy Lee Stone, and especially our Deaf actors who taught me what it truly means to listen and communicate. I hope Ruben's story can inspire and give us all some strength in these challenging times. Thank you to Darius Marder, Amazon and Caviar." –Riz Ahmed

"Thank you to the Screen Actors Guild for this honor. I'm indebted to Emerald Fennell for entrusting me with the role of a lifetime. The experience of working with her and the incredible cast she assembled felt like a prize. To be recognized by my peers amongst such extraordinary performances is the icing on the cake to an experience I will always treasure." —Carey Mulligan

"I'm so proud to be nominated alongside these phenomenally talented actors and I am deeply grateful to the entire cast of Little Fires Everywhere and our wonderful crew. My performance reflects the diligence and hard work of so many brilliant artists and artisans. Thank you to SAG AFTRA for acknowledging our Little Fires Everywhere family." —Kerry Washington

"With a stressed pandemic year, there is a kind of comfort in knowing that we soldier on in many ways. Our industry is hopefully sending signs of hope that we will get out of this eventually by continuing our traditions. Perhaps the SAGS are such a sign that normalcy still exists, and to me they are a particularly, uniquely personal group because they are fellow actors. Not to trivialize the current state of the world, it remains a tremendous honor to be recognized by my peers and to be included with these other wonderful artists." –Gary Oldman

"Incredibly kind of my fellow actors to nominate me. What a lovely week. I must kill more often. Extremely pleased for Nicole [Kidman]. Richly deserved." –Hugh Grant

"I am overwhelmed! This recognition by my fellow peers—truly the people I look to for inspiration every day – means the world. I'm especially delighted and frankly giddy to be sharing this love with Emma [Corrin], Olivia [Colman], Gillian [Anderson], and the entire cast of The Crown. This show is such a team effort- I am just grateful to have been a part of it and the amazing group of people that made it a reality." –Josh O'Connor

"To be nominated by my peers, actors who have devoted their lives to the pursuit of craft and creativity, is both humbling and astonishing. Thank you so much to each and every member of our wonderful guild – SAG-AFTRA. To have the opportunity to work with one of the greatest actors of all time, Mr. Denzel Washington, as well as the force of nature that is Rami Malek, was unforgettable and inspiring. John Lee Hancock, Mark Johnson and Warner Bros. – I couldn't ask for better partners." –Jared Leto

"Thank you for this awesome recognition. If you had told me in acting school that I was going to be a SAG nominee, I would have dropped out sooner." –Ramy Youssef

"I'm honored to be nominated by my peers for this award. It really is a special feeling. And all the love in the world to Lin, Tommy, Lac, and Andy, and all of my incredible cast mates for creating a space for me that so many people continue to find their way to and see something special in. Hamilton truly keeps on giving." –Daveed Diggs

"I am crazy honored to be included in this group of fine actors. Getting the recognition of my fellow actors is the best! It's the best indicator that I'm doing justice to this role. As happy as I am for little old me, I'm quadruple happy for this great group of friends and pros who get to share the nomination for Ensemble." –Bob Odenkirk

"Much gratitude to the Screen Actors Guild for these nominations. It's an honor to be nominated alongside Chadwick, Gary, Anthony, and Riz. I am especially glad to share this cast nomination as none of this would have been possible without the beautiful screenplay and direction from Lee Isaac Chung and all the wonderful artists that came together to realize his vision.  This truly was a family effort. I'm honored to have been a part of a story like this where we might connect and see each other a bit more clearly; to honor our shared human experiences while also holding on to our individual ones." –Steven Yeun

"Incredibly grateful and honored, especially knowing that this recognition comes from my fellow actresses and actors. So proud and happy for my Steven who made something incredibly difficult seem so easy. Yeri, Steven, Alan, Noel and Will: we truly became a family on and off the set which is why the SAG ensemble nomination is especially meaningful to us. Above all, I am grateful to Isaac who not only wrote these beautiful characters but also had the courage to entrust us with them." –Jung Youn

"I've been so blessed to work with this incredible group of actors. I saw first hand how they brought honesty and life to this story while also supporting each other to do their very best. I'm thrilled for Yuh-Jung, Steven, and the entire 'Minari' family to be recognized in this way." – Lee Isaac Chung 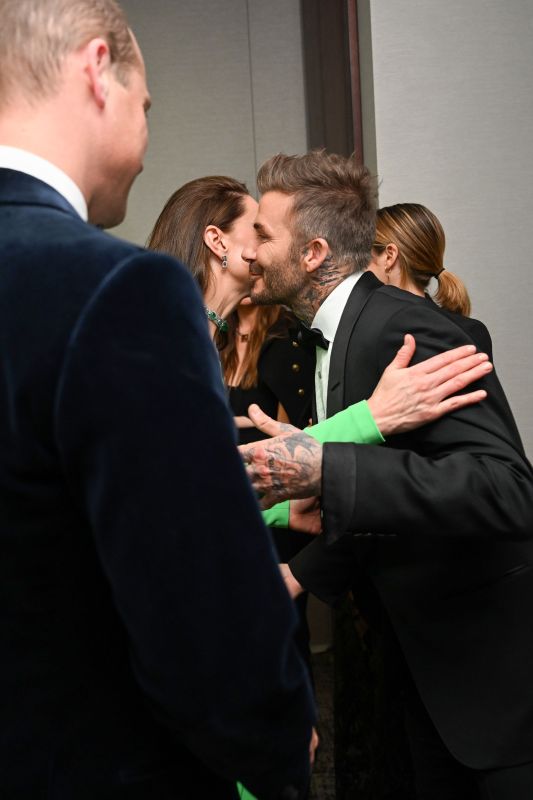