A week ago, Gossip Cop examined false stories about Ben Affleck and Lindsay Shookus getting married. Now we're taking a look at another narrative. See five wrong rumors about the couple having a baby below. 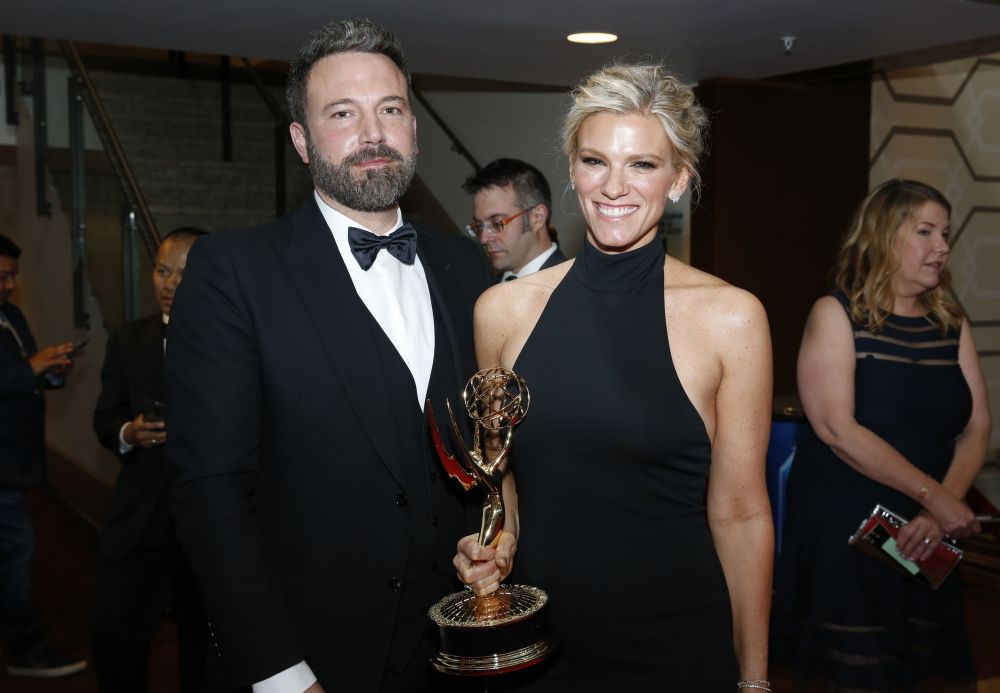 Affleck and Shookus went public with their relationship in July of 2017. The first story about the pair having a baby together came that same month. Only a week after their romance was revealed, In Touch wanted readers to believe they were already talking about having a child. With Affleck trying to co-parent with Jennifer Garner, a so-called "source" predicted, "Seeing him around with his pregnant girlfriend with their children is going to cause a lot of drama." It was further alleged that the actor's friends thought he was "completely out of touch with reality" for wanting to "start a family" with Shookus. It was an interesting choice of words since, as Gossip Cop reported, it was really In Touch that was out of touch with reality. This was, after all, the same magazine that earlier that year insisted Garner and Affleck were going to have another baby together.

Last September, RadarOnline speculated Shookus was pregnant. The site claimed she "sparked pregnancy rumors when she stepped out in a long black sundress flashing what looked like a growing baby bump." The "SNL" producer was also described as "looking curvier than usual and sporting a fairly round belly." But the blog was making judgments solely based on paparazzi pictures, and had no confirmation at all that Shookus was actually pregnant. That's why, instead of reporting for sure whether she was or wasn't, the website resorted to asking readers whether they thought "the blonde is already pregnant" just a few months after she and Affleck stepped out together. Of course, it didn't matter what readers thought might be the case. All that mattered were the facts, which were this: The outlet bought pictures of Shookus wearing a flowing dress and used them to fuel an untrue rumor. Gossip Cop was proven right when Shookus never gave birth nine months after this "baby bump" story.

In Touch brought the storyline back this past March, contending Shookus was eager to have a baby with Affleck. Noting she was already in her late 30s with a young daughter, the publication maintained she wanted to have more kids before it became too late for her. But she was supposedly motivated by more than just her biological clock. "She doesn't want to lose Ben. He's tied to Jen for the rest of his life because of the children, and Lindsay can't help but crave the same security for herself," an unnamed "source" claimed. But, contradicting the aforementioned tale about Affleck wanting a family with Shookus, in this one it was alleged he wasn't on board with her purported plans. Still, she was said to be "on a mission" to get pregnant, with the untraceable snitch predicting, "I wouldn't be surprised if she and Ben make a big announcement before summer." Well, we're now a good ways into the summer, and there's been no announcement. The article was clearly false, just as Gossip Cop said months ago.

But in early July, the tabloid offered yet another story on this topic. And it was again inconsistent with the magazine's previous reporting. In this one, an unnamed "insider" declared, "Lindsay really wants a baby with Ben, and he's all for it." The caveat here was that they supposedly wanted to "be married before Lindsay gets pregnant," with a wedding eyed for "late spring or early summer of 2019." To be clear, that means In Touch first said they were talking about a family in 2017, then said they could have a baby announcement in 2018, and now say they won't have a child before sometime in 2019. The specifics keep changing because it's all off-base. In fact, Gossip Cop pointed out that only weeks before this latest report, "Entertainment Tonight" confirmed marriage wasn't on the horizon for Shookus and Affleck, let alone a baby.

The most recent addition to this narrative came late last month, when Star announced Shookus and Garner were "both pregnant" with Affleck's babies. Like sister site RadarOnline last year, this article also relied on paparazzi shots in which Shookus supposedly appeared to have a baby bump. But the tabloid couldn't offer any confirmation, instead merely saying she was "rumored to be pregnant," with a questionable "source" adding that there was "talk of a baby on the way." But less than a month before this, Shookus sported a flat stomach on a hike with Affleck, and was also seen drinking wine on a double date with the actor and her parents. And just as there was evidence showing that she wasn't expecting, there was also proof Garner wasn't, either. A rep for Affleck even told Gossip Cop that the double pregnancy claim was "so crazy" that it was "amusing almost."

While three of the examples above are from In Touch, several other tabloids, such as the National Enquirer and OK!, and gossip blogs, like X17, have also spread phony pregnancy stories involving Affleck and Shookus. This topic is prevalent for the same reason there have been multiple wrong rumors Affleck and Shookus having a wedding: They sell. And as long as readers keep falling for them, the gossip media will keep peddling them. That's why Gossip Cop will keep separating fact from fiction as necessary.

Travis Scott Did NOT "Forget" Kylie Jenner's Birthday, Despite Reports

Justin Bieber Angry After He And Hailey Baldwin Were Compared To Ellen And Portia?