The release of "I Love You, Man" celebrates a great Hollywood tradition: the bromance. While some men may be too scared to go there, these famous best buds aren't afraid to show a little love.

Brad Pitt & George Clooney: Starring in four movies and championing a multitude of causes together, this philanthropic, talented, and stunningly handsome pair are like the prom king and king of Hollywood bromances.

Tom Cruise & Will Smith: They're like two peas in a tent-pole studio movie pod. Tom introduced Will to Scientology and their kids refer to them as Uncle Will and Uncle Tom. Brothers from another mother, if you will.

Benji & Joel Madden: Brothers from the same mother, Benji and Joel, do everything together … be it performing, partying, socialite dating, and even wearing matching outfits (their mom must have been one of "those" moms).

Matt Damon & Ben Affleck: Childhood friends Matt and Ben are the ultimate hetero-dude power couple. Their relationship won them each an Oscar and rocketed them to stardom. Like a true friend, Matt even stuck by Ben through his (ahem) "J.Lo years."

Lance Armstrong & Matthew McConaughey: They sparked some gay rumors in 2006 when they were the hottest new inseparable pair. Though they're just buds, the two have no qualms speaking out about their man love … and wailing on their abs together.

Jon Stewart & Stephen Colbert: Colbert was a correspondent on "The Daily Show" until he got his very own satirical news show. But they still talk live every night at the end of Stewart's show. It's the TV equivalent of a long-distance relationship.

Judd Apatow's Comedy Crew: The cinematic forerunner for bromantic behavior, Judd never forgets about his boys. Using Paul Rudd, Jason Segel, Seth Rogen, and Jonah Hill in all his movies, he seems to have spawned a four-way bromance. How progressive.

Chris Martin & Jay-Z: They defied genre by collaborating on "Beach Chair" and have performed together on many occasions. Now if only their ladies could buddy up on a track. How 'bout it, Beyonce? Gwyneth gave a killer performance in "Duets."

Casey Affleck & Joaquin Phoenix: Joaquin has gotten some attention due to his supposed mental breakdown. Coincidentally, his buddy Casey happens to be filming a documentary on celebrity mental breakdowns. It's the ultimate BFF inside joke.

Sacha Baron Cohen & Ken Davitian: These "Borat" co-stars took their kinship to a new level: naked wrestling. While some might call this behavior "sexually questionable" or "gay," frat boys around the world call it "just another Friday night kegger."

Chace Crawford & Ed Westwick: These gossip guy roommates are bromance poster boys. When gay rumors spread like wildfire, Ed responded by saying, "I love this f—-ng dude dearly … But we are so into our f—-ng women it's ridiculous." Touching. 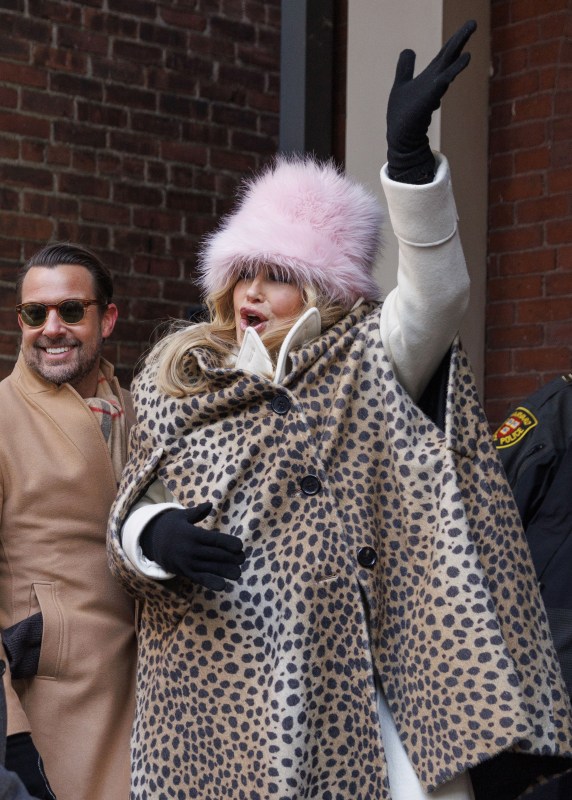