Brad Pitt and Halle Berry are not dating, despite a completely made-up tabloid report. Gossip Cop can exclusively debunk the random romance rumors. We're told the two aren't an item. 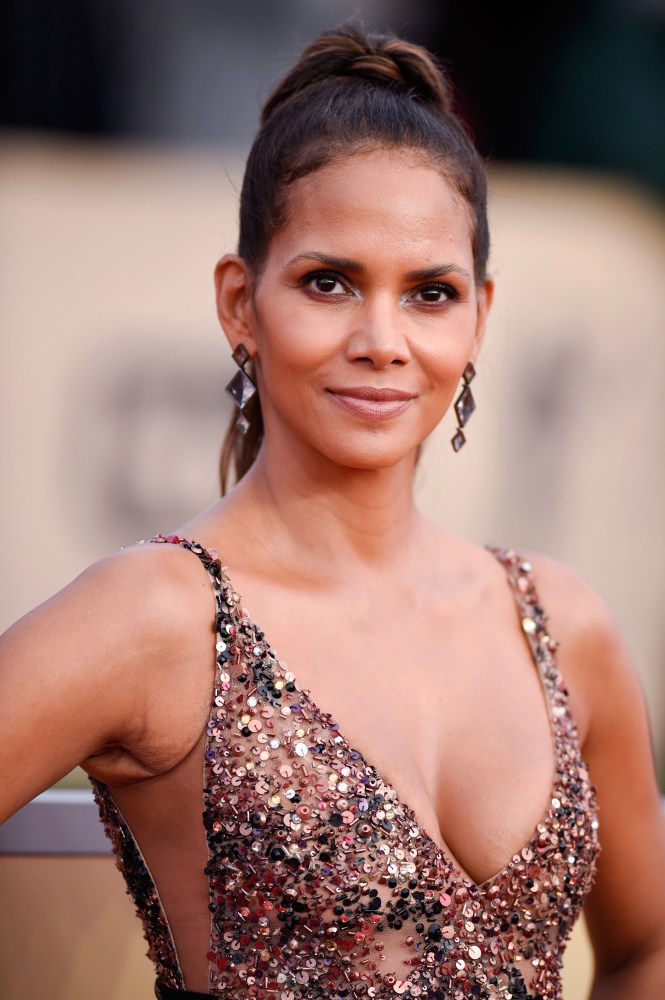 According to the Australian tabloid NW, Pitt recently began "casually wining and dining" Berry, and now their budding relationship is starting to heat up. A so-called "source" tells the magazine, "They've had a number of very top secret meet ups at one of the bungalows at the Hotel Bel-Air. It's early days but so far things are going well… Brad thinks she's absolutely stunning."

The outlet's questionable insider goes on to say that the two movie stars have crossed paths over the years, but they've never been single at the same time. "It's not like they're going in cold. The connection was already there. Brad is totally Halle's type too, so it's no shock that she's jumped at the chance to hang out with him."

As the story goes, Angelina Jolie isn't happy about Pitt's (nonexistent) romance with Berry because she's hated the actress ever since she co-starred with her ex-husband Billy Bob Thornton in 2002's Monster Ball. "Billy Bob and Angelina were married at the time and she was convinced that he had a fling with Halle behind her back," says the supposed insider. "It drives her nuts that Brad's with Halle now."

But Gossip Cop checked in with a rep for Pitt, who laughed off the tabloid's report before exclusively assuring us that the actor hasn't been on any dates with Berry. This is yet another baseless attempt to pair up the single movie star with a random female celebrity. Since his 2016 split from Jolie, the actor has been wrongly linked to Jennifer Lawrence, Kate Hudson, Sienna Miller, Emilia Clarke and Charlotte Casiraghi, just to name a few. Although it's true that Pitt has slowly started dating again, he hasn't gone out with any of those women mentioned.

Also, NW is the same unreliable magazine that Gossip Cop recently busted for making up a story about Pitt reuniting with Jennifer Aniston in Aspen over the holidays. The disreputable outlet seems to go with different narratives on a whim. This latest article involving the actor dating Berry is equally arbitrary and untrue.

"The Bachelor" recap: Arie fights with Krystal and goes on dates with Tia and Chelsea

Kate Hudson is NOT married or engaged despite report