Over the past several months, Gossip Cop has debunked a handful of false stories about Bradley Cooper and Irina Shayk being headed for a split. The bogus rumors were proven wrong at Sunday night's Golden Globes, which the happy couple attended together. 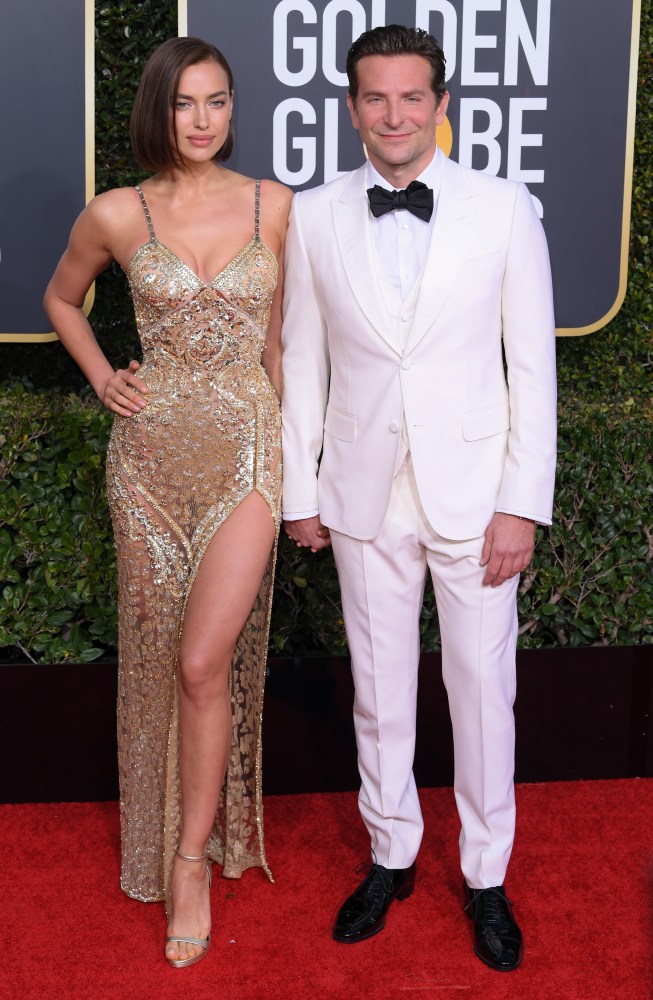 Back in October, Gossip Cop busted In Touch for falsely claiming that Cooper and Shayk were headed for a split over Lady Gaga. The magazine alleged that the model was jealous of her boyfriend's friendship with his A Star Is Born co-star. A supposed source even told the outlet, "It could be just a matter of time before Bradley and Irina call it quits."

Later that month, Woman's Day Australia made up a story about Shayk being upset by Cooper and Gaga's "flirty friendship." Shortly after that, Life & Style claimed Cooper was staying at Gerard Butler's apartment in New York City because he was fighting with his girlfriend so often. Just a few days later, Star maintained that Cooper refused to invite Shayk to the premiere of A Star Is Born because he wanted to walk the red carpet with Gaga instead. That nonsense was followed by a phony NW story about Shayk fearing Cooper would dump her for Gaga.

There were many more tabloids articles about the couple breaking up, including one last month that said Cooper and Shayk had split because the model didn't attend the American Cinematheque Awards, where the actor was honored for his contribution to film. When all of the stories mentioned above first emerged, sources close to the couple assured us their relationship was going strong. This was made more apparent by the fact that actor and the model have been spotted out and about with their baby daughter on dozens of occasions over the past few months.

It's worth noting, several of these reports said the supposed drama between the couple would intensify during awards season, since the actor would be spending more time with Gaga. On Sunday night, however, Shayk accompanied Cooper to the Golden Globes, where the two showed lots of affection for one another. Not only did the pair cozy up on the red carpet, but at one point during the ceremony, the model was spotted fixing her boyfriend's bowtie.

Meanwhile, "Entertainment Tonight" shared photos of Cooper and Shayk holding hands and laughing while walking the red carpet at the awards show. The couple choose to keep their romance very private, which is the primary reason they don't make many public appearances together. This gives the tabloids free rein to make up stories about them splitting. That premise was proven very wrong at Sunday's Golden Globes.