Eddie Van Halen, a rock-n-roll God who co-founded Van Halen, passed away on Oct. 6 following a lengthy battle with throat cancer. According to reports, Eddie was surrounded by his family at St. Johns Hospital in Santa Monica, Calif., when he took his final breath. Eddie's health reportedly dwindled rapidly within the past 72 hours, as his throat cancer had moved to his brain as well as other organs. He was 65. Widely considered one the greatest guitar players of all time, Eddie has been traveling to and from Germany for five years to treat his cancer, which he believed was caused by a metal guitar pick he used to frequently hold in his mouth. Following the death, a slew of fellow musicians and celebrities paid tribute to Eddie to social media…

"My heart is broken. Eddie was not only a Guitar God, but a genuinely beautiful soul. Rest in peace, Eddie! …Eddie Van Halen Dead at 65 from Cancer" –Gene Simmons

"Eddie Van Halen was a guitar superhero. A true virtuoso. A stunningly good musician and composer. Looking up to him as a young kid was one of the driving forces in my needing to pick up a guitar. I was so blown away watching him exert such control and expression over his instrument. Learning to play the guitar taught me so many things, but still absolutely nothing about how to play like Eddie Van Halen. And for that reason, I never stopped watching him in adolescent awe and wonder, and I promise you I never will. So very sad to learn of his passing. My love to his family, his bandmates, his friends and his crew. EVH FOREVER" —John Mayer

"Just heard the news of Eddie Van Halen's passing ….. this hit me hard. There are lots of great guitar players in the world, but very VERY few true innovators. Players who seem to have arrived from a far distant planet , and who bring a completely new color to the rainbow. Eddie Van Halen was this and so much more. Even without the finger tapping, you had a player with extraordinary touch, tone, and a rhythmic pocket and bounce that floated like Ali in the ring. He was a master of complex solos that spoke to non musicians…THAT IS HARD TO DO. The reason was the exquisite melody in his heart, and the joy in his soul of playing FOR people – and it came through like a ray of sun we ALL felt. I say a prayer today for his family and friends – and from players like me , all over the world who never got to meet him, I say THANK YOU EDDIE. WE LOVE YOU !!!!!!!" –Keith Urban

"I am devastated at the news of the passing of my friend Eddie Van Halen." –Kenny Chesney

"Two of the best hours of my life were spent chatting with Eddie Van Halen. A great musician, yes – also a funny and lovely guy who will be missed terribly. Sending love to Janie, Wolf, Alex & all those who loved him." —Jimmy Kimmel

"It's completely tragic that we have lost him. He was not just an innovative and stylish player with great taste, he was also a laidback virtuoso showman who just blew us all away every time. Every shredder today has lost their Master Teacher and Guide. As he got older he became more generous and amusing and self-effacing about his enormous gifts. He shared so many tricks through guitar workshops, online and on TV shows. Immense talent. The Great American Guitar Player. I was hoping he might be President one day" –Pete Townshend, via Rolling Stone

"Oh man, bless his beautiful creative heart. I love you Eddie Van Halen, an LA boy, a true rocker. I hope you jam with Jimi tonight. Break through to the other side my brother." –Flea

"Oh NO! Speechless. A trailblazer and someone who always gave everything to his music. A good soul. I remember first seeing him playing at the Starwood in 1976 and he WAS Eddie Van Halen. So shocked and sad. My condolences to Wolfie and the family." –Paul Stanley

"Heartbroken and speechless. My love to the family" –Sammy Hagar

"Apex talent. An unparalleled titan in the annals of rock n roll. One of the greatest musicians in the history of mankind. Rest In Peace, King Edward" –Tom Morello

"I just found out that my guitar hero Eddie had passed away. I have fond memories of the tours we did together! He's up there shredding!!!! RIP my friend." –Vince Neil

"Of all the guitarists I got to play with, he was my favorite. RIP Eddie Van Halen" –Paul Shaffer

"You changed our world. You were the Mozart of rock guitar. Travel safe rockstar." –Nikki Sixx

"I lost my mom to cancer at 66.. too damn young. Eddie Van Halen was 65.. too damn young. Another lifetime of memories ahead of them should have been made. This hurts my heart. My mom and I would drive around in her car and blast Panama.. we both loved Van Halen music. I thought my mom was even cooler because she loved that rock music blasting out the speakers. I'm lucky to have had the mom I did and I'm grateful we had Van Halen memories together. I hope my mom gets a front row cloud to see EVH tonight. I will be blasting his music today mom." –Dane Cook

"God Bless you Eddie. I'll always remember the great times we had. My sincere condolences to all Family and friends. I am heart broken. RIP Brother xo" –Neal Schon

"The world lost an icon, innovator, showman, virtuoso, master songwriter and perhaps one of the biggest inspirations ever to learn how to play guitar. Heartbroken to hear of Eddie Van Halen's passing. Our love, condolences and best wishes to his his family, friends and fans. #RIP"–Nickelback

"Eddie Van Halen and Neil Peart were just too good for 2020. We all are My heart is broken" –Sebastian Bach

"I just heard about Eddie Van Halen and I feel terrible about it. Eddie was such a great guitarist and I remember how big Van Halen was, especially here in L.A. Love and Mercy to Eddie's family & friends." –Brian Wilson

"I loved Van Halen so much growing up. Rest In Peace Eddie." –Ken Jeong

"He was immortal even while he was alive. The name Eddie Van Halen has always been synonymous with insane ability. No matter what kind of style you play, no one can deny his colossal influence. To have a sound not only uniquely signature to the artist, but of an entire era." –Darren Criss

"You just don't let up, do you 2020? #RIPEddieVanHalen" –Patton Oswalt

"Just heard the news that Eddie Van Halen passed away today! We miss you already Eddie! You made a difference! You were a Rock God! C U Soon!" –Tommy Chong

"Rock and roll lost a great man today. Eddie Van Halen, your guitar was legendary, and your music will live on forever." –George Takei

"RIP A genius, musical change maker, one of the greatest to ever do it! Eddie Van Halen, legendary guitarist, dies of cancer at 65" –David Alan Grier

"Sad to hear Eddie Van Halen has passed away. A guitar innovator with a fierce spirit of musical and technical exploration. Prayers and thoughts with his family and friends." –Cat Stevens

"Absolutely devastated to hear about the passing of Eddie Van Halen. He was a guitar legend !! Thank you for all the great music EVH." –Goo Goo Dolls

"This is a very hard one to take for so many of us…his influence and his music will go on forever, thank you for everything Eddie Van Halen RIP"– Taylor Momsen

"Eddie Van Halen. Gutted. 2020 sucks so bad it's unreal. RIP Ed. The band in heaven is smokin. Crank it up and let her rip!" –Michael Chiklis

"As a non musician, anyone who can play an instrument impresses me. What's mind blowing is how a genius like Eddie Van Halen can pick up that instrument and make it make a sound only they can. One that's instantly recognizable and will be forever." –Scott Van Pelt

"RIP Eddie Van Halen, 65. One of the greatest guitarists in music history and a delightfully warm, funny guy. 'To hell with the rules, if it sounds right – then it is.'" –Piers Morgan 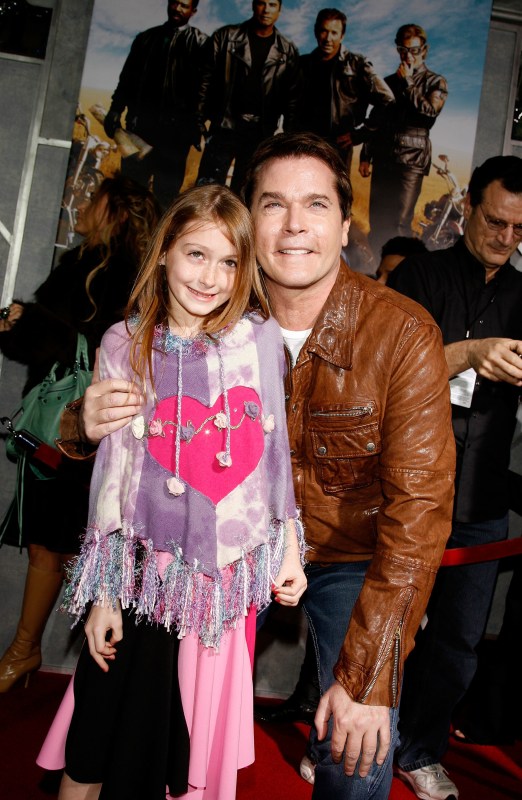