Charlie Watts, the beloved drummer of The Rolling Stones, passed away in London on Aug. 24 at 80. Charlie joined the Stones in 1963 and quickly became a fan favorite. His health had been in question recently following the early August announcement that he would not be joining the band on its "No Filter" tour through North America after undergoing a medical procedure for an unknown condition. Following his death, many top names in the entertainment world publicly paid tribute to the rocker on social media, including his bandmates. Mick Jagger posted a poignant photo on social media of Charlie smiling while playing the drums without any commentary. Keith Richards shared an image of a drum kit with a "Closed" sign hung on it. Ronnie posted a photo of himself with Charlie and the message, "I love you my fellow Gemini, I will dearly miss you. You are the best."

Keep reading to see how other stars are honoring Charlie…

"So sad to hear about Charlie Watts, Stones drummer, dying. He was a lovely guy. I knew he was ill, but I didn't know he was this ill. Lots of love to his wife and kids and his family, and his extended family, and condolences to the Stones. It's a huge blow to them because Charlie was a rock, a fantastic dummer, steady as a rock. Love you Charlie, have always loved you, you beautiful man." –Sir Paul McCartney

"A very sad day. Charlie Watts was the ultimate drummer. The most stylish of men, and such brilliant company. My deepest condolences to Shirley, Seraphina and Charlotte. And of course, The Rolling Stones." –Elton John

RELATED: See Charlie Watts and more rock stars when they were young

"A hero is gone. No words. A huge gaping hole in the universe. RIP Charlie Watts." –Sheryl Crow

"Full Moon. Rainbow. Always a sign. Charlie Watts wept at Keith Moon's funeral. I wish I was capable of such tears today. Instead I just want to say goodbye. Not a rock drummer, a jazz drummer really, and that's why the Stones swung like the Basie band!! Such a lovely man. God bless his wife and daughter, and I'll bet the horses will miss him too." –Pete Townshend

"We are extremely saddened to hear the passing of the legendary Charlie Watts. Our deepest condolences to Charlie's family and The Rolling Stones. Sincerely, from the guys in Aerosmith you've given us all so much! RIP CHARLIE." –Aerosmith

"The heartbeat of Rock & Roll. The Great Charlie Watts. all due respect." –Questlove

"#CHARLIEWATTS. The beat of The Stones. There are no words, every groove has spoken for itself." –Lenny Kravitz

"I first saw The @RollingStones in 1966 in the Bay Area and have been a fan ever since. Charlie Watts was one of the great drummers and will be missed. Rest easy Charlie" –John Fogerty

"In 2020 I painted his portrait as part of a series on my musician friends.⁣ Charlie Watts.⁣ A prince among thieves.⁣ A gentleman through and through.⁣ Rest in Peace." –Joan Baez

"Charlie Watts was the most elegant and dignified drummer in rock and roll. He played exactly what was needed – no more – no less. He is one of a kind." –Joan Jett

"I'm just shocked to hear about Charlie Watts. I don't know what to say, I feel terrible for Charlie's family. Charlie was a great drummer and I loved the Stones music, they made great records. Love & Mercy." –Brian Wilson

"Very sorry to hear of the passing of The Rolling Stones Drummer Charlie Watts. My deepest condolences to his family, the band and the fans." –Axl Rose

"I'm shocked and truly saddened at just now hearing the news that we lost the 'gentleman soul of rock and roll,' the queen bee of the hive that is The Rolling Stones, the original, Charlie Watts. The heart beat of one of the greatest bands of all time, a truly one of a kind musician who's influence is unquantifiable AND will continue to be for as long as there are musicians who are working to shed all that is not needed, to get to THE ESSENCE. I didn't even properly know you, but I love you Charlie, and I thank you for all that you gave us. I'm so grateful that through countless recordings we will always be not only hearing you , but FEELING you!" –Keith Urban

"Rock n roll would not be rock n roll without the rhythm, the style, the VIBE of this incredible musician. Rest In Peace #CharlieWatts, one of the greatest and most important architects of the music we love." –Tom Morello

"Drummers are the most ensnared individuals. Though they are loudest, they are the last to be heard. They have insecurities due to the fact that everyone has their back turned on them. Herein lies the band's secret; there is no greatness- without a great drummer. RIP Charlie Watts" –Perry Farrell

"This is Charlie Watts. Mourned and beloved by all." –Patti Smith

"RIP Charlie Watts, one of the greatest rock drummers ever and a real gentleman. Condolences to his family and the band. #charliewatts #RollingStones" –Bryan Adams

"Buddy would like to offer his deepest condolences, his love, and his prayers to the family of Charlie Watts, to Mick, Keith, Ronnie, and to everyone in the Rolling Stones camp. Friends till the end. All our love." –Buddy Guy

"Rest In Power #Charlie Watts RIP. You are a smooth brother. Thanks for all the great music." –Nile Rodgers

"AWFUL NEWS. One of the true timeless icons and the backbone of the Stones. Hard to fathom the loss. So very sad." –Paul Stanley

"A monumentally sad day learning my personal hero Charlie Watts has died. I'm devastated and my soul aches for Shirley, Serafina, the extended Watts family, and of course his band mates. I don't know what to say really. Charlie Watts Rest In Peace my friend…" –Max Weinberg

"#RestInBeats #CharlieWatts -session invited by the great ⁦@bernardfowler @RollingStones rehearsing 3 hrs of #StickyFingers for concerts. Mick pulled out the the salt & started his dance even. Mr CW finished a roll & pointed his sticks at me!? I was like Who me?" –Chuck D

"So saddened to hear about the passing of Charlie Watts. An absolute inspiration to a legion of drummers since the 1960's. A man of grace, style, dignity and composure." –Duran Duran

"No matter what song the Stones played… it always had a deep groove… that was Charlie Watts…he will be missed." –John Oates of Hall & Oates

"Devastating news, those in the know know he was the heart & soul of the band …. I had the absolute pleasure of meeting him a few times, a total gentleman… it goes without saying he will be sorely missed .. RIP Charlie" — Joe Elliott of Def Leppard

"I've been listening to Charlie Watts drum since 1964–57 years. Saw him at Foxboro before the pandemic. God, he was so good." –Stephen King

"He could have played into his 90's, but alas one of the true legends of Rock is now jamming with John, George, Prince, Hendrix, Petty and all of the others who left too soon. So blessed to have seen him in London in '18. RIP #CharlieWatts" –Josh Gad

"Saddened to hear about Charlie Watts. For those of us that love music, we've lost one of the true pioneers of rock-n-roll. A consummate performer and an even better human. There's so much to say about Charlie, but for now we will listen to the gift he gave us all – his music." –Nickelback

"RIP Charlie Watts somehow I had it in my brain that none of the @RollingStones would ever die. When I think about Charlie's drumming I think of the song Emotional Rescue and the whole album Black and Blue which is my favorite Stones album by far. A lifetime of inspiration" –Sebastian Bach

"A brilliant musician and a wonderful character, he was the cool, calm, ever-pounding heartbeat of the Stones. Very sad news." –Piers Morgan

"The end of an era. So sad. Thank you for all the great music, Charlie. You were the coolest. Rest in peace." –Paul Feig

"A very fine, gifted man…anchoring one of the very finest rock bands in history…Another Beautiful Soul…Thank You, Charlie…XXXXXX" –David Coverdale

"Cranking Sympathy For The Devil in honor of Charlie Watts. Drummers are the foundation of any great band. Charlie was the rock who kept the Stones rolling. RIP" –Michael Chiklis 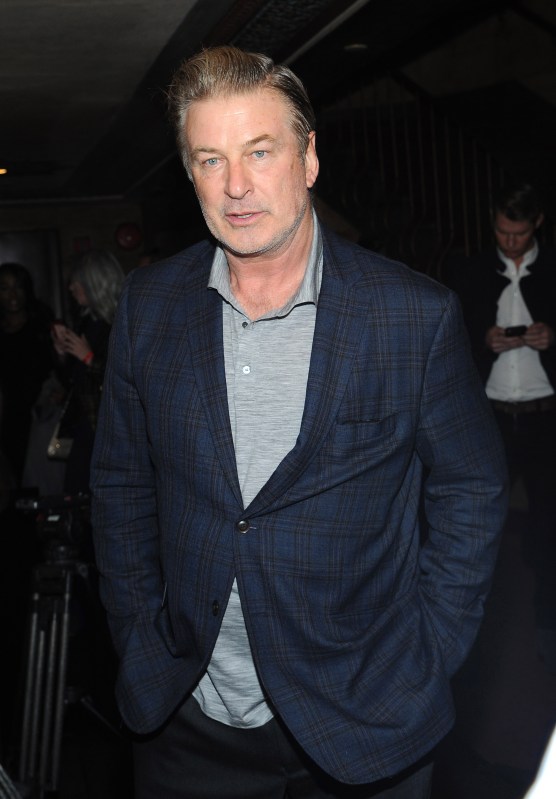