While many celebrities have been able to fully recover from novel coronavirus infections, some, sadly, haven't been as lucky. Join Wonderwall.com as we take a look at the stars we've lost due to the coronavirus pandemic… starting with Roy Horn. The German magician and entertainer who came to fame as half of the duo Siegfried & Roy — and whose career was cut short when he was attacked by one of their famed white tigers on stage in 2003 — died in Las Vegas on May 8 from complications related to COVID-19, his rep confirmed. Roy, who was 75, was diagnosed with the coronavirus in late April.  "Today, the world has lost one of the greats of magic, but I have lost my best friend," Siegfried Fischbacher said in a statement. "From the moment we met, I knew Roy and I, together, would change the world. There could be no Siegfried without Roy, and no Roy without Siegfried." He continued, "Roy was a fighter his whole life including during these final days. I give my heartfelt appreciation to the team of doctors, nurses and staff at Mountain View Hospital who worked heroically against this insidious virus that ultimately took Roy's life." Keep reading for more stars we've lost to the virus…

Former Dream Street singer Chris Trousdale died from complications due to the coronavirus in Burbank, California, on June 2. He was 34. After hitting it big musically, the former boy band member went on to star on TV shows like "Days of our Lives" and "Shake it Up."

On April 7, country-folk singer and songwriter John Prine, who was known for his raspy vocals and plain-spoken style, passed away from complications caused by COVID-19. He was 73. In addition to being inducted into the Songwriters Hall of Fame, John — a real songwriter's songwriter beloved by fans and musicians alike — was the recipient of a Grammy lifetime achievement award in 2020. He also has two other Grammys.

Adam Schlesinger, a noted songwriter and co-founder of the pop-rock band Fountains of Wayne, passed away on April 1 from complications related to COVID-19. He was 52. The beloved musician, who released the hit song "Stacy's Mom" in 2003, was also an Emmy Award-winning songwriter for the musical TV series "Crazy Ex-Girlfriend." The New York City native also notably penned the title song for the Tom Hanks-directed movie "That Thing You Do!," which earned him Oscar and Golden Globe Awards in 1997.

Gospel singer Troy Sneed died at a hospital in Jacksonville, Florida, on April 27 from complications of the coronavirus. He was 52. Troy was nominated for a Grammy for his work on the 1999 gospel album "Higher."

Steve Dalkowski, the wild and hard-throwing left-handed minor league pitcher who inspired the character Nuke LaLoosh in the movie "Bull Durham" — but never pitched in a big league game — died on April 19, 2020, at the Hospital of Central Connecticut in New Britain, Connecticut, due to complications of COVID-19. His sister said he had several pre-existing conditions that led to his death. The former athlete — who was 80 when he passed away — had been in an assisted living facility for 26 years due to alcoholic dementia.

Fred The Godson, a Bronx-based rapper and hip-hop radio fixture, revealed on April 6 that he'd been hospitalized after contracting COVID-19. On April 23, Fred (real name: Frederick Thomas) died from complications of the coronavirus, his rep confirmed. He was 35.

Country singer Joe Diffie died on March 29 from complications caused by the coronavirus. He was 61. His hit songs include "Home," "If the Devil Danced (In Empty Pockets)" and "Bigger Than the Beatles." At the 1993 Grammy Awards, Joe — a member of the Grand Ole Opry for 25 years — was nominated for best country collaboration with vocals for the song "Not Too Much to Ask" with Mary Chapin Carpenter.

Jazz pianist Ellis Marsalis Jr. died on April 1 from coronavirus-related complications. The legendary musician from New Orleans — whose children include noted musicians Branford Marsalis and Wynton Marsalis — was 85. Said Branford, "My dad was a giant of a musician and teacher, but an even greater father. He poured everything he had into making us the best of what we could be."

On March 25, actor Mark Blum died after contracting the novel coronavirus. He was 69. Mark rose to fame after landing a starring role in the 1985 film "Desperately Seeking Susan." The New York City native, a theater veteran, also notably appeared in films including "Crocodile Dundee" and "I Don't Know How She Does It" and in more recent years was on TV's "Succession," "You" and "Mozart in the Jungle."

Cinematographer Allen Daviau — a five-time Oscar nominee for films including "E.T. the Extra Terrestrial," "The Color Purple," "Empire of the Sun" and "Bugsy" — died at a Los Angeles hospital from complications of COVID-19 on April 15 at 77. "E.T." filmmaker Steven Spielberg was among the stars who mourned, sharing in a statement about Allen, "His warmth and humanity were as powerful as his lens. He was a singular talent and a beautiful human being."

Italian actress Lucia Bosè died on March 23 from coronavirus-related complications. She was 89. She reached the peak of her fame in the 1950s during the time of Italian Neorealism. Her filmography includes "Three Girls from Rome," "Concert of Intrigue," "Nocturne 29" and "The Picasso Summer."

On March 24, acclaimed playwright Terrence McNally passed away in a Florida hospital from complications caused by COVID-19. He was 81 and had previously survived lung cancer and was living with COPD. In 2018, he was inducted into the American Academy of Arts and Letters and in 2019, he was the recipient of a special Tony Award for lifetime achievement. His list of accolades also include four other Tonys (for writing the books for the musicals "Ragtime" and "Kiss of the Spider Woman" and penning the plays "Love! Valour! Compassion!" and "Master Class") and an Emmy for writing the TV version of his play "Andre's Mother" as well as two Guggenheim fellowships.

Singer-songwriter and musician Manu Dibango, who was known for playing the saxophone and vibraphone, passed away on March 24 at 84 from COVID-19 complications. He was best known for his single "Soul Makossa," which came out in 1972.

Celebrated jazz saxophonist Lee Konitz died from pneumonia related to COVID-19 on April 15. He was 92. The musician, whose career lasted for seven decades, was the last surviving performer on Miles Davis' landmark "Birth of the Cool" album, Billboard reported.

Japanese comedian Ken Shimura, who co-starred on the Japanese variety show "Shimura Ken no Bakatonosama," passed away on March 29 from COVID-19 health complications. He was 70. Known for his slapstick comedy, Ken was often referred to as "Japan's Robin Williams."

"Top Chef Masters" winner Floyd Cardoz died on March 25 due to complications from the novel coronavirus. The 59-year-old celebrity chef, who cooked on dozens of TV shows, was admitted to a New Jersey hospital after he fell ill upon returning from a trip to Mumbai in March.

Actress-turned-author Patricia Bosworth, who starred alongside Audrey Hepburn in "The Nun's Story," died in New York on April 2 from pneumonia brought on by the novel coronavirus. She was 86. Her works include "The Men in My Life: A Memoir of Love and Art in 1950s," "Anything Your Little Heart Desires: An American Family Story" and "Jane Fonda: The Private Life of a Public Woman."

Jazz trumpeter Wallace Roney passed away on March 31 from complications of COVID-19. He was 59. The Grammy winner famously studied with Miles Davis from 1985 until the acclaimed musician's death in 1991. Philadelphia-born Wallace's albums include "Verses," "Obsession" and "No Room for Argument."

Jazz guitarist John "Bucky" Pizzarelli, 94, died on April 1 from COVID-19 at his New Jersey home. Bucky — the father of noted musicians John Pizzarelli and Martin Pizzarelli — collaborated with artists including Benny Goodman, Antônio Carlos Jobim and Stéphane Grappelli during his lengthy career. He was also a staff musician in The Tonight Show Band on "The Tonight Show Starring Johnny Carson" in 1964.

On March 29, singer, songwriter and guitarist Alan Merrill died from complications caused by the novel coronavirus. He was 69. Along with being the writer and lead vocalist of the original version of the track "I Love Rock 'n' Roll, which was first recorded by the Arrows in 1975 and later made famous by Joan Jett, Alan was known as the first Western musician to reach pop star status in Japan.

English actress Hilary Heath (also known as Hilary Dwyer) passed away on March 30 from complications related to COVID-19. She was 74. Hilary landed roles in films including 1968's "Witchfinder General" and 1970's "Wuthering Heights." The Liverpool native was best known for her many appearances in horror films in the late 1960s and early 1970s. She's seen here in the 1970 horror movie "Cry of the Banshee."

Actor Allen Garfield, 80, died on April 7 from COVID-19. His impressive roster of credits include appearances in films like "Irreconcilable Differences," "Beverly Hills Cop II" and "Diabolique." He is pictured here on an episode of the series "Sports Night" in 2000.

According to a statement from her brother, Prince Sixto Enrique, Princess Maria Teresa of Bourbon-Parma is the world's first royal to die from the coronavirus. She passed away in Paris on March 26 at 86. Maria Teresa is a distant cousin of Spain's King Felipe VI.

English actor Jay Benedict died on April 4 from health complications caused by the coronavirus. He was 68. He appeared in films including "Aliens" and "The Dark Knight Rises."

Beloved acting teacher Wynn Handman — who co-founded and served as director of New York City's American Place Theatre, an influential part of the off-Broadway scene following its 1963 opening — died at 97 on April 11 from complications of COVID-19. His theater championed new playwrights like a young Sam Shepard and cast actors like Robert de Niro, Dustin Hoffman, Raul Julia, Faye Dunaway and John Leguizamo early in their careers.

Musician-producer Hal Willner, 64, died at home in New York City on April 7. He had symptoms consistent with those caused COVID-19 though was unable to get tested before his death. The Philadelphia native was famously known for coordinating tribute albums that featured an array of musicians and musical styles including rock, jazz, and classical. He was also a longtime sketch music producer on "Saturday Night Live." 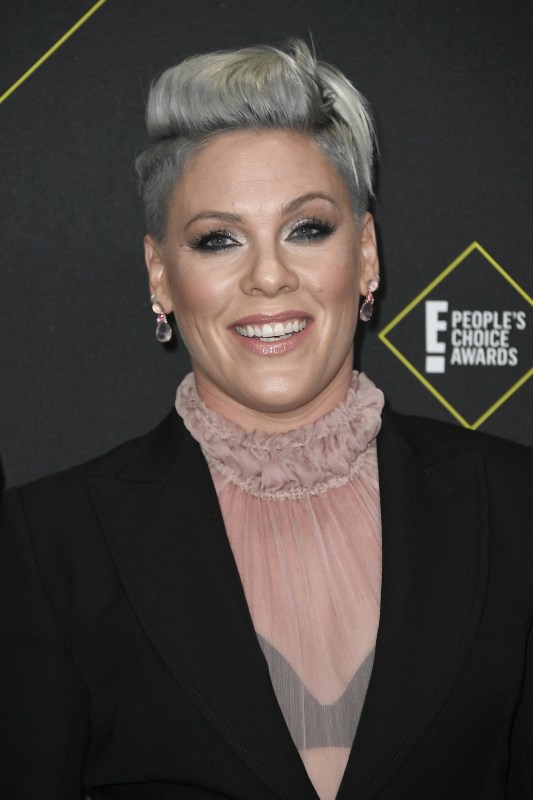 Up Next The week in music