Colin Powell, the first Black U.S. secretary of state, passed away on Oct. 18, 2021, due to COVID-19 complications. He was 84. The former four-star general, who helped shape American foreign policy for decades under multiple Republican administrations, was fully vaccinated but also suffered from multiple myeloma, a cancer of plasma cells that suppresses the body's immune response, the former general's longtime chief of staff, Peggy Cifrino, confirmed to CNN, adding that the leader "also had Parkinson's, which put him at high risk with an immuno compromised system." Following his death, many Hollywood celebrities and prominent politicians paid homage to him on social media.

Keep reading to see how he's being publicly honored…

"Colin Powell lived his life being first but always put himself second – to his country, to his soldiers, to his family. May his selflessness and patriotism inspire all of us, every day." —Arnold Schwarzenegger

RELATED: Stars we lost to COVID-19

"In these times we need the minds of great men like him … now he is gone. I don't even have the words. My deepest condolences to the Powell family and all those that love him. Rest In Peace Mr. Colin Powell. You will be GREATLY missed" —Jada Pinkett Smith

"Oh man! Another great loss! You left a huge legacy and therefore will leave a huge hole! I have an abundance of gratitude for your life. Rest in glorious peace sir! I salute you. Prayers for your loved ones." –Viola Davis

"Laura and I are deeply saddened by the death of Colin Powell. He was a great public servant, starting with his time as a soldier during Vietnam. Many Presidents relied on General Powell's counsel and experience. He was National Security Adviser under President Reagan, Chairman of the Joint Chiefs of Staff under my father and President Clinton, and Secretary of State during my Administration. He was such a favorite of Presidents that he earned the Presidential Medal of Freedom – twice. He was highly respected at home and abroad. And most important, Colin was a family man and a friend. Laura and I send Alma and their children our sincere condolences as they remember the life of a great man." –George W. Bush

"Very sorry to learn that Colin Powell has passed away. My heart goes out to the family today. Sir, Thank you for your devoted service to our country. It was an honor to know you and call you friend. Rest In Peace. God bless." –Gary Sinise

"I will never forget The General #ColinPowell" –Wyclef Jean

"General Colin Powell understood what was best in this country, and tried to bring his own life, career, and public statements in line with that ideal. Michelle and I will always look to him as an example of what America—and Americans—can and should be." — Barack Obama

"Colin Powell was a good man. He will be remembered as one of our great Americans… Colin embodied the highest ideals of both warrior and diplomat. He was committed to our nation's strength and security above all. Having fought in wars, he understood better than anyone that military might alone was not enough to maintain our peace and prosperity. From his front-seat view of history, advising presidents and shaping our nation's policies, Colin led with his personal commitment to the democratic values that make our country strong. Time and again, he put country before self, before party, before all else — in uniform and out — and it earned him the universal respect of the American people" –Joe Biden

"I worked with Colin Powell in advocating for investment in early childhood development. He was generous and kind. And I know he was anguished and regretted his support of the invasion of Iraq. May he Rest In Peace." –Rob Reiner

"A true patriot and public servant, we were honored to work beside him to strengthen communities in the United States, help resolve conflict in Haiti, and observe elections in Jamaica. His courage and integrity will be an inspiration for generations to come." –Jimmy Carter

"Colin Powell was an inspiring leader, trailblazer, role model & committed public servant. Alongside hundreds of millions, I always respected his exemplary military service and his choice to put country over party. My thoughts are with Alma & their children in this difficult time." –Al Gore

"Absolutely gutted to hear of the passing of Colin Powell. Having it be from complications due to Covid makes it all the more painful. I salute you sir, for all that you did for this great nation." –Ron Perlman

"Colin Powell was a true American Patriot who served our Nation with distinction in uniform, as a four-star general, National Security Advisor, Chairman of the Joint Chiefs and as 65th Secretary of State. Karen and I are praying for his wife, Alma, and the entire Powell family." –Mike Pence

"For 20 years I've had the honor of sharing the stage of the National Memorial Day concert with General Colin Powell. I share the loss of a dear friend with our country who has lost one of its greatest patriots. #ColinPowell" –Joe Mantegna

"Colin Powell; made the world a better place. the 'ROTC can always be proud of him as well as Harlem.' A humble man who listened. 'Never a shot in anger' Fare well." –George Foreman

"Today, the nation has lost an historic leader who dedicated his life to defending our nation and our families. General Colin Powell was a patriot whose leadership strengthened America and whose life embodied the American Dream. The sad loss of Colin Powell is another sad indication of the toll that the coronavirus continues to take on our country.  As we pray for the General Powell's loved ones, we pray for the families of the nearly 725,000 Americans who have been taken from us by this vicious virus. May it be a comfort to Alma and the entire Powell family that so many in America mourn their loss and pray for them at this sad time." –Nancy Pelosi

"I thank God I knew #ColinPowell, as Joint Chief of Staff, Secretary of State, traveling in Africa, or at home with his beloved wife Alma. He was consistent before the camera or quiet at home. He was a man of integrity & blessed with a worldview; not a polarizer, but a reconciler. He saw evil in the world, but believed good would triumph over evil. In that truth he found his strength of character to do right. Generations will benefit from his integrity. I loved Colin Power for his friendship & his wise counsel down through the years. #colinpowell #rip" –Rev. Jesse Jackson

"Bill and I will always be grateful for the chances we had to work with and serve with General Colin Powell. Our thoughts are with Alma and the entire Powell family." –Hillary Clinton

"He broke so many glass ceilings for African-Americans. He never forgot where he came from. Rest in Power, Colin Powell." –Ana Navarro-Cardenas

"Secretary Colin Powell spent his life serving our country. He was an example of solid leadership for generations of service members, including myself. Sending my thoughts and condolences to his family upon the sad news of his passing." –Mark Kelly

"Unselfishly serving our country, breaking barriers, and demonstrating leadership throughout his life, Colin Powell set an example of public service and statesmanship that will be remembered for generations. Chasten and I send our condolences to his wife Alma, and their children." –Pete Buttigieg

"My thoughts are with the loved ones of Colin Powell, whom we lost today. Powell made history as the first African American Secretary of State, after serving as Chairman of the Joint Chiefs of Staff. A man of principle, he was a strong critic of those who put party over country." –George Takei

"Today, the nation lost a man of undaunted courage and a champion of character. A statesman & trailblazer, devoted to America and the cause of liberty, Colin Powell's legacy of service & honor will long inspire. Ann & I offer our love & sincere condolences to Alma and his family." –Sen. Mitt Romney

"Colin Powell never quit serving when he retired from the military and government. He devoted so much to our nation's children with America's Promise. Our prayers are with his wife Alma and their family." –Amy Klobuchar

"Colin Powell served as a four-star Army general, chairman of the Joint Chiefs of Staff, & Secretary of State. He was a highly accomplished individual who made so many people in this country proud, especially those of us in the Black community. May he rest in peace." –Maxine Waters

"The life, impact, and legacy of Colin Powell will long be remembered and admired—we are a better nation for his dedication and leadership, for his guidance and love of country. My prayers are with his family and loved ones on this tremendous loss." –Adam Kinzinger

"General Colin Powell was a man of deep intellect, courage and patriotism, whose life was defined by service to country. America will miss him dearly – but his incomparable legacy will live on. My prayers are with his family and friends, and those he inspired to service." –Adam Schiff

"General Colin Powell's death is so shocking and heartbreaking. He had some tough moments around our wars, but was a fundamentally good and decent man and a great American we could all be proud of. I know my Caribbean-American fam certainly are. Wishing peace to his soul & family." –Joy Reid

"General Colin Powell once showed me his personal 'life rules' chart that he took everywhere. It included: 'Get mad, then get over it. Share credit. Remain calm. Be kind. Have a vision. Be demanding.' They seem like pretty damn good life rules to me. What a great man." –Piers Morgan

"My condolences to the family of Colin Powell. Though we disagreed on many issues, I always respected him and was proud of his achievements. When he and I ran into each other and conversed, I always left feeling he was a sincere and committed man to what he believed in. RIP" –Rev. Al Sharpton

"Colin Powell was a great American and a good friend. I was one of a small, but determined group, that urged him to run for President in 1996. What if???" –Rudy Giuliani 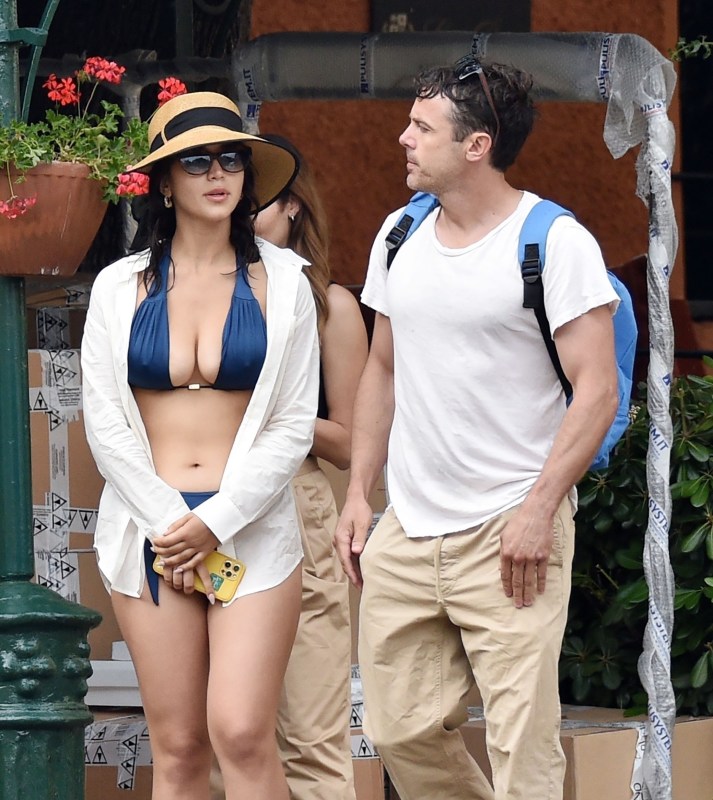