The tabloids frequently allege Chris Hemsworth and Elsa Pataky are splitting. Gossip Cop has debunked several bogus reports about the happy couple's marriage. Here are a few wrong rumors on the subject. 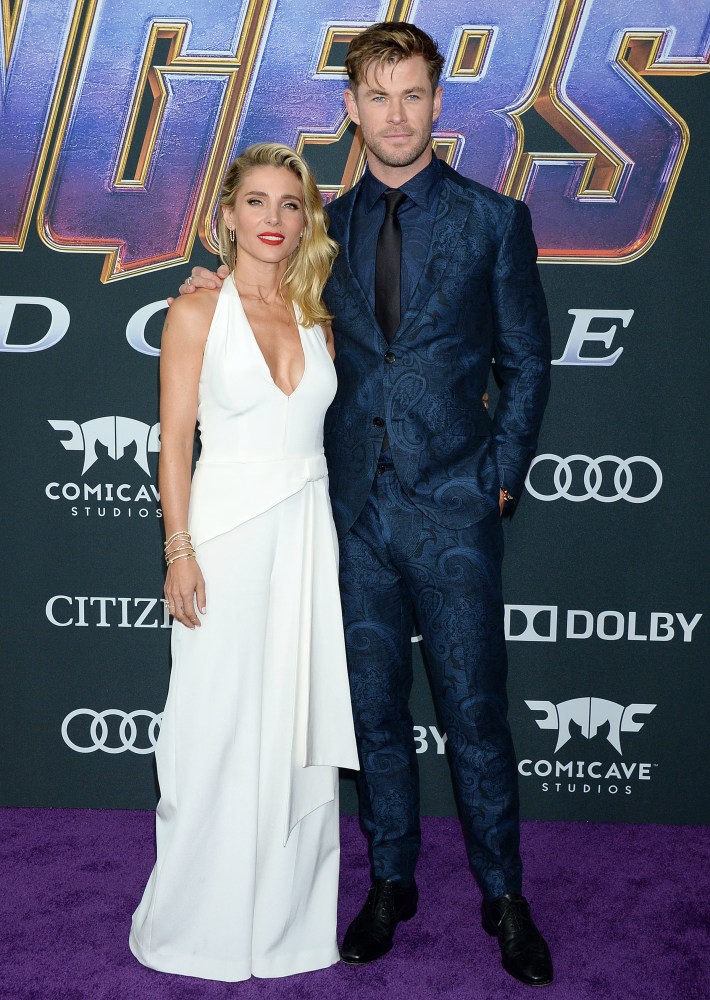 Back in October, Gossip Cop busted OK! for falsely claiming Hemsworth's wife was tired of him supposedly putting work before their family, and their marriage was suffering as a result. According to the outlet, Pataky gets "overwhelmed" when the actor leaves home to shoot a movie, forcing her to look after their three young kids.

Around the same time the story emerged, however, Hemsworth told GQ that some of his "roles have suffered" because he prioritizes his family over his career. "There's definitely a couple of films I could've put way more energy into but I was like, 'No, I'd rather be with my kids,'" explained the actor. OK! also failed to mention that Hemsworth's wife and kids were with him in Europe and Morocco while he shot Men in Black International last year.

Gossip Cop called out Woman's Day last year for wrongly reporting that Hemsworth and Pataky were having marriage problems simply because she was spotted without her wedding ring. The tabloid didn't mention that the spouses were spotted showing a ton of PDA in Australia less than two weeks prior. Shortly after we debunked the story, Pataky posted on Instagram for her husband's birthday, writing, "I love you to death." The spouses weren't headed for a divorce simply because the actress stepped out without a piece of jewelry.

Also last year, Gossip Cop busted NW for wrongly speculating that the reason Pataky didn't join Hemsworth at the premiere of Avengers: Infinity War was because they were having marital issues. The outlet even alleged that Hemsworth intentionally didn't invite his wife to the event. In reality, the reason Pataky didn't go to the Los Angeles premiere was because she was in Australia shooting her Netflix show "Tidelands." It's worth noting, Pataky was by her husband's side at the premiere of Avengers: Endgame this past April.

And in 2017, Gossip Cop debunked an OK! article about Hemsworth and Pataky being in the midst of a "marriage crisis" while supposedly fighting over their family and careers. The tabloid contended that the actress wanted her husband to slow down his career so she could pursue more roles herself. "She doesn't want Chris to miss out on experiences while the kids are growing up, and also wants her chance to properly get back into the acting game," a supposed source told the publication.

As noted above, Hemsworth has made it clear that he's more committed to his family than his film career. And just before the article emerged, Hemsworth and Pataky had wrapped production on the war drama 12 Strong, in which they play husband and wife. The spouses have been able to balance their work and family commitments, and even manage to collaborate together professionally. The spouses of eight years are still going strong.

Brad Pitt Did NOT Threaten Angelina Jolie With 'Cash Fine' Over Divorce Deadline, Despite Report