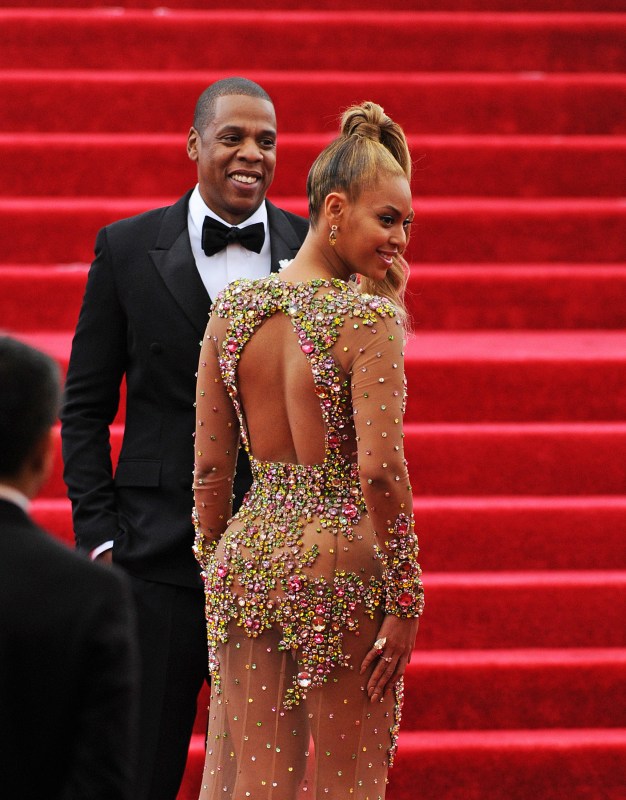 Beyonce is NOT acting "moody" while pregnant and bossing around Jay Z, despite a made-up webloid report. Gossip Cop can exclusively debunk this claim. We're told it's "false."

As Gossip Cop reported, Beyonce announced she's pregnant with twins earlier this month, but according to RadarOnline, she's become a "demanding diva" since conceiving. A so-called "source" tells the site, "Beyonce has been yelling at almost everyone who works for them because she says that no one is living up to her expectations right now."

The outlet's dubious insider adds, "She is so afraid that people that they have working for them are going to leak information to the press that she ordered Jay Z to tell their entire staff that they are off until further notice!" The site's questionable source goes on to purport that the couple is "fighting non-stop" and the rapper has become "super stressed out" during his wife's pregnancy.

Gossip Cop, however, checked in with a reliable source close to the situation, who exclusively assures us that Jay Z and Beyonce are overjoyed about having twins, and the claim about her being "demanding" and "moody" is entirely "false." Additionally, Beyonce excitedly broke the news on Instagram with a post that said, "We would like to share our love and happiness. We have been blessed two times over. We are incredibly grateful that our family will be growing by two, and we thank you for your well wishes. — The Carters."