One of the tabloids claims Courteney Cox refuses to marry boyfriend Johnny McDaid unless he signs a prenup. The story is completely made-up. Gossip Cop can debunk it. 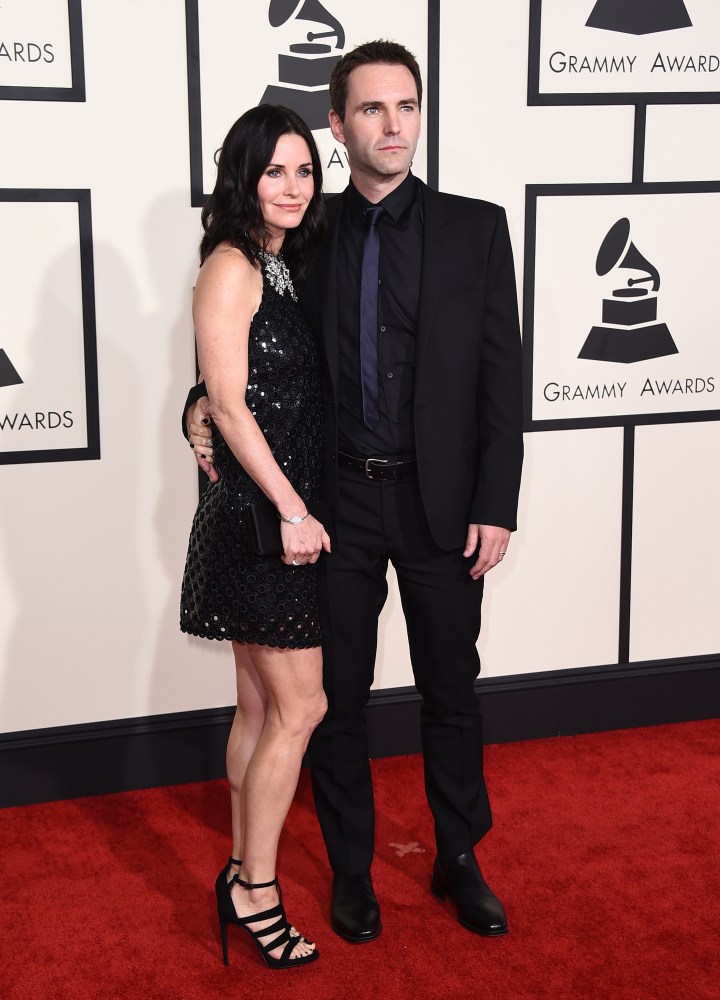 A headline in the latest issue of Star reads, "Courteney & Johnny: Why They'll Never Marry!" The accompanying article pretends to have insight into why the actress and her boyfriend haven't tied the knot. An alleged insider tells the magazine, "Court got massively ripped off in her divorce from David Arquette, and her lawyers have taught her since then to put her financial needs first."

The outlet's questionable source continues, "She will not get married unless Johnny signs a prenup that would basically give him nothing if they ever divorced." The supposed tipster goes on to note that the "Friends" star is worth significantly more than the Snow Patrol rocker, before adding, "Court is just leaving things as they are. She doesn't need the white gown and the walk down the aisle. For these two, it's looking more like 'I never!'"

The magazine's account of the couple's relationship simply isn't accurate. Gossip Cop checked in with a source close to Cox, who tells us on the condition of anonymity that the tabloid's story is fabricated. Although the actress and her boyfriend may not be headed down the aisle any time soon, it has nothing to do with a dispute over a prenup.

In fact, Cox opened up about her romance with McDaid at the Irish Arts Center Spirit of Ireland Gala in New York City last month. When asked if she and the rocker had gotten hitched, the actress responded, "We're not married. I'm married in my heart." She went on to suggest that the formality of marriage isn't important to her, noting that the term "husband" is just "a label." For his part, McDaid added, "My thoughts are never without Court. She's my best friend. She's my partner, in everything." It certainly doesn't sound like there's any drama between the happy couple, despite Star trying to create a nonexistent battle over a prenup.

Earlier this year, Gossip Cop called out the tabloid's sister outlet, OK!, for making up a bogus story about the actress's relationship with her ex-husband. The publication falsely claimed that Cox was battling with Arquette over how to raise their 14-year-old daughter Coco. In reality, the exes have both said in recent interviews that they've remained friendly and work together to co-parent their teenage daughter. This new article about Cox's current relationship is no more accurate.

Ellen DeGeneres Ready To 'Bury The Hatchet' With Kelly Ripa?

Nicole Kidman Moving To London To Save Daughter From Scientology?