Drake and Blac Chyna are not dating, contrary to reports that surfaced on Tuesday. Gossip Cop can bust the untrue stories. While the pair have known each other for years, there is no romance between them. 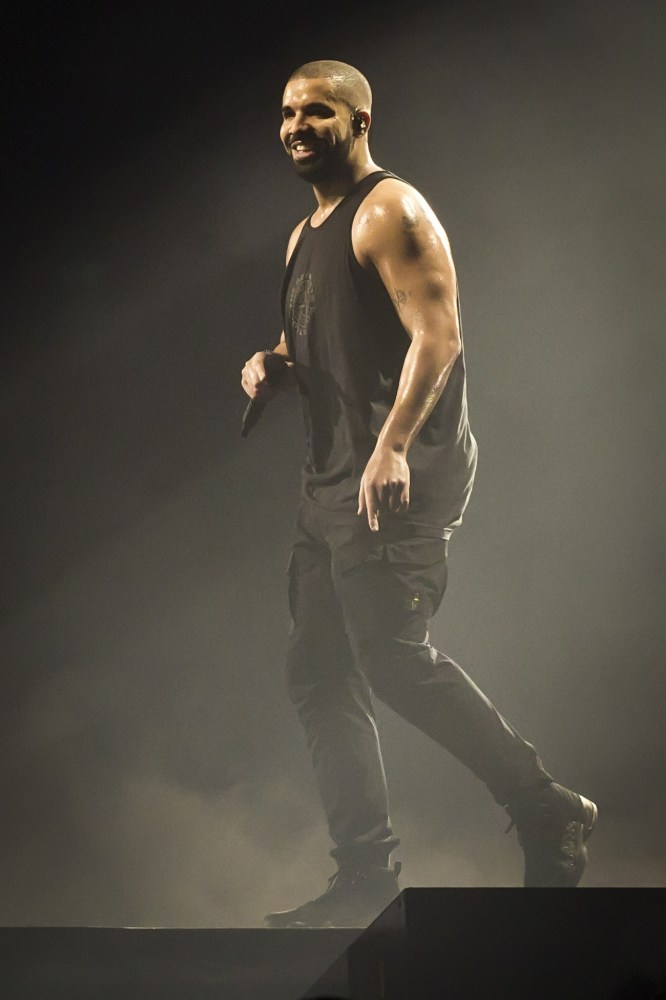 But the relationship narratives were sparked after Drake and Chyna were seen leaving The Nice Guy separately after partying on Tuesday night. MediaTakeOut is now using that to suggest the stars are romantically involved. "According to multiple sources inside, Chyna and Drake spent the entire night together talking in VIP together," claims the site, which provides no evidence to back up its assertion.

The blog, which grossly throws in that Drake "loves well endowed women with loose morals," maintains he and Chyna have "dated each other in the past," and contends "this is the first time n more [sic] than 3 years that they've been seen out together." Of course, they weren't "seen out together." Paparazzi photographed them separately and at different times. The website even acknowledges that Chyna left "shortly after" the rapper. It should also be noted that video shows Drake and Chyna departed the venue in separate vehicles.

Though the outlet's story amounts to conjecture and unverified allegations from untraceable "sources," the lemmings at HollywoodLife saw fit to pick up the report and do its own speculative story. "Drake Spotted Leaving The Club With Blac Chyna — Are They Dating?" asks the online publication in a headline. Writes the site, "The rumor mill is working overtime after Drake and Blac Chyna were reportedly spotted inside Hollywood hotspot, The Nice Guy, getting pretty cozy together!"

Of course, HollywoodLies, as it's nicknamed, doesn't take any responsibility for contributing to the "rumor mill." And the blog admits "it's unclear if the two hooked up," yet still fuels the speculation. Both outlets point out that Drake referenced Chyna on his 2010 song, "Miss Me," and that Drake and Tyga seemed to have beef involving Chyna in 2014.

But having those past connections and leaving a club in separate cars does not prove Drake and Chyna are currently dating. While a spokesperson for Drake declined to comment, a confidante tells us off the record that the dating claims are "B.S." A rep for Chyna has not yet replied to our fact-checking inquiry.

It bears remembering that MediaFakeOut has earned its nicknamed by peddling bogus stories about celebrities, including these two. Last year, for example, the website offered an entirely phony tale about Drake exchanging DMs with Emma Stone. Also last year, the publication insisted Chyna was pregnant again. Gossip Cop observed in January that a full year had passed since that lie, showing just how untrue it was. Time will also prove this dating claim is untrue as well.

Kate Middleton, Meghan Markle "still don't get along" claim is not true

Carrie Fisher did NOT die of AIDS, despite report