Emily Blunt and John Krasinski are not having marriage problems, despite a completely untrue tabloid report. Gossip Cop can debunk the nonexistent drama. There's simply no truth to it. 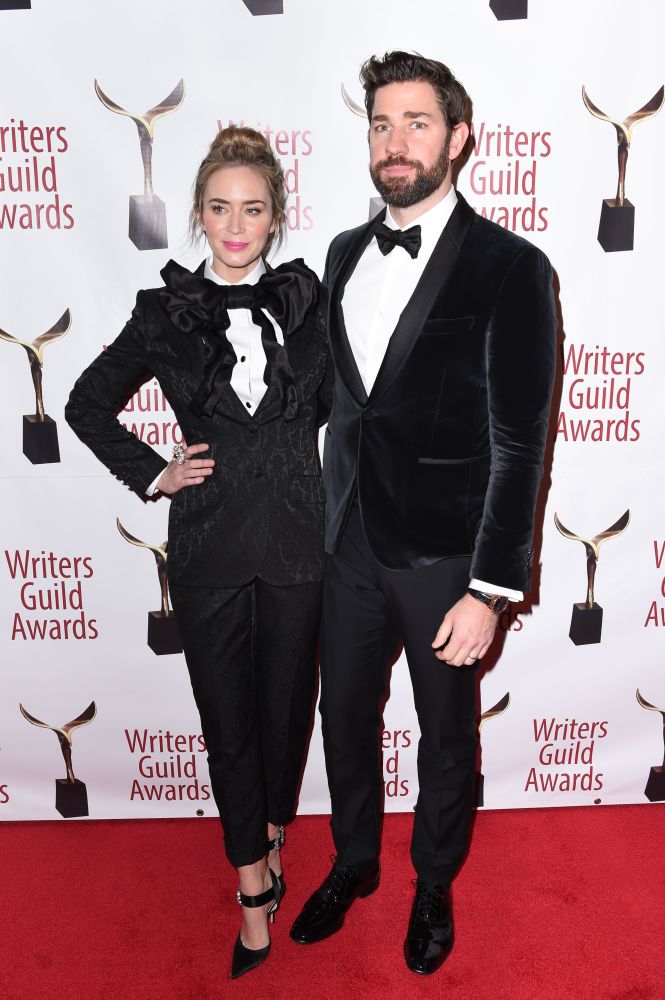 "John & Emily: Trouble In Paradise?" reads a headline in the latest issue of OK!, which says the spouses have been spending an increasing amount of time apart. "They've been going through a rough patch," says a supposed source, adding that the two are often "bickering or not speaking at all."

One of the alleged problems between the couple is said to be Krasinski's rising success. "In the beginning, Emily was the bigger star and John was extremely accommodating when it came to her schedule," says the suspicious source. "But these days, he has just as much star power and is super busy. He's got a lot riding on his shoulders, and the pressure to turn out another hit is huge right now."

In addition to being untrue, the tabloid's story doesn't make much sense. The primary example given by the magazine of Krasinski's recent success is last year's hit thriller A Quiet Place, which he directed and co-wrote, in addition to co-starring alongside his wife. Blunt had the lead role in the film and enjoyed its critical and commercial success just as much as her husband.

As for the idea the actor isn't as "accommodating" to his wife's schedule as he once was, this notion is very flawed considering that the spouses are gearing up to start shooting the sequel to A Quiet Place. Krasinski and Blunt will be working side-by-side for the next several months, despite the unreliable outlet insisting "time apart" has caused friction between them.

The magazine then points to Blunt attending last week's Met Gala alone as an indicator that her marriage is on the rocks. Here's what the outlet doesn't realize or purposely fails to mention: Krasinski was in western New York last week scouting locations for A Quiet Place 2. The actor didn't attend the Met Gala because he's prepping for the film that him and his wife will be shooting together.

Additionally, the publication's story is based on claims from an anonymous and untraceable tipster, but a spokesperson for Blunt and Krasinski calls it "ridiculous." The couple's rep, who's qualified to speak on their behalf, confirms they're not having marriage problems and the claim otherwise "couldn't be further from the truth."

Unfortunately, this isn't the first time we've had to call out OK! for attempting to create imaginary issues in the couple's relationship. Back when the spouses were filming A Quiet Place, we busted the tabloid for falsely claiming Blunt was bossing around Krasinski on set. This latest article regarding the couple's marriage is more nonsense.

Katie Holmes "Dumped" By Jamie Foxx At The Altar?