'Flip or Flop' stars won't be paid for spin-offs

Since Christina and Tarek El Moussa scored a hit with their show, "Flip or Flop," HGTV has found a way to capitalize on their success by lining up five spin-off shows set in other cities. But when the checks start rolling in for the franchises, the newly minted exes who started the whole thing won't get a cut of the profits. TMZ reports the former couple knew there was no extra cash in the deal for them when the spin-offs were arranged. Tarek filed for divorce from Christina in January and has since been focused on spending time with his children. Christina has been less vocal than her ex about what she's up to in the wake of their split, but both have said they plan to continue working together on "Flip or Flop."

Amanda Seyfried clearly picked a guy who appreciates her in fiance Thomas Sadoski. The smitten "Wild" star recently checked in with Us Weekly about the couple's future as parents, telling the magazine that while he's "terrified" about becoming a dad, he's all about watching his main squeeze prepare for motherhood. "I am more proud of Amanda than I've ever been of anybody in my entire life because she's been an incredible mom already, and we haven't even gotten to go time yet," he said. "She's just so thoughtful, careful, loving, caring, giving, kind, generous, fun, funny. You can see it all going in there. And that level of attention that is being paid already, with all of that focus and energy and that kindness and goodness of spirit and heart, it's an amazing thing to witness."

Pop BFFs Taylor Swift and Ed Sheeran are "definitely" planning to release a collaboration. That's the latest from Ed, who chatted with E! News at the iHeartRadio Music Awards over the weekend. The singer declined to share any information about when the new project might be unveiled, saying only that it would be available "in our lifetime." He recently implied to BBC that his collaboration with Taylor would come sometime after she releases her next album. "Taylor [Swift] isn't going to be releasing until probably the end of this year — Christmas is the smartest time to release because that's when everyone buys records," he said. "So I've got a full year of just all Ed, all the time."

Caitlyn Jenner found a creative use for her 2011 Porsche 911 GT3 RS: She's selling it so she can start a foundation that will advocate for equal rights for transgender people while fighting bullying and discrimination in fields like housing and health care. "Out of the L, the G, the B, and the T, the T is by far the most neglected and the most underfunded. And there are so many great organizations out there that do wonderful work. They're on the ground. And they survive on literally no funding," she tells Vanity Fair. "One of my passions after going through everything I've been through over the past few years is to help and be in a position to raise money." As for the Porsche? "I had this Porsche, and I thought, What a great opportunity to sell it, hopefully get a good price for it, and then donate all of the money to the foundation as good starter money for the foundation," Caitlyn says. "And then we'll give the money away." In addition to her work on the Caitlyn Jenner Foundation, caitlyn is working on a memoir.

Chris Martin joined the 40 club last week and he celebrated on Friday, March 3, with a party that proved age is just a number. Us Weekly reports the Coldplay frontman decked out his Malibu, California, home with "Charlie and the Chocolate Factory"-themed toadstools and lollipops, adding details like napkins announcing it was "Chris' 40th" in a font that mimicked the 1971 movie's style. Guests reportedly included Beyoncé and Jay Z, James Corden, Robert Downey Jr., Rob Lowe, Barbra Streisand and Orlando Bloom. No word if Chris' consciously uncoupled ex and good friend Gwyneth Paltrow joined the group to help celebrate.

Multiple British press outlets are calling Prince William and Duchess Kate the U.K.'s "unofficial Brexit ambassadors" as the couple plans a trip to Germany and Poland this summer in a show of good faith to their European neighbors following their country's controversial decision to leave the European Union. According to the Telegraph (via Celebitchy), Will and Kate's July visit to Germany will include a stop in Berlin, where they'll meet with German Chancellor Angela Merkel. In Poland, the couple will reportedly sit down with Prime Minister Beata Szydlo. They're also slated to visit the site of the Auschwitz concentration camp. 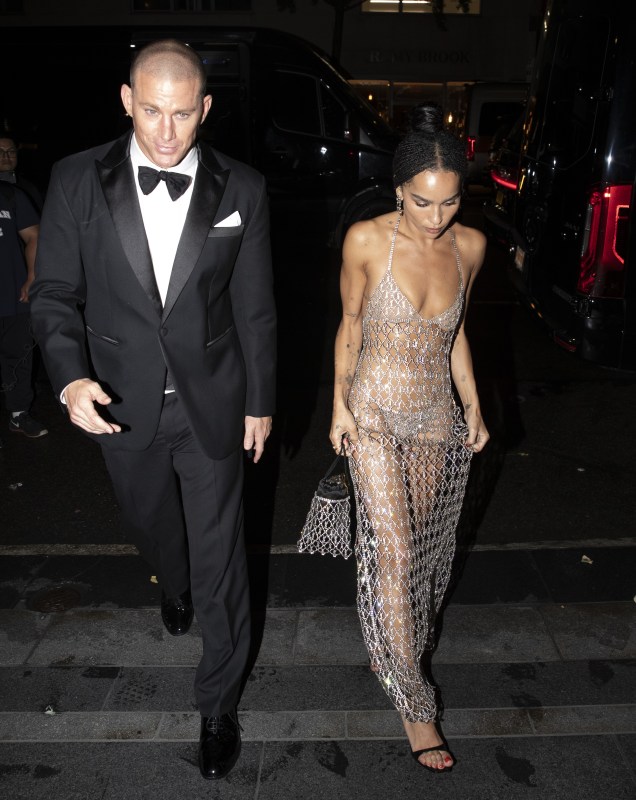