We feel you, Prince George. Sometimes the royal pomp and circumstance is just too much.

Celine Dion's next song: "My bark will go on…"

Why Prince William, what big eyes you have…

How to get away with murder, starring David Beckham.

Miley chatting, Liam ignoring. It's like they're married already.

When faced with a problem, Ben Affleckgoes in face first.

Is there a, uh, "stranger thing" than Winona Ryder here? Answer: No.

What's the saying? Behind every good woman is a good man — or was it the other way around?

Ever since that infamous Donald Trump "Access Hollywood" tape leaked, men are taking extra steps to prevent themselves from ever being able to grab anything at all.

Robert Downey Jr. is so famous that he's just name-dropping himself these days.

You know where this going… Rihanna, under an umbrella-ella-ella-eh-eh-eh…

Busy Philipps, we get it — this is how we feel about reading political conversations on Facebook too.

Kourtney Kardashian sure knows how to pick 'em.

Who says Kate Upton isn't picky about her men?

Julia Stiles, tell us how you really feel about morning sickness.

Lego Batman: voiced by Will Arnett, inspired by Hugh Hefner.

Donny Osmond should get that checked out.

Did you really just tell Benicio Del Toro that even he has to pay extra for guac?

Norman Reedus hasn't lost his head quite yet.

Jaden Smith can't figure out why he's getting such awful reception these days.

Ray Liotta has come full circle: He looks about as good as one of his own victims from "Goodfellas."

You could argue that Jason Biggs has a case of puppy love… or that there's a lack of love in his home.

Celine Dion is a just a poser.

No Lyft, no problem. Jack Black can find his own mode of transportation.

What's strange is that this is just like a typical family reunion for Stephanie Pratt. 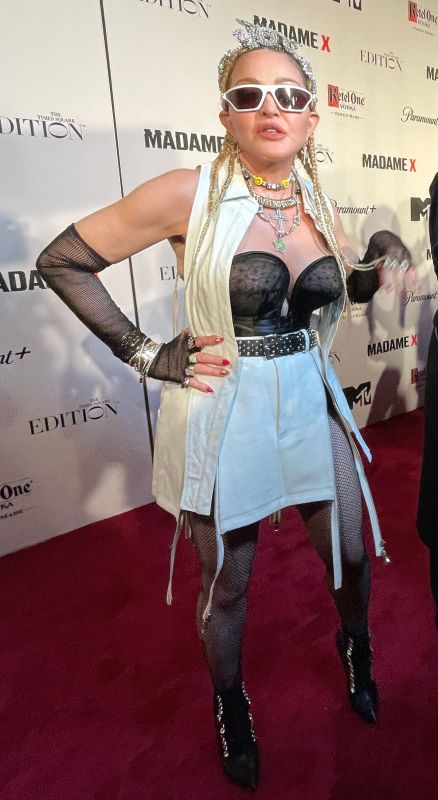 Up Next What Happens in Vegas…