Gwen Stefani was not "inspired" by Janet Jackson to have another baby, despite a report from one year ago that did not age well with time. Exactly 365 days ago, Gossip Cop busted a fake news story that HollywoodLife manufactured, maintaining Stefani was going to have a fourth child in her late forties with Blake Shelton because Jackson gave birth at 50. At the time, we called out the website for making up the claim and a full year later it remains untrue. 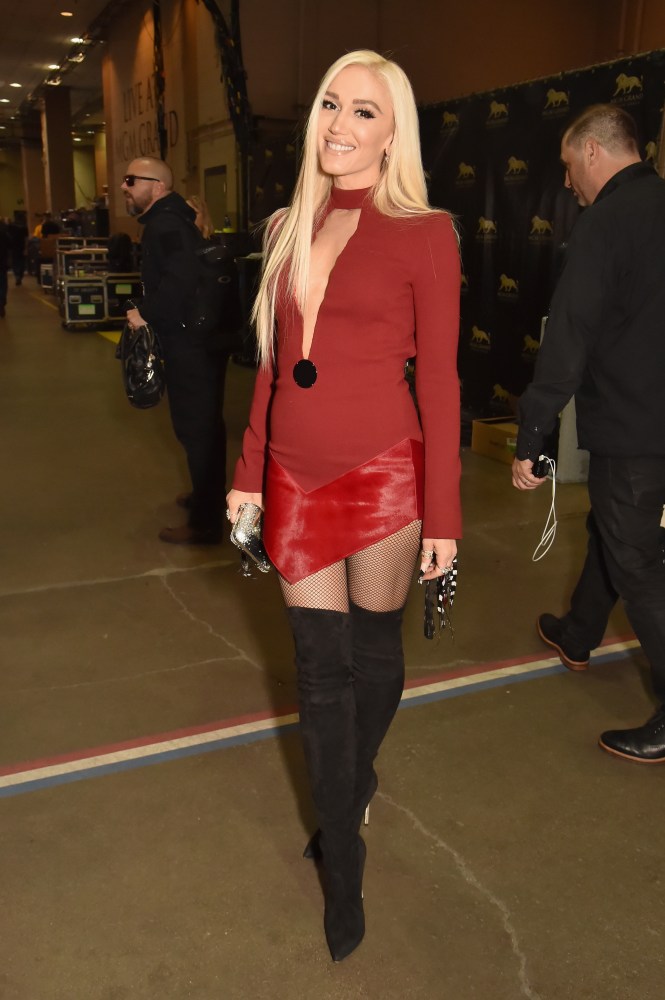 In its original article, the aptly nicknamed HollywoodLies asserted that "late-in-life mom" Jackson "inspired" Stefani to have another baby with Shelton. The repeatedly discredited website simply rattled off publicly available information such as Stefani was at the time 47 and that Jackson gave birth to son Eissa at 50. The only added twist in the entire story was a line about how "seeing Janet Jackson have a healthy baby at 50 has inspired [Stefani] to open her mind more to the possibility," and that quotation was fabricated.

While HollywoodLies' often hides behind unnamed, untraceable and seemingly fictitious sources for its articles, Gossip Cop takes ownership and responsibility when transparently debunking false reports. In this particular instance, we approached Stefani's longtime, trusted rep, who assured us that the blog's claim about the No Doubt singer being "inspired" by Jackson to have another baby was 100 percent "untrue." Of course, a full 12 months have passed and Stefani is not expecting. In fact, just a few days ago, her spokesperson told Gossip Cop on the record that Stefani is not pregnant after In Touch reported that she might be.

It should also be noted that HollywoodLies actually had the gall to publish its story about Stefani being "inspired" by Jackson to have another baby just days after the website was caught manufacturing other phony reports about her and Shelton supposedly splitting up and fighting over him wanting alone time. Following the posting of that falsehood, also based on a nameless and unidentifiable "source," Shelton's spokesperson assured Gossip Cop the article was "made up," while Stefani's rep called it a fabrication.

Basically, the outlet has a long-established reputation for concocting reports about the two without offering a single shred of evidence. Almost never are their comments on the record from actual individuals. And notably, many of their stories are proven over time to have been completely made-up.

A year after HollywoodLife published its fake news about Stefani being "inspired" to have a later-in-life baby, the singer is not pregnant nor has she ever mentioned in the numerous interviews she's given anything about looking to Jackson. More recently, Stefani laughed off speculation on the "Ellen DeGeneres Show" that she's pregnant while sitting down with the talk show host to discuss her upcoming residency in Las Vegas, which will have her perform shows from June 2018 through March 2019. While Gossip Cop had a reliable and transparent source for our original debunking, time itself has also confirmed that we publish facts while others peddle fiction.

Kim Kardashian never got pregnant to "one-up" Beyonce, despite report a year ago