Turns out Drew Barrymore and Kate Hudson have a shared Wilson brothers connection. During a chat on the Jan. 27 edition of Drew's eponymous talk show, the actresses were reflecting on earlier, crazier times in Hollywood when they mentioned they were each in an open relationship for a time with the heartthrob-inducing sibs. "When we first met, we were young and wild," said Drew, 46. "Chez Jay's in Santa Monica with Luke Wilson," said Kate, 42. She added that she and Luke, 50, were shooting 2003's "Alex & Emma" at the time, which prompted Drew to remember why she would have hung out with the two. "I was dating him, I think," Drew said. "But I think he was also dating other people. It was an open relationship, we were young." Laughing, Kate chimed in: "I've been there with a Wilson too." Kate worked with Owen, 53, on 2006's "You, Me & Dupree." The two dated on and off until 2008, according to Entertainment Tonight. "It's so funny because when you're young it's like, 'It's low stakes. We're just young, we're having fun, we're playing, acting, hanging out,'" Drew pointed out. "You're not taking it all so seriously, and it was fun and we had the best time."

Things may not have worked out romantically for Jason Momoa and Lisa Bonet, but the "Aquaman" star's relationship with step-daughter Zoe Kravitz seems to be as strong as ever. On Jan. 26, Jason, 42, shared a promo posted for Zoe's upcoming film, "The Batman," on Instagram, captioning the post, "so proud. can't wait. march 4th love u zozo." Zoe, who plays Catwoman in the film opposite Robert Pattinson as the Caped Crusader, thanked her mom's recent ex in the comments, writing. "i love youuuuuuuuuu @prideofgypsies." When Zoe shared the poster on her own page, Jason left a row of heart and flame emojis in the comments to show his support. He and Lisa, 54, announced their split after more than 16 years together earlier this month, assuring their followers that despite their breakup, "the love between us carries on." Jason, who shares a son and a daughter with Lisa, is also friends with her ex (and Zoe's dad), Lenny Kravitz.

For Halle Berry and Van Hunt, it was love before first sight. The "Bruised" star and director, 55, recently told AARP how she fell for the Grammy-winning singer, songwriter and producer, explaining that it was intellectual long before it got physical. "Because of COVID, we spent four months talking on the phone. We were forced to only let our brains connect and discover if we had a connection before our bodies decided to get involved. I'd never done it this way," she says of Van, 51, in the outlet's February/March 2022 cover story. "We talked for hours and hours and hours and hours and never got tired. I fell in love with his mind, his conversation. I realized: I really like him. I really liked who he was, and I can't say I felt that way before." Halle added, "I really believe I've found my person. I fell in love with him before I even met him." She went on to reveal that her 8-year-old son, Maceo, gave the relationship his stamp of approval when he was suddenly inspired to make the couple official. "My son, Maceo, of his own volition did this little commitment ceremony for us in the back seat of the car," she recalled. "I think he finally sees me happy, and it's infectious. It was his way of saying, 'This is good. I like this. This makes me happy.'" The impromptu ceremony made Halle and Van well up with emotion. "I teared up, Van was fighting back tears. Even Maceo knew he'd said something poignant," she said. "It meant a lot to us. I have two children with two different fathers. Van has a son. As a mom living this modern, blended family, all I care about is that my kids are OK with the decisions I'm making."

Paris Hilton says the "bad vibes" between her and Lindsay Lohan are history nearly 16 years after the two were famously photographed in a car with Britney Spears after a night of partying. Now 40 and recently married, Paris stopped by "Watch What Happens Live" on Jan. 26 with her mom, Kathy Hilton. Asked about her reconciliation with Lindsay, 35, the socialite turned reality star told Andy Cohen: "I just feel like we're grown-ups now. I just got married. She just got engaged. We're not in high school. I think it was just very immature and now everything is all good." At the end of 2021, Paris talked about the car snap and said on her "This Is Paris" podcast that she'd contacted Lindsay. "I saw that she got engaged when I was on my honeymoon, and I just said congratulations," Paris told Andy. "And that broke the ice — that's great," he replied. "That was it," she replied, "… no bad vibes." On the podcast in December, Paris said she raised the specter of the car pic because it made her realize "so much has happened in the past two weeks" for all three of them. "I got married, Britney got her freedom back and engaged, and then Lindsay just got engaged," she explained. "So I love just seeing how different our lives are now and just how much we've all grown up and just having love in our lives." Paris and husband Carter Reum's wedding was filmed for her Peacock series, "Paris In Love," while Lindsay announced her engagement to Bader Shammas in November. Britney, 40, revealed she and her longtime beau, Sam Asghari, are engaged in September, two months before the termination of her nearly 14-year long conservatorship.

Longtime Lakers star Kobe Bryant and his 13-year-old daughter, Gianna Bryant, were honored across social media platforms and beyond on Jan. 26, the two-year anniversary of the helicopter crash that took their lives, along with seven others'. Ciara, who's close with Kobe's wife, Vanessa Bryant, shared a photo of herself in a Kobe Lakers jersey. Her wrists are covered in bracelets that read, "Gigi Bryant." "Forever & Always in our hearts Kobe & Gigi," she wrote. "2 #24 ❤️ Love you @VanessaBryant @NataliaBryant." Kanye West had the Bryants on his mind as well and shared a photo of Kobe standing near him from GQ. "Miss you family," he wrote in the post. Tributes poured in from celebrity athletes as well, including tennis star Billie Jean King, who shared, "Kobe Bryant was not only a brilliant basketball player, but also a champion of women's sports. It's been 2 years since the deaths of Kobe, Gianna, & those on board with them. Thinking of their loved ones today. 💛💜." Kobe's former teammate — and Khloe Kardashian's ex — Lamar Odom changed his profile picture on Instagram to a photo of himself with Kobe on the court. He also posted a number of moving photos and videos in his late teammate's honor. "Not a day goes by without thinking of you my brother @kobebryant," he wrote alongside one. "To vanessabryant and the family, I love you all! I have been taking on everyday with the #mambamentality and it has helped me remain focused and accomplish different goals I have set for myself. Bean showed me what greatness takes ! So I am taking it! Forever with me 💛💜Love, L.O." Kobe's 20-year-long NBA career, from 1996 until his retirement in 2016, was spent with the Lakers in Los Angeles. He was 41.

Kim Kardashian could soon get a break from the steady stream of chatter about her personal life that's been emanating from her ex, Kanye West, as he embarks on promoting a new album and, possibly, a new fashion project. On the heels of Ye's wild "Hollywood Unlocked" interview, the rapper announced when he'll release a sequel to "Donda," his 2022 Album of the Year Grammy contender. "DONDA2 COMING 2 22 22 EXECUTIVE PRODUCED BY FUTURE," Ye wrote on Instagram on Jan. 27. That same day, TMZ reported Kanye's also planning to work with streetwear brand Skid Row Fashion Week on a Yeezy X Skid Row Fashion Week collaboration and runway show that would help unhoused people living in the area. The brand's founder, David Sabastian, reportedly told the outlet he met with Ye when he was working on "Donda 2" near the Skid Row section of Los Angeles. A rep for another offshoot of Ye's fashion work, Yeezy Gap, however, has already thrown cold water on the claim. "Ye has a deep and solution-oriented commitment to addressing issues surrounding homelessness," the spokesperson told the New York Post. "But this reported event is not on our schedule at this time nor are we aware of any product collaboration in development." Ye is also the subject of the three-part archival documentary series, "Jeen-Yuhs," that hits Netflix Feb. 16.

Johnny Depp is selling NFTs of his original celebrity portraits

Johnny Depp is taking his paintings of famous friends and heroes for a dip in the NFT market. The actor announced plans this week to sell 10,000 unique NFTs created from his original portraits of Marlon Brando, Elizabeth Taylor, Hunter S. Thompson, Heath Ledger, daughter Lily-Rose Depp and Tim Burton, according to Page Six. He's also selling NFTs of portraits of himself, his late dog and "Bunnyman," a character his son invented. "I've always used art to express my feelings and to reflect on those who matter most to me, like my family, friends and people I admire," said Johnny, 58, in a statement. "My paintings surround my life, but I kept them to myself and limited myself. No one should ever limit themselves." The portraits reflect a combination of mediums, including paint and digital embellishment and animation. Twenty-five percent of proceeds from the sales will reportedly be donated to two children's hospitals, the Elizabeth Taylor AIDS Foundation and the Hunter S. Thompson-inspired Gonzo Trust. Sold as part of a collection called "Never Fear Truth," can NFT each be redeemed once for "a high-resolution physical edition of the piece, according to Benziga.com. "My innovation in the NFT space has just begun," Johnny told the outlet.

Neil Young is gone from Spotify and controversial podcaster Joe Rogan is still on the streamer after Neil issued a public ultimatum saying he'd leave if Joe wasn't dumped for his promotion of COVID-19 misinformation. "I am doing this because Spotify is spreading fake information about vaccines — potentially causing death to those who believe the disinformation being spread by them," Neil wrote in a letter that appeared on his website but has since been deleted (via Rolling Stone). The rocker went on to call out "The Joe Rogan Experience," as the prime culprit. It seems Joe — and his rumored $100 million deal — won out, because Neil removed his content from Spotify on Jan. 26, according to Verge. Neil has since posted another letter on his site in which he urges "other artists and record companies" to "move off the Spotify platform and stop supporting Spotify's deadly misinformation about COVID." Spotify, meanwhile, told The Wall Street Journal this week that it's removed 20,000 podcast episodes from its coffers because they violated "detailed content policies" regarding COVID-19. Neil's music still streams on other services' platforms. It's also now playing all day, every day on SiriusXM Radio's relaunched Neil Young Radio. 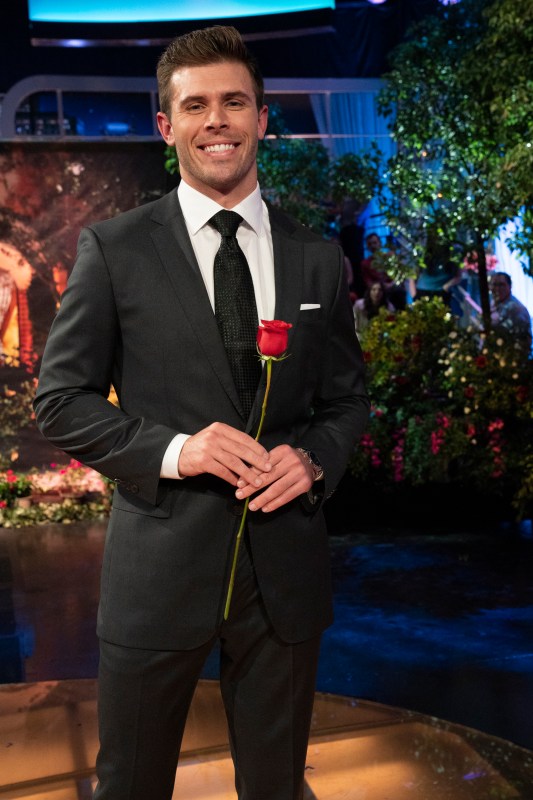