Did Jennifer Aniston, Courteney Cox, and Lisa Kudrow recently meet to discuss doing a "Friends" movie or special? That's what one of this week's celebrity magazines claims. Gossip Cop, however, can correct this false report. 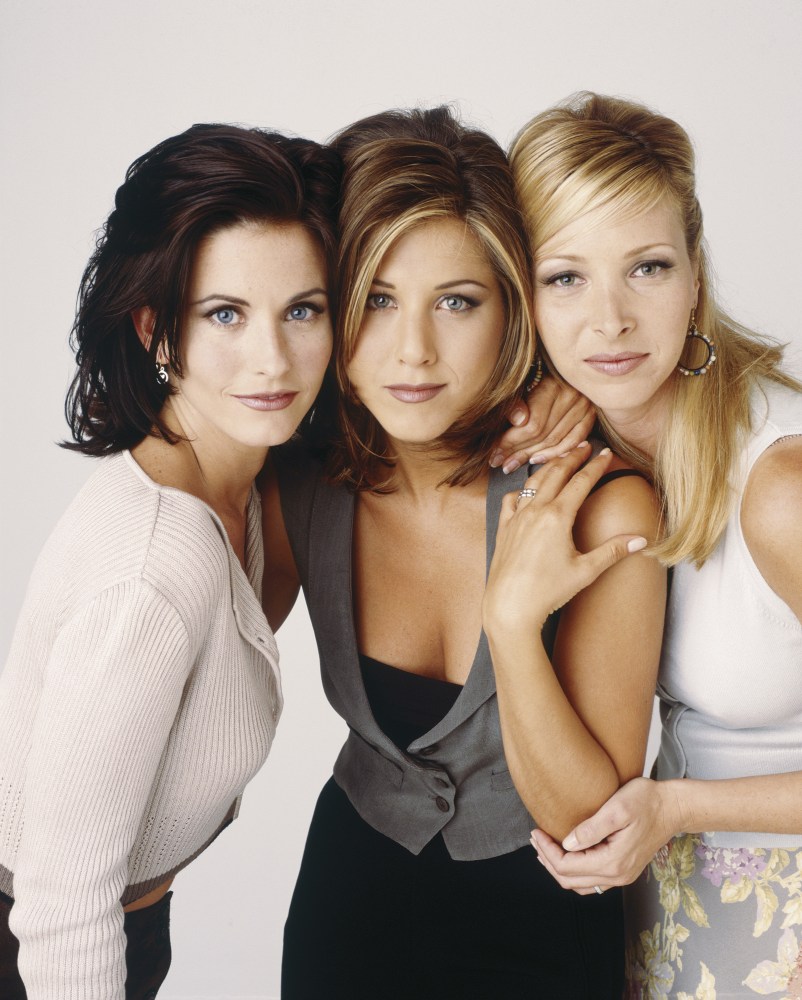 According to the latest issue of Life & Style, Cox pitched her former co-stars about doing a movie version of the NBC sitcom. The tabloid relates she did "her best to convince the cast of 'Friends' to film a special nearly 15 years after the hit series went off the air." More specifically, the publication alleges Cox was "recently overheard" having a "brainstorming" session with Aniston and Kudrow at the L.A. restaurant Craig's to come up with possible plots for the reunion film.

And to make the story sound more believable, the outlet asserts an "insider" shares, "They want to do a movie, like Sex and The City did." The seemingly fabricated tipster adds, "Unlike a TV reboot, [a film] would allow everyone to work on other projects." It's noted Matthew Perry, David Schwimmer, and Matt LeBlanc are "on the fence" because "they're worried it could ruin the essence of the original."

Of course, it's been previously reported there will not be a "Friends" reboot or reunion, and Gossip Cop can similarly confirm there won't be a "Friends" movie either. Curiously, even though the magazine says Kudrow, Aniston and Cox were "brainstorming" ideas, the publication neglects to mention a single plot proposed for the supposed "Friends" film. Also glaringly omitted is when this alleged get-together at Craig's took place. The last time the three women went to that restaurant together was actually in July 2014. Additionally, Gossip Cop checked in with sources close to the stars, and we were repeatedly assured the tabloid's tale is totally made-up.

Missing also from the article is how Cox and Aniston reconciled so that the purported dinner at Craig's could even come about. You see, just a few months ago, Gossip Cop exposed the same outlet when it inaccurately insisted Aniston and Cox had a falling out over Justin Theroux. The magazine maintained Aniston "couldn't trust" Cox anymore because she was still talking to Theroux after they had split up. That was a lie, as well, since just around the time that story was printed, Cox came out to support Aniston at the premiere of her Netflix movie Dumplin'.

Frankly, the current story felt like deja vu, so Gossip Cop looked back at its archives, and apparently we've been debunking phony reports about a proposed "Friends" movie or reunion for nearly a decade now. For example, in June 2010 we shot down Life & Style's sister publication, the National Enquirer, when it wrongly contended Aniston and Cox were writing the script for a "Friends" movie. Clearly, that hasn't happened in the past 9 years.

We also caught Life & Style when it tried this bogus narrative in 2016. Back then, the tabloid published a cover story about how there was going to be a special "Friends" reunion TV-movie, and that "huge salaries" were being handed out to" make it a reality" since some of the stars were reluctant. At the time, however, reps for Perry, Aniston, Schwimmer, Kudrow, and LeBlanc went on the record with Gossip Cop to call the article an entire fabrication.

More recently, Gossip Cop busted an article from NW, which claimed Aniston and Cox were rejecting Kudrow's wish for a "Friends" reunion. Actually, in 2017 Kudrow told the "Today" show a "Friends" reunion wouldn't work because they're now too old. Regardless of the different variations of who's pitching (or rejecting) a "Friends" reunion or movie, it would still need the approval of the show's creators, and they've been pretty vocal about not wanting to do anything like this.

Last year, David Crane said pointblank a "Friends" reunion is "never happening." And just a couple of months ago, his co-creator Marta Kauffman rightly explained the reasons for not reviving "Friends," include how the sitcom was about "a time in your life when your friends are your family [and] it's not that time anymore" for those characters. Much like past tales about a "Friends" reunion or movie being pitched, the latest one is also 100 percent untrue.