Is Jennifer Aniston rounding up her "Friends" co-stars for an intervention to "save" Matthew Perry? That's the claim from one of this week's tabloids. However, it's completely untrue. 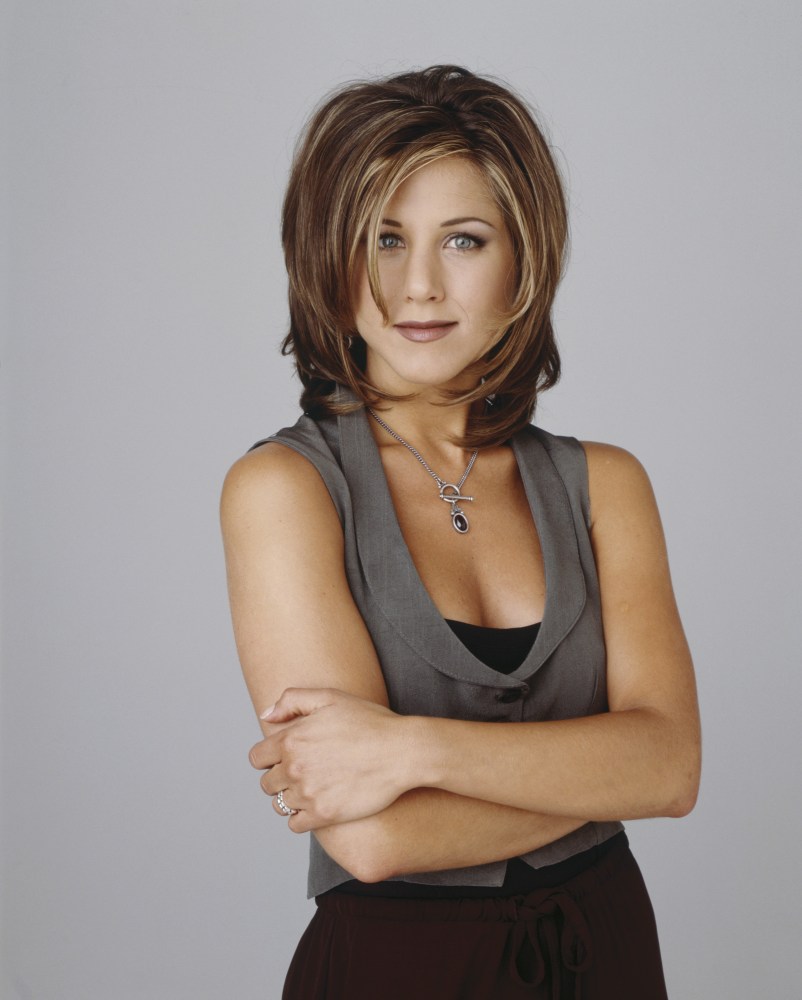 According to the Globe, after the actor gained some weight and looked "sloppy," Perry's supposed pals are "worried he'll be dead in half a year if he doesn't get his health problems under control fast." An alleged "insider" delicately tells the supermarket tabloid, "The fear is he could croak in six months if he doesn't get serious about his addiction problems and his health." The same unnamed source further blathers to the magazine that Aniston is "so concerned, she's recruiting the old sitcom gang of Courteney Cox, David Schwimmer, Matt LeBlanc and Lisa Kudrow for an intervention to get Matt into rehab."

"Matt's got to realize Jen wouldn't stick her neck out for just anybody. She must be worried sick," adds the untraceable "insider." What's more, contends the magazine, Aniston has begged Perry to consult with her now sober ex-husband Brad Pitt, so her former "Friends" co-star "can kick his self-destructive habits and save his life before it's too late." "[Perry] looks like he's not taking care of himself, and Jen can't stand by and watch her friend suffer," asserts the tipster.

It's true Perry has had booze and pills problems in the past. In 2013, Perry opened up about his addiction issues to People. And it's also true that his health was recently an issue. As widely reported, Perry had a gastrointestinal perforation this past summer that required surgery. But Aniston is not concerned about Perry dropping dead in the next few months, nor is she organizing an intervention. Her rep tells Gossip Cop the tabloid's claim is untrue.

While the Globe says it has information from sources close to Aniston, one really has to wonder how reliable they are. Just a month ago, for example, Gossip Cop shot down a made-up tale from that tabloid, which alleged Aniston and Pitt were "in love again." In that concocted article, the magazine maintained they were again "crazy about each other" and spent the summer having "steamy romps" all over Europe and L.A. Of course, Aniston was not in California for the most part, because she was filming Murder Mystery in Canada and Italy. And Pitt was only in England to see his kids. More significantly, their reps have repeatedly told Gossip Cop there's nothing going on between the exes, and even the actress's friend Portia de Rossi confirmed Pitt and Aniston are not together, nor have they seen each other in a very long time.

It's curious that the tabloid claims Aniston is "worried sick" about Perry. A little more than a year ago, the magazine's sister publication, RadarOnline, swore up and down that Aniston hates Perry. That article, which Gossip Cop also debunked, contended Aniston "can't stand" Perry, and has "zero desire to socialize with him." And now its companion magazine wants us to believe she's trying to stage an intervention because she's "concerned" about him? Maybe the magazine should round up its sources and have an intervention with them.

Did Jennifer Lopez, Alex Rodriguez Get Married In The Hamptons This Summer?