Jessica Simpson is not spending millions of dollars on her unborn baby girl's nursery, despite a new report. Gossip Cop can exclusively correct this outlandish claim. We're told it's not true. 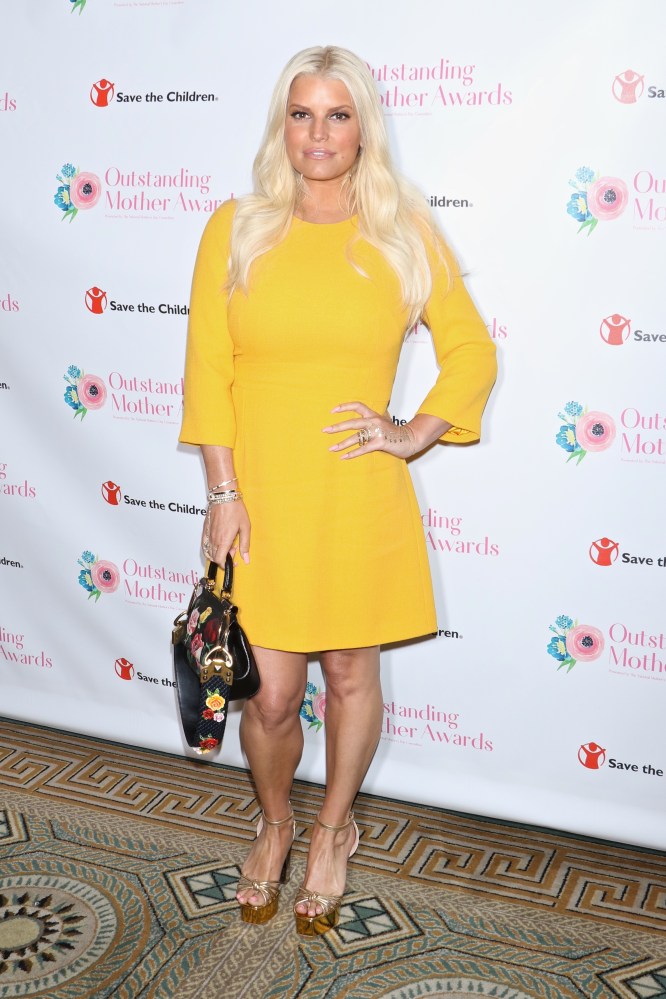 According to OK!, Simpson is "planning to spoil her little girl rotten." An unnamed and untraceable "source" is quoted by the magazine as alleging the pregnant star "has set aside several million to build a new state-of-the-art nursery at her L.A. mansion." The anonymous tipster further contends the nursery will be "equipped with the best of the best."

For instance, the little girl's crib comes with a $5,000 price tag, asserts the publication. Its supposed insider adds, "Jess is going for an artsy, urban feel in the nursery with Lucite furniture and lots of cartoon artwork in black frames, plus wall decals." "This baby will be pampered beyond belief, even by Hollywood standards," concludes the so-called "source," who notes the newborn will have "round-the-clock nannies and a nurse" to watch over her.

Allow Gossip Cop to more fully examine the tabloid's claims. Even though it maintains Simpson has set aside "several million" to build the nursery, it doesn't really offer many details about how the baby's room will cost so much money. While the outlet asserts the nursery will be "state-of-the-art," it doesn't give a single example of what high-tech equipment will in the room. And even if one were to ascribe outrageous price tags to the Lucite furniture, cartoon artwork, and wall decals, it would be nearly impossible to come to a figure in the millions.

This is actually a typical tabloid tactic. Make claims about how everything will be the "best of the best," without offering any specifics, and then slap on to it an absurd dollar amount. For example, its sister site RadarOnline inaccurately contended last year that Beyonce was building a million-dollar nursery for her and Jay-Z's twins. As opposed to the publication, which hides behind a nameless and quite possibly fictitious "source," Gossip Cop reached out to Simpson's rep, who told us on behalf of the entertainer that the entire premise behind OK!'s article is not true.

Of course, this tall tale is coming from the same outlet Gossip Cop busted in August when it wrongly declared Simpson and husband Eric Johnson were headed for a $1 billion divorce. Just a month later, the happily married couple announced with their two kids, Max and Ace, that Simpson was expecting again. As stated above, the magazine likes to tack on big dollar figures to its stories about Simpson, but the claims make no cents, er, sense.