Justin Bieber and Hailey Baldwin are not "already married," despite a completely speculative report. Gossip Cop can exclusively debunk the claim. The engaged couple hasn't tied the knot yet. 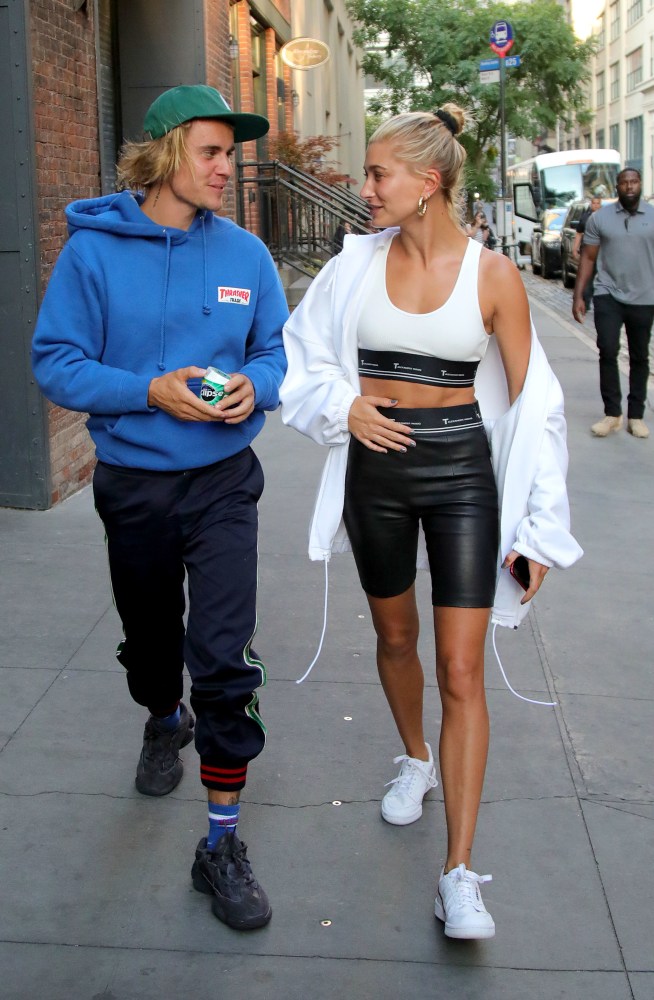 The model was photographed with her fiancé in New York City on Monday wearing two rings, neither of which were the oval-shaped engagement ring Bieber gave her during his proposal. Instead, Baldwin was rocking a diamond band and a thicker gold band. As a result, the Daily Mail is wrongly theorizing that Baldwin is "already Mrs. Justin Bieber" and has added a second engagement ring as well as a "wedding band" to her finger.

"It's confusing as most people do not change engagement rings and they also don't add a band until they are wed," says the publication. Regardless of what "most people" do, Gossip Cop can confirm that the new gold band on Baldwin's finger isn't a wedding ring. A source close to Bieber tells us on the condition of anonymity that he and the model aren't married yet.

In fact, Baldwin frequently wears one of the diamond bands she was spotted sporting on Monday, and she has owned it for quite some time. Earlier this year, Baldwin was photographed wearing the same diamond during a date night with ex-boyfriend Shawn Mendes. Baldwin can also be seen wearing the band in various Instagram photos she's shared over the past several months.

Although the outlet finds it "confusing" that Baldwin wasn't wearing the ring that Bieber used to propose, one reasonable explanation is that she didn't want to wear the $250,000 sparkler while walking around New York City. It should also be mentioned, Bieber wasn't wearing any ring at all during their outing.

Peculiarly, after spending time speculating that Bieber and Baldwin are already married, the newspaper then reverses course and cites other reports that say the two are "deep in the planning stages" for their wedding. The outlet adds, "The latest reports indicate they are now aiming for 'the wedding of the year' with around 500 guests." Well, which is it? Did the couple already walk down the aisle or are they planning the ceremony? It seems the Daily Mail wants to have it both ways.

The publication has zero proof to substantiate its speculative report. The outlet assumes that Baldwin and Bieber must have tied the knot simply because she temporarily replaced her engagement ring with other jewelry on the same finger. Gossip Cop, however, can confirm that the singer and model haven't wed yet.

Jessica Simpson NOT in "diet or die" weight crisis, despite report