Kaley Cuoco is not pregnant, despite a new report wrongly speculating that the "Big Bang Theory" star is expecting a baby with fiance Karl Cook. Gossip Cop can exclusively debunk the claim. We're told it's totally false. 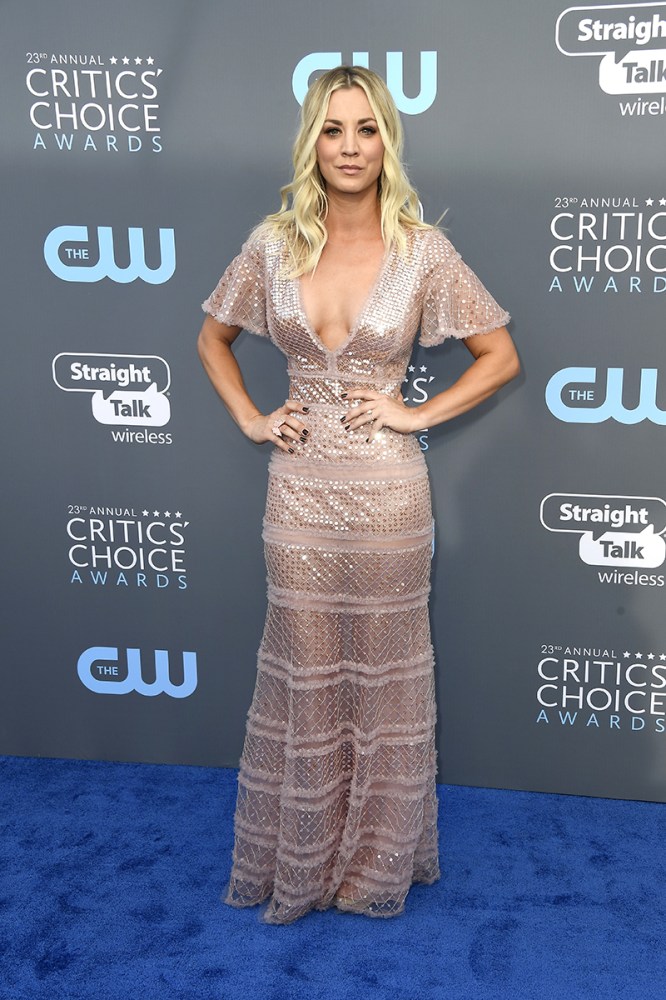 Cuoco and Cook only got engaged last month, but according to the latest issue of the National Enquirer, the actress and professional equestrian are already expecting a child together. But the unreliable magazine has very limited evidence to back up this assertion. The article starts by contending that Cuoco appeared to have a "baby bump" on the red carpet of the Critics' Choice Awards earlier this month.

A so-called "friend" of the actress is then quoted as saying, "We all think she's already pregnant! All the signs are there. It's been a whirlwind since they got engaged, and all they talk about is having babies." The tabloid's sister outlet, RadarOnline, also spread this phony story with the kitschy headline, "'Big Bang' Bun In The Oven? Kaley Cuoco Sparks Pregnancy Rumors."

But Gossip Cop checked in with a source close to the actress, who exclusively assures us that the pregnancy rumors are "absolutely untrue." This is simply a non-story. Unfortunately, we're not surprised by the magazine's baseless conjecture, as this isn't the first time we've had to debunk a bogus article surrounding the actress's relationship.

In December 2016, the Enquirer's sister publication, Star, wrongly reported that Cuoco and Cook's romance was "cooling off," which obviously wasn't the case. Gossip Cop has also busted several tall tales surrounding alleged drama going on behind the scenes of the actress's hit CBS show. Just last week, we called out RadarOnline for wrongly reporting that "The Big Bang Theory" was falling apart over cast feuds.

In the past, Gossip Cop has also corrected unfounded stories about Cuoco feuding with co-star Mayim Bialik, having on-set tension with ex-boyfriend Johnny Galecki, and being disliked by the cast and crew. There was zero truth to any of these claims, and the same goes for this latest article about the actress's nonexistent pregnancy.

Is Jennifer Anniston getting a breast lift?

Jennifer Lopez NOT in hospital despite claim