Kate Beckinsale has transformed her hair! The actress, who has consistently had brown hair with subtle highlights throughout her career, has gone blonde, like super blonde. In addition to the bleached hair, the actress also appears to have chopped off her locks, debuting a beachy bob on her Instagram account. While it's unclear if this is a wig or a real transformation, it certainly seems to be for a role, as she mentioned the movie "Jolt' in her caption. "Jolt" is a millennial action-comedy which Kate is starring in and which was set to begin production this month in Bulgaria.

From drug dealer to weed brand strategist. Jay-Z has become the latest celebrity in the legal weed business, joining cannabis company Caliva as Chief Brand Strategist. The company entered into a long-term partnership with the rapper, who once rapped about dealing cocaine, in which he will focus on the creative direction of the brand, according to The Blast. "We want to create something amazing, have fun in the process, do good and bring people along the way," Jay-Z said in a statement. The 49-year-old billionaire will also bring his commitment to social justice to the role, increasing job training for former prisoners.

The internet thinks Cara Delevigne and Ashley Benson are engaged

After a year of dating, rumors are swirling that Cara Delevigne and Ashley Benson are planning to marry. Speculation regarding an engagement began when the couple where spotted vacationing together in St. Tropez on July 5, each wearing a gold band on their left hand. Neither's rep is commenting, but Ashley's mom, Shannon Benson, seemingly weighed in on the engagement theory, sharing a post to Instagram that read, "How easy it is for so many of us today to be undoubtedly full of information yet fully deprived of accurate information." Ashley and Cara's relationship has become more public recently. After posting a video on Instagram of the two kissing, which Delevigne captioned "#PRIDE," she spoke about it to E! News. "It's been 50 years since Stonewall happened and I don't know," Delevingne explained of the video. "It's been just about over our year anniversary so, why not?"

Sofia Vergara enjoyed her summer break from filming "Modern Family" and her 47th birthday with husband Joe Manganiello during a boat ride in Capri on July 10. The two took in the beautiful Italian views while sipping sparkling water, according to photos published on the Daily Mail. Joe also captured photos of the view, while they sat on the back of the yacht, and more photos from the trip, including one photo of the couple dancing, which he captioned "Feliz Cumpleaños!" (happy birthday in Spanish). Sofia posted the same photo, writing "Last night! starting to celebrate" and also posted photos of the couple, who have been married since November 2015, on the boat.

The Kardashian family has another billion dollar empire. Forbes reports that Kanye West's sneaker line — which he launched with Nike in 2009 and transferred to Adidas in 2013 — is expected to top $1.5 billion in sales this year. It was only three years ago that West was claiming to be $53 million in debt, and now Forbes estimates his pretax income at $150 million. "We've yet to see all of the beauty that would be manifested through this partnership," Kanye old the magazine. "We've only experienced a small glimmer of light."

The "Stranger Kids" cast opens up about growing up on camera

In a new interview, Finn Wolfhard, Noah Schnapp, Caleb McLaughlin, and Sadie Sink discuss the challenges of growing up on the set of "Stranger Things" and in front of the millions of fans who obsessively binge the show. "We still try to go home and grow up around family and friends and stuff, and we try to be as normal as possible when we're not on set," said 16-year-old Finn Wolfhard, who plays Mike Wheeler, told People magazine. Normality is key for the kids, with Noah Schnapp, who plays Will Byers, explaining, "We still go to school and stuff. It's important to keep a balance of a normal kid life, and then obviously doing this, because we love it." While the rise to fame was meteoric, Sadie Sink, who is 17, says they don't let it get to their heads. But Caleb McLaughlin, 17, insists they did have to adapt, "In this business, you have to mature faster than the average teenager."

It's hard to compete with Beyonce. Donald Glover, who voices Simba in "The Lion King" remake admitted his role in the film wasn't the draw for his son Legend. "This is my son's favorite movie. He's, like, a big animal person," the 35-year-old told Entertainment Tonight at the Tuesday, July 9, premiere. "I wasn't going to tell him that I was in it. I was just going to let him see it and see what happened. And I was like, 'Hey, do you want to see The Lion King?' And he said, 'Yeah, Beyoncé's is in it, right?' And I was like, 'Yeah, Daddy's in it too, though. Daddy's in it.'" While the 3-year-old's favorite animal is a lion, Glover prefers zebras. "I think they're kind of low-key weirdos," Donald explained. "People love them and stuff, but I'm like, when you first saw a zebra you were like, 'That's not a horse.' And it's a little weird. But I think they're beautiful and majestic. I feel like that's me, kind of." But the "This is America" singer does appreciate lions. "It's not an accident that they're called a pride when they're together. They're very majestic and they're beautiful and I like the respect they have for where they live. It's cool."

Is Elijah Wood engaged and expecting a child?

Elijah Wood is sparking rumors that he is engaged and about to become a father after new photos obtained by Daily Mail show him with Mette-Marie Kongsved, who is wearing a ring on her left hand and sporting a noticeable baby bump in Los Angeles on Monday, July 8. The two have been together since at least January 2018, when they were seen holding hands. They were also seen at the Rodarte FW19 fashion show together this past February.

Detroit will name a freeway after Aretha Franklin

A portion of the M-10 motorway in Detroit will be designated the "Aretha L. Franklin Memorial Highway," according to a bill approved by Michigan governor Gretchen Whitmer. Whitmer, said in a statement that the singer, who died last August after battling pancreatic cancer, "contributed to our musical and cultural history in Michigan." Aretha, who won 18 Grammys during her illustrious career, grew up in Detroit and lived there for most of her life, including her last years.

Following A$AP Rocky's arrest for gross assault in Sweden, his celebrity friends are rallying for his release. The rapper's manager posted on Instagram that the rapper is "being detained for operating in self-defense following an altercation that occurred on 6/30." He claims that the rapper and his bodyguard were harassed and physically assaulted, and now he is being held in "24/7 solitary confinement" and is restricted from accessing "amenities for the most basic of human functions" and lacks access to "life sustaining food." He ended his post urging people to join the #JusticeForRocky movement and to sign a petition on Change.org, demanding that Rocky be released. Among the celebrities who have taken up the cause are Travis Scott, Shawn Mendes, G-Eazy and Tyler the Creator. 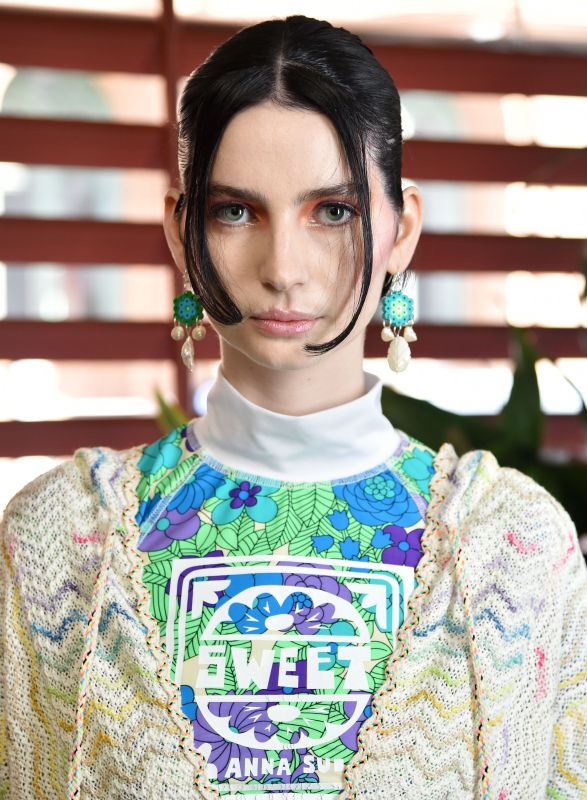