Katie Holmes and Jamie Foxx are not planning to sit down and "clear the air" with Tom Cruise before announcing their supposed engagement, despite a made-up report. Gossip Cop can exclusively debunk the story. We've learned it's a complete fabrication. 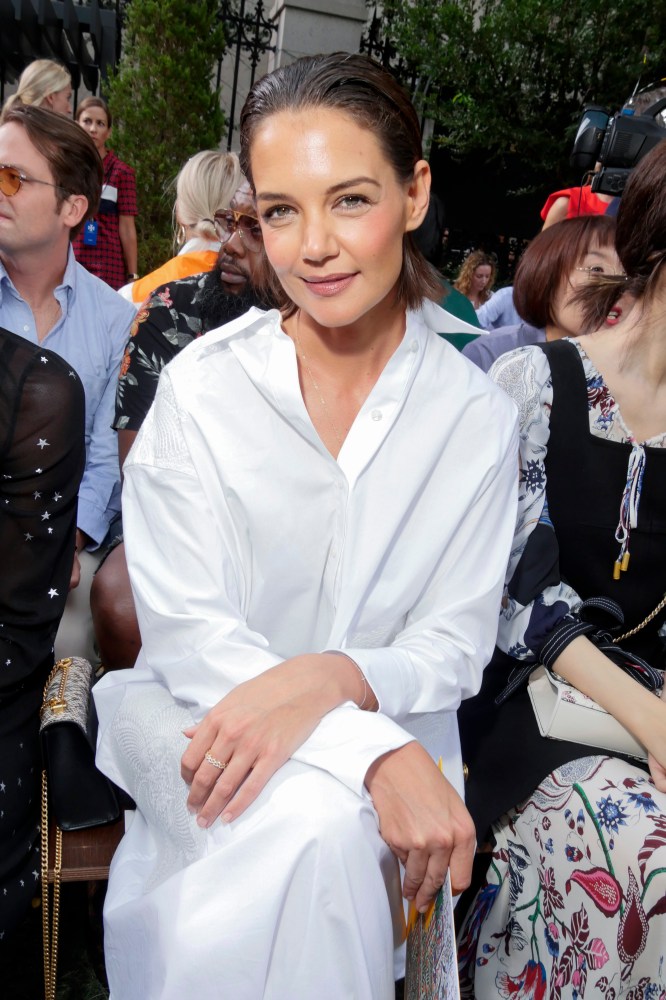 According to RadarOnline, Holmes and Foxx are planning to walk down the aisle, but want to meet with the actress's ex-husband before the wedding. An alleged insider tells the blog, "This has been the elephant in the room for so long, and they figure it's time to finally address it head-on." The supposed source goes on to say that the couple wants to tell Cruise "how they fell in love" and assure him they didn't get together while he and Holmes were married.

Another topic of discussion, according to the tipster, is Holmes and Cruise's 12-year-old daughter Suri, who's been estranged from her father for several years. "Jamie will be living with her and being a full-time stepdad," says the questionable insider, who further contends that Foxx plans to adopt the young girl once he and Holmes tie the knot. "It's incredibly delicate and sure to be tense, but Tom seems open to making it happen and he's mellowed a lot about the Katie and Jamie situation," adds the seemingly nonexistent tipster.

Despite what the website's anonymous "insider" claims, Gossip Cop reached out to Holmes' spokesperson, who tells us on the record that the story is "fake." The blog relies on information from untraceable sources, but a rep qualified to speak on the actress's behalf confirms that she and Foxx aren't meeting with Cruise.

Holmes' spokesperson further notes that she's not engaged to Foxx. This bogus rumor first emerged back in November when the actress was spotted wearing a ring on her finger in New Orleans. Only, she was wearing the jewelry on the set of her upcoming movie The Secret. Holmes' rep had told the New York Post, "Katie's not engaged to anyone besides her fictional movie fiancé, played by Jerry O'Connell." The actress's rep confirms that nothing has changed in the time since.

It's worth noting, RadarOnline seems to have a bad memory. Gossip Cop busted the site last year for making up a story about Holmes and Cruise meeting to discuss her romance with Foxx. This past July, the outlet wrongly reported that Holmes and Foxx had split. In the blog's imaginary world, Holmes and Cruise already met up, and she's no longer dating Foxx. This latest article makes no mention of last year's imaginary sit-down or a summer breakup. The reason the website has trouble keeping track of its articles about the situation is because they're entirely made-up.