Are Katie Holmes and Jamie Foxx moving into a $56 million penthouse apartment in New York City? That's the claim in one of this week's tabloids. Gossip Cop looked into the situation and we can set the record straight. 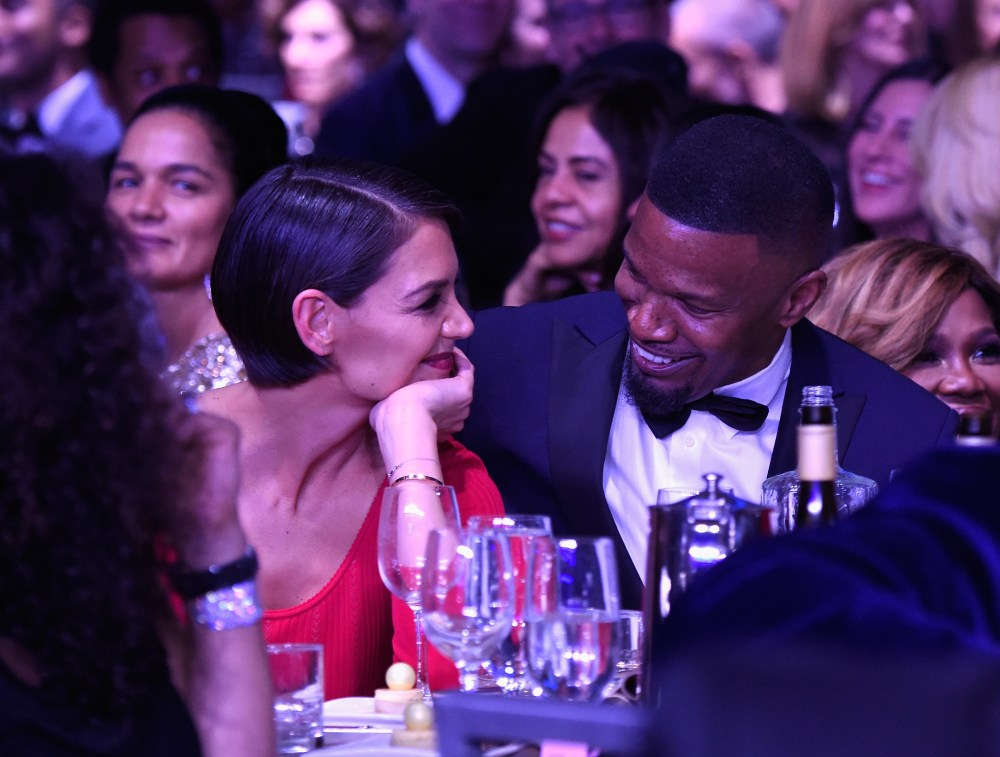 According to Woman's Day Australia, the pair was recently spotted checking out a five-bedroom apartment on the Upper East Side of Manhattan. The "high security" residence is said to include 360-degree views of the city, a dining terrace, library and private elevator.

An alleged insider tells the magazine, "It's tucked away in a quiet corner of Manhattan, and Katie fell in love with it the moment she saw it." The questionable "source" further contends Holmes is "delighted" that the actor agreed to move from Los Angeles and relocate to the east coast. "Katie thinks the world of Jamie and says he's the sweetest, kindest man she has ever known," adds the suspicious tipster. "Living together would be the icing on the cake!"

The tabloid's account of the situation simply isn't true. As Gossip Cop has maintained, the actor and actress aren't planning to settle down together. Reputable outlets such as People magazine have also noted that Holmes and Foxx "have their own separate lives and they aren't trying to join them together." The two enjoy spending time together and often travel to visit each other, but they have no plans to live under the same roof.

Additionally, this narrative has cropped up many times before. Earlier this year, Woman's Day New Zealand wrongly reported that Foxx and Holmes were moving into a $30 million townhouse near Central Park. That obviously didn't happen. The Australian edition of the tabloid has now upped the price of the apartment and switched its location.

Meanwhile, Gossip Cop called out RadarOnline a few weeks ago for falsely claiming that Foxx and Holmes were "moving down south" together. The blog said that the couple were buying a home in Atlanta to get out of the spotlight. That hasn't happened either. It's clear the gossip media has a habit of coming up with variations on this theme.

It's worth noting, Woman's Day Australia is often caught lying about the pair's relationship. This past May, Gossip Cop busted the tabloid for wrongly reporting that Holmes was pregnant with Foxx's baby. It's clear all these months later that there's no child on the way. This latest article about the actor and actress buying a penthouse together in New York is more nonsense.