One of this week's tabloids claims Katie Holmes and Jamie Foxx are officially planning their wedding after her parents gave the actor their blessing to marry her. The story is completely made-up. Gossip Cop can debunk it. 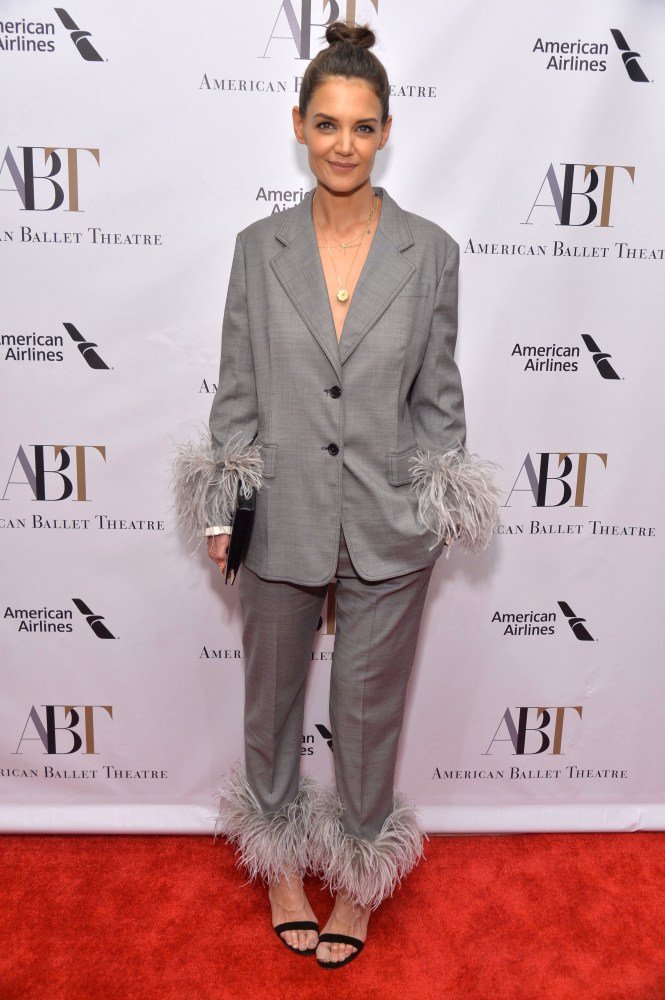 An article in the latest issue of the National Enquirer says the actress's parents, Martin and Kathleen Holmes, have been skeptical of their daughter's romance with Foxx, but he managed to win them over during her birthday dinner in New York City last month. An alleged insider tells the magazine, "Jamie was nervous… Not the least because Katie's parents have long been suspicious of his motives and the fact that he was never even engaged to his two baby mamas."

The supposed source continues, "But Jamie assured them that he has nothing but love for their daughter and he will honor that once they're man and wife. He and Katie have been unofficially engaged for a very long time. Now it's just a matter of when they want to announce it. Getting Katie's folks to approve was a big deal." The questionable tipster concludes that Holmes is "so relieved that Jamie's won over her parents" and now she's "desperate for a winter wedding" in Paris.

The tabloid's story is flawed from the start. Although Holmes' mom joined her daughter's birthday celebration with Foxx, the actress's father didn't attend. Considering the outlet isn't aware that Holmes' dad wasn't at her birthday dinner, it's hard to believe anything else about this story. Still, Gossip Cop checked in with a source close to the actress, who wasn't able to go on the record, but assures us the magazine's article is made-up.

Meanwhile, when the Enquirer claimed back in November that Holmes and Foxx were getting married in Paris, the actress's rep went on the record to dismiss the report. Foxx's spokesperson also told Gossip Cop that he's "not getting married." Nothing has changed in the short time since.

It's worth noting, Gossip Cop busted the tabloid's sister's publication, Life & Style, for falsely claiming just last week that Foxx had "dumped" Holmes. That story wasn't true either, but it shows how the magazine and its related publications can't keep their stories straight. In reality, the gossip media has little insight into the couple's secretive romance.

Additionally, Gossip Cop busted another tabloid last month for making up a story about Tom Cruise giving Holmes and Foxx his "blessing" to get married in Paris. The narrative wasn't true when it applied to the actress's ex-husband, and it's no more accurate when it comes to her parents. Holmes and Foxx's relationship is going strong, but they simply aren't headed down the aisle.