Keith Urban did not "walk out" on Nicole Kidman, nor is he living in a hotel, despite tabloid reports. Gossip Cop can exclusively bust these stories. A rep tells us the claims are all "untrue." 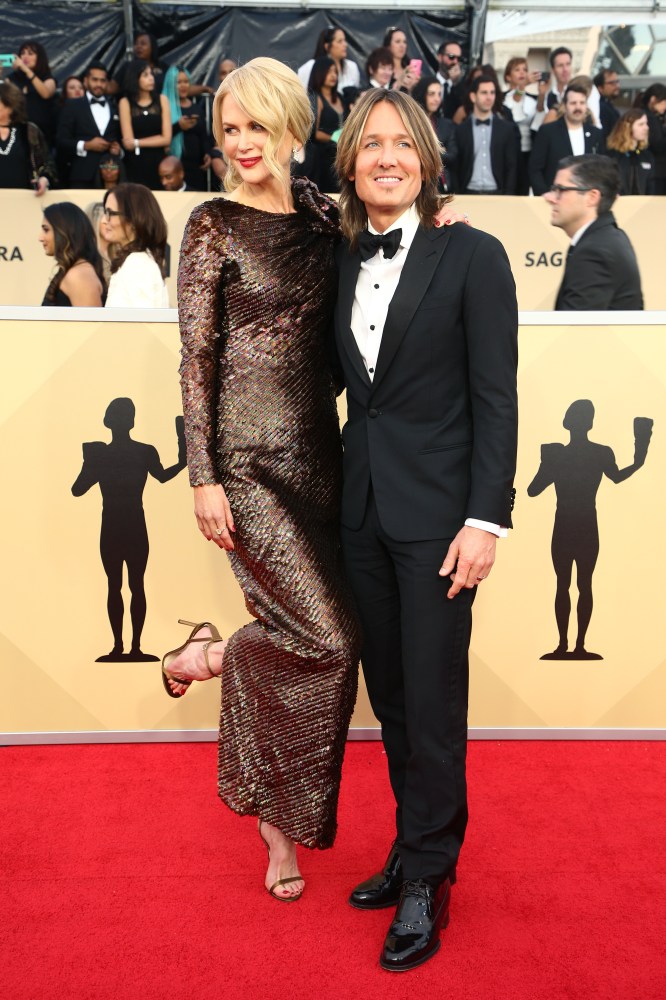 The new cover of Life & Style falsely announces a "divorce bombshell" for the couple, while the online version begins by declaring, "Another one bites the dust!" A so-called "insider" is quoted in both as saying, "Keith has moved out of the family home he shares with Nicole after a string of arguments." It's alleged Urban has been "staying at a five-star hotel in Los Angeles," yet no specific facility is named and the country superstar has not been spotted living at any such establishment. The gossip magazine contends the "main cause" of the stars' purported "arguments" is Urban's friendship with John Mayer, which Kidman supposedly tried to "ban" because she thinks the musician is a "bad influence."

Meanwhile, the new issue of sister outlet In Touch is offering a somewhat similar narrative and even features a photo of Urban with his suitcase. But the publication purposefully fails to tell readers that this picture of Urban was taken in Sydney in 2016 and has nothing to do with him supposedly living in a Los Angeles hotel in 2018. If a tabloid is trying to dupe people with a photo, that's typically a sign that it can't substantiate its claims and that its contentions are made-up.

As for the actual story, the magazine repeats its already debunked allegations about Kidman and Urban going on an unsuccessful "counseling retreat," and regurgitates its bogus quote from last month about the pair allegedly fighting over her "incessant jealousy and need to control Keith on every level." Oddly, the claims about Mayer are relegated to a sidebar and described as a "another source of friction" as if they're an after-thought.

That stands in contrast to Life & Style deeming Mayer to be the "main cause" of the couple's purported problems. That article also makes no mention of "jealousy" and "control" issues. Even more bizarre is that, in the online version, the tabloid actually acknowledges, "As far as what makes John a 'bad influence' remains to be seen," and notes Mayer celebrated his sobriety last fall, "so partying is presumably not the issue."

To be clear, two sister magazines are both alleging Urban has "moved out" and is living in a hotel, but each give different reasoning. One references already debunked claims, and the other makes new allegations in print only to back away from them online. On top of that, there's the aforementioned photo deception, and it is inherently suspicious that the stories feature slightly different quotes ("Naomi's been advising and supporting Nicole through everything" in In Touch versus "She's been advising and supporting Nicole through everything" in Life & Style).

And amid all these red flags, the outlets don't acknowledge that Urban praised Kidman and their relationship at a SXSW panel just a few weeks ago. Instead, the publications seem to be set on ignoring reality in order to continue their convoluted and fictional years-long storyline about the couple divorcing. It's for all of these reasons that Kidman's rep tells Gossip Cop that the new stories about Urban leaving the actress and moving into a hotel are "untrue, as always."

Katie Holme's, Joshua Jackson getting back together after "Dawson Creek" reunion?