Cancel culture (ugh!) is trying to take down another celebrity. Ellie Kemper, star of "The Office" and "Unbreakable Kimmy Schmidt," went viral this week after a 22-year-old picture surfaced showing her being crowned the winner of the Veiled Prophet Ball. The organization behind the ball, the Veiled Prophet Organization, is problematic, as it began in 1878 and has historically celebrated wealthy white elite people while excluding Black members, who were not able to join until 1979 (which is when Ellie was born, by the way). The winner of the pageant, USA Today reported, is crowned by a "Veiled Prophet" — a secret member who wears white robes and a white veil covering his face. Because of this, many have linked the organization to the Ku Klux Klan, although there doesn't seem to be evidence that the organization and the KKK are intertwined. That didn't stop Twitter from dubbing Ellie the "KKK Queen." Ellie, who was 19 when she was crowned, hasn't commented on the flap. The St. Louis-based org, for that matter, issued a statement that read, "Our organization believes in and promotes inclusion, diversity and equality for this region. We absolutely reject racism and have never partnered or associated with any organization that harbors these beliefs."

JoJo Siwa is making a movie, but there's one scene that she wants on the cutting room floor. In the scene, JoJo kisses a man. She petitioned for it to be removed. "I'm madly in love [with my girlfriend] and I do not want to kiss another human," she said, "especially because it's a man." JoJo, who earlier this year came out as a member of the LGBTQ+ community, doesn't want to confuse her young fan base. "That's what they look at me as, not some character, not some fictional thing. And so it's going to be a little weird," she said. "I'm not about it. I'm trying to get it pulled so bad. It'll happen. It'll get pulled." On June 1, JoJo confirmed she got her wish. "My friends at Paramount … are 1000% supportive of me and assured me that I don't have to do anything I don't wanna do ever!!!" she tweeted. "I'm so excited to make the movie 'Bounce' and couldn't have better people to make it with!!"

Khloe Kardashian has threatened legal action against another one of boyfriend Tristan Thompson's accusers. For months, a woman named Kimberly has claimed that the NBA star fathered her 7-year-old son. Tristan has already taken a paternity test and it determined he's not the father. The woman, though, is demanding he take another test. She's also made claims that Khloe reached out to her, even sharing an alleged screenshot of the supposed contact. However, on June 1, the woman admitted that the screenshots were doctored and Khloe has ignored her. The "Keeping Up With The Kardashians" star's attorney fired off a cease-and-desist letter. "You put words in her mouth that she never said and that she wouldn't say. You faked the whole thing. And you have now publicly admitted it," the letter read. Tristan, by the way, threatened legal action against the same woman last month.

Matthew Perry is less one fiancé. On June 1, People magazine confirmed that the "Friends" star called off his engagement to Molly Hurwitz. "Sometimes things just don't work out and this is one of them," he said in a statement to the magazine. "I wish Molly the best." The actor and the literary manager dated for more than two years before getting engaged in November 2020. The breakup comes on the heels of the much-hyped "Friends" reunion in which Matthew slurred his speech, worrying some fans.

We see you, Rebel Wilson… or rather, we don't! The "Bridesmaids" actress has continued to show off her amazing slimdown on Instagram. On May 31, she posted a photo snapped in Palm Beach, Florida, that shows her proudly posing on the sand. She once said she had a goal weight of 165 pounds.

There's two times the baby bliss for Lance Bass and husband Michael Turchin. On June 1, the couple — who've been trying to start a family for years — announced that they're expecting twins, a boy and a girl, in late 2021. Coincidentally, Michael himself is a twin. In a chat with People magazine, Lance celebrated the happy news while referencing a previous surrogate's miscarriage. "Because of what we've been through the last four years, we were very cautious to get excited. And it kind of sucks because when you find out you're pregnant, you want to celebrate with your family. You start planning their future in your head already, but we were so scared because we didn't want to go through the pain again of losing them," he explained. "We told our friends and family about the ninth week, when we finally felt comfortable." Congrats!

Kate Winslet has nothing to hide! On her lauded new HBO series, "Mare of Easttown," the actress plays a cop who's fond of one-night stands. When the show's director, Craig Zobel, told her they'd edit out "a bulgy bit of belly" from one of her sex scenes, her response, she told The New York Times, was "Don't you dare!" Kate also said she nixed two versions of the promo poster because of the retouching work. "Listen, I hope that in playing Mare as a middle-aged woman — I will be 46 in October — I guess that's why people have connected with this character in the way that they have done because there are clearly no filters," Kate explained. "She's a fully functioning, flawed woman with a body and a face that moves in a way that is synonymous with her age and her life and where she comes from. I think we're starved of that a bit."

Raven-Symoné might have been hoping for a pat on the back from her fans after revealing she recently lost 28 pounds, but that's not what she got. "Pounds down, pounds down. Check out the chin," she said in a video she posted on social media on May 30. "If y'all watch 'Raven's Home' literally right now, and then come on this live and see this joint, I got a whole different face going on. It's a whole pounds-down journey." The actress, though, gave her fans pause when she revealed that she's taking a fairly drastic approach to drop more weight. "Right now I'm doing a 48-hour fast," she said, "so we're on that journey right now." Soon after, many of Raven's Instagram followers vented at her decision to shun food for two days, using words such as "triggering" and "cringe."

Host with the most

With Chris Harrison still on a hiatus from the "The Bachelor" franchises, David Spade will be taking over guest hosting duties on the upcoming summer season of "Bachelor in Paradise," multiple reports claimed on June 2. David will join a rotating roster of guest hosts for the show. The other hosts being eyed by ABC have yet to be revealed, as contracts have yet to be signed. David, by the way, has admitted in the past to being a big fan of the dating show franchises. Chris, you'll recall, sparked major backlash when, during a February 2021 interview with former "The Bachelorette" star Rachel Lindsay — the first Black lead of "The Bachelorette" — he defended season 25 contestant Rachael Kirkconnell for what she later admitted were "offensive and racist" actions. He later apologized but ultimately decided to take a step back from the franchise "for a period of time." He's also not hosting the new season of "The Bachelorette" that debuts on June 7. That honor goes to former franchise stars Tayshia Adams and Kaitlyn Bristowe. 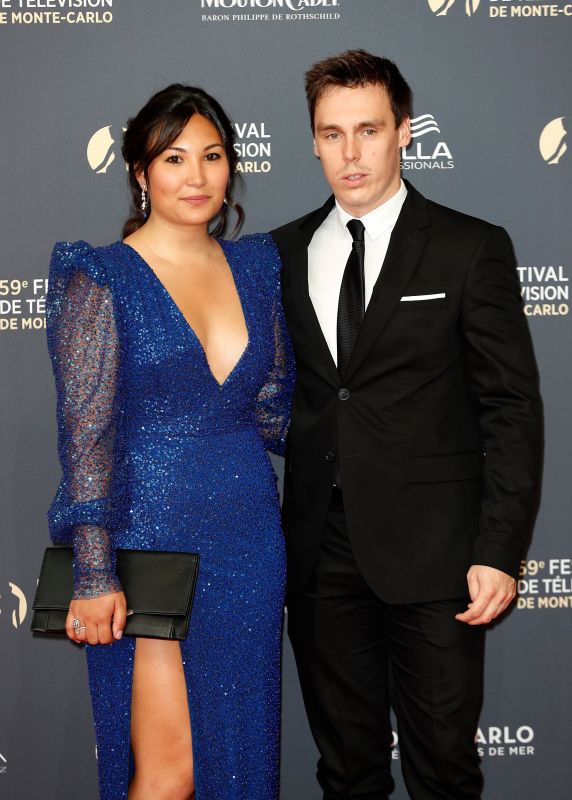 Up Next Dirty thirty