Did Lady Gaga really call off her engagement to Christian Carino because she's in love with Bradley Cooper? That's the story one of the tabloids is selling. Gossip Cop looked into the situation, and we can set the record straight. 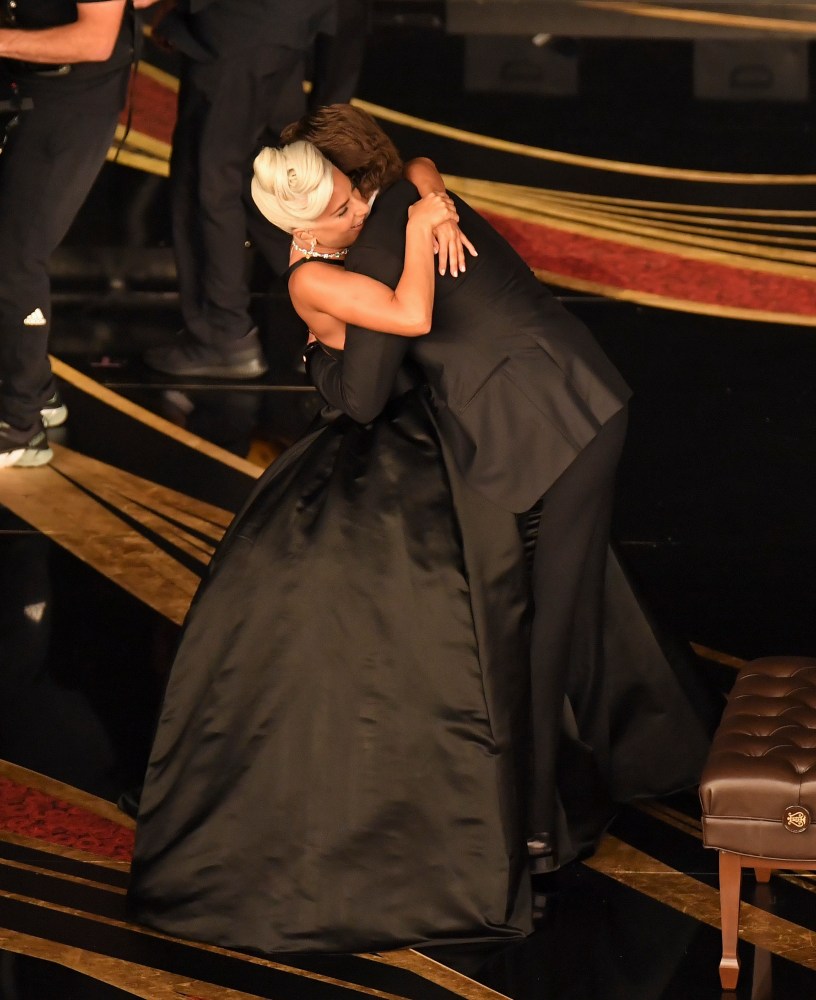 The news broke earlier this month that Gaga had ended her engagement to Carino, who she had been dating for around two years. According to Life & Style, the singer's A Star Is Born co-star is the reason behind the split. "Rumors have been swirling for months that Gaga and Bradley are totally into each other," a supposed source tells the magazine. The alleged insider further contends that Gaga and Cooper's relationship has escalated into something "far more intense" than just friendly and professional.

Last month, Cooper joined his co-star during her Las Vegas residency to perform the track "Shallow" from their hit movie. According to the outlet's tipster, his girlfriend Irina Shayk was "flabbergasted" by how intimate they looked on stage. "Irina watched the video over and over, obsessing about how Bradley lost himself in the moment. It was super uncomfortable to watch," adds the seemingly phony source, who goes on to say that Shayk "was furious, and told him so. She said if that was acting, then he definitely deserved an Oscar. But Bradley denied any wrongdoing."

The questionable source further contends that Gaga has been "unapologetic" about her feelings for Cooper, telling Carino "that fate brought her and Bradley together." The "insider" maintains that the singer knows her co-star is in a committed relationship, but she'd "jump at the chance" to be with him if that changes. "Timing is everything," adds the questionable source. ""Gaga and Bradley would definitely be the ultimate Hollywood power couple."

The idea that Shayk is upset about her boyfriend's friendship with his co-star isn't true either. Just days after they performed in Las Vegas together, Cooper and Shayk were spotted holding hands at the BAFTA Awards, where the actor thanked his girlfriend during his acceptance speech. In fact, the Russian supermodel has supported her boyfriend throughout awards season, despite the private couple choosing to keep their relationship out of the spotlight.

Gossip Cop already busted Life & Style back in December for falsely claiming Cooper and Shayk had split. That clearly wasn't the case. Shortly before that, the magazine published an inaccurate story about Cooper and Gaga falling in love with each other. Now that the singer's engagement has ended, the tabloid is jumping at the opportunity to place the blame on Cooper. Sources close to the situation have repeatedly assured Gossip Cop that Cooper and Gaga share a close friendship, but they don't have romantic feelings for each other. That hasn't changed just because the singer is no longer engaged.