Meghan Markle and Prince Harry did not have twins, despite numerous and repeated reports about them expecting two babies. For months on end, a slew of media outlets claimed they believed or even knew for certain that the Duke and Duchess of Sussex were having twins, and for that same amount of time, Gossip Cop rightly noted she was carrying just one baby. And, of course, on Monday the couple welcomed their first (and only) child, Archie Harrison. 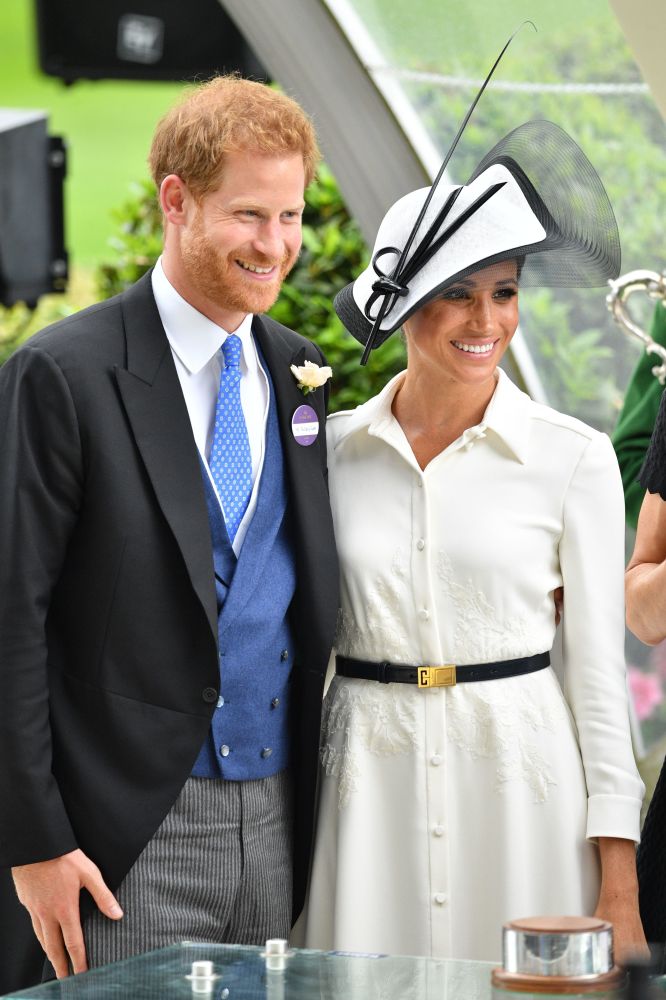 The false speculation began 14 months ago, even before the royals wed. In March 2018, Woman's Day alleged without any proof whatsoever that Markle and Prince Harry wanted twins. That was followed days after their wedding by a National Enquirer cover story that absurdly maintained Markle was pregnant with Prince Harry's twin babies. The often discredited supermarket tabloid tried to convince its readers it was true with a photo of the former actress, with what it asserted was a baby bump. But, as Gossip Cop noted then, the photo was taken in 2014, and she was decidedly not expecting.

Two weeks after that bogus report, Life & Style ran one of its own, insisting Markle was pregnant with twins, a boy and a girl. In that fabricated article, the publication included a fake quote supposedly from Prince Harry that read, "We're naming the girl Diana." Later that same month, OK! untruthfully contended on its cover that the palace "confirmed" Markle was pregnant with twins, along with an unattributed quote inside about how "we'll raise our babies in America." Actually, Kensington Palace confirmed to Gossip Cop then that no one from the royal household spoke to the habitually disproven magazine.

Days later, Woman's Day, which kicked off the made-up narrative two months earlier with its front page about how the duchess "wants" two babies, made its own wish come true with yet another cover that incorrectly stated, Markle's dad confirmed she was pregnant with twins. On the contrary, in an interview on "Good Morning Britain" around that time, Thomas Markle said, "I don't think there is a stork in the air yet." The tabloid was simply lying.

Then, having forgotten that it declared the duchess was having a boy and a girl in June, Life & Style came back in August with yet another phony cover about Markle being pregnant with Prince Harry's twin girls. The magazine couldn't have been more wrong, but that didn't stop its other sister publication, In Touch, from parroting its tale with its own September front page story that exclaimed Markle was four months pregnant with twin girls.

Hoping the third time would be the charm, shortly after Kensington Palace officially announced the duchess' pregnancy, Woman's Day published yet another cover story about Markle and Prince Harry having twin babies. It's big proof, according to the magazine, was that when the Duchess of Sussex arrived in Australia for her first royal tour with Prince Harry, she covered her belly "with not one but two purple folders." However, while speaking later that day at the Admiralty House in Sydney, Prince Harry shared in the singular how he was excited about having "a boy or a girl."

Life & Style also struck out with its third cover when it swore up and down Markle was pregnant with twin boys. As a reminder, the first one said she was having a boy and a girl. The second one asserted she was carrying twin girls. And covering its bases, the tabloid finished with Markle expecting twin boys. None of its articles were right.

Incredibly, the manufactured stories about Markle being pregnant with twins continued right up until moments before she gave birth to Archie, with places like the Express and Pinkvilla, for example, both running pieces that twins were a strong possibility (below). And while there were many other outlets not mentioned here that wrote speculative pieces about the Duchess of Sussex expecting twins, there was one website, however, that consistently debunked it. That was Gossip Cop.

The reason why is simple: Gossip Cop fact-checked every article with our vast network of sources connected to the royal family, as well as with officials in the palace who have the authority to comment. Sadly, we expect the apocalypse to arrive sooner than members of the media issuing retractions or taking responsibility for mistakenly claiming Markle was pregnant with twins. Moving forward, Gossip Cop hopes those same outlets employ better reporting standards before birthing more rumors about the royals.

Reese Witherspoon's Husband Fed Up With Her Partying?