Does Megyn Kelly want Matt Lauer's former role on the "Today" show? It apparently depends who you ask. While multiple sources told the New York Post the NBC News anchor is vying to replace the ousted star, one industry insider has denied the story to the tab. On the heels of allegations Matt sexually harassed and assaulted women at work, Megyn spoke candidly this week about her own experience fending off similar advances from Roger Ailes when she was at Fox. "It was explicit quid pro quo sexual harassment, which was basically: 'You sleep with me, and I'll give you a promotion,'" Megyn recalled at the Business Insider Ignition conference. Detailing how the late network honcho allegedly "grabbed" her three times and tried to make out with her and locked her in his office, she went on to point out how a supervisor simply told her to avoid him when she attempted to get help with the situation. "Let me tell you, if a woman came to me at NBC News and said this has happened to me . . . A.) I would advise her on what to do and B.) I would work it behind the scenes, even if I had to go into the boss' office and say, 'Here's a name, go investigate, you have to do some sort of looking. I'm not going to tell you who reported it. I don't have to,'" she said. "I think powerful women need to be there for less powerful women so they can grow into powerful women, so they're not scared out of the workforce or effectively shoved out."

RELATED: The top celebrity stories of 2017

Robert Pattinson can't take his eyes off the Knicks dancers

Somebody's enjoying being single … Robert Pattinson had a courtside view of more than just basketball when the New York Knicks played the Miami Heat in New York City on Wednesday, Nov. 29. Rob, who split from his rumored fiancee FKA Twigs earlier this year, hit the game at Madison Square Garden with male friends. But in photos showing his pals chatting with him during the Knicks dancers' halftime show, his eyes never seemed to leave their focus on the ladies in front of him. The smile on his face didn't appear to dissipate during the show, either. Rumors the 31-year-old "Twilight" star may have been headed toward a romance with his pal Katy Perry surfaced in October, although the two are reportedly still just friends.

Good news, "Suits" fans: Meghan Markle's departure from the show won't keep her off TV entirely in 2018. When the actress walks down the aisle at St. George's Chapel at Windsor Castle in London to wed Prince Harry in the spring, she'll be doing it on live TV before the world. TMZ reports cameras will be allowed to cover and broadcast the wedding, as they did when Prince William married Duchess Kate, then Kate Middleton, in 2011. Estimates suggest Meghan and Harry's wedding will be viewed by more people than the 23 million Americans and 27 million British TV watchers who checked out Will and Kate's big day. Kensington Palace has not yet confirmed a date for the ceremony, but TMZ points to rumors the couple will get hitched over Memorial Day weekend.

Can you image "Titanic" without Leonardo DiCaprio? The film's producers apparently could. During a visit to "The Late Show" on Thursday, Nov. 30, Kate Winslet revealed another actor was in the running to play Jack to her Rose. "I auditioned with Matthew [McConaughey] — isn't that weird?" she told Stephen Colbert. "Never said that in public before!" Kate also admitted some of the hot 'n heavy action between the two was more dramatized than fans may have realized. In the scene that showed the two making out in a storage car on the ship, Kate said they had some help looking as, um, into it as they did. "It did get quite sweaty in the car," she explained, "but we were spritzed down with spray Evian bottles to make us look really like in the throes of … " Way to ruin it for us, Kate.

Chrissy Teigen can't resist the chance to troll her man on social media. Case in point: The lovely message John Legend posted on Instagram for Chrissy on her 32nd birthday on Thursday, Nov. 30. "Happy birthday to my wonderful wife I'm so happy you were born! You bring so much light to my life and to the lives of everyone who knows you. I love you so much! Happy Birthday!!!" he wrote. The accompanying photo was a basic headshot of Chrissy, posing in a romantic light. Her response? "How about a hi-res."

Rihanna now has a street named after her in Barbados

The street where Rihanna grew up in Bridgetown, Barbados, is now officially called Rihanna Drive. Clad in a short yellow dress by Hellessy, the singer joined the Prime Minister Freundel Stuart for a renaming ceremony on Wednesday, Nov. 29 — Barbados' Independence Day — as Westbury New Road became christened in honor of the Grammy-winning star. "A lot of the reason why I am the way that I am and my character has a lot to do with my culture," Rihanna told ITV (via the Daily Mail) in 2012. "It really helped to have a thick skin coming from Barbados. I definitely had to learn fast how to ignore things or not let it bother me. From the time I was very young, I was teased about being biracial. That was one of the first things I dealt with, then it went on throughout high school," she said at the time. "If it wasn't one thing it was the other thing. In my home, a lot of the things I saw helped prepare me for this world."

"To be honest, I think Francia should be getting this award because she saved my life." That's how Selena Gomez opened her acceptance speech for her Billboard Woman of the Year honor on Nov. 30, 2017 (via Us Weekly). "I feel incredibly lucky," she added. The singer's eyes got moist as she continued to praise her friend, actress Francia Raisa, for donating a kidney when Selena's lupus nearly killed her over the summer. "Honestly, I couldn't be more grateful for the position I've been given in my career from 7 to 14 to now," she continued. "I want people to know that I respect the platform that I have so deeply because I knew that I wanted to be a part of something great and I wanted people to feel great because I love people," she continued. "I got to do a lot this year even though I had a couple of other things to do. But I feel like for me, with my music, I've really been able to illustrate the things that I want and I'm reminded by a team of people who believe in me even when I don't myself and I couldn't be luckier. But I don't feel more proud — I've never felt this proud — to be a woman in the industry than I do today and that's because I actually feel comfortable with every single woman that has encouraged me." After thanking the presenters and others, she added, "I don't know how I'll ever repay it, but maybe I'll make an epic album next year for you guys and everyone else."

Why Margot Robbie wanted to produce 'I, Tonya'

"I, Tonya" stars Margot Robbie as the Olympic figure skater Tonya Harding in a story about what led to and came from the infamous attack on Nancy Kerrigan in 1994. The film, which opens Friday, Dec. 8, is already getting Oscar buzz — and that's a good sign for the Australian actress for a number of reasons. In addition to starring in the faux-documentary style movie, Margot produced it. As she tells Us Weekly, she jumped at the chance to helm the film. "Not to say that I wasn't happy with the roles that I was receiving — definitely doing 'Wolf of Wall Street' opened up a ton of opportunities that weren't already present — but I guess I also didn't want to wait around for the amazing roles to come by every couple of years. I wanted to find them a little bit quicker and that meant that I had to find them myself or develop them," she says, adding that it's important to her to bolster opportunities for women in Hollywood. "I work with an amazing group of people," Margot explains, "I love everyone at our company and it's not just about finding roles for me to do, it's about finding roles for actresses in general and actors and first and second time directors, female directors, writers."

Lookin' to live large, "Real Housewives" style? Kyle Richards may have just the deal for ya. Kyle and her husband Mauricio Umansky recently put their seven bedroom, eight bath home in the Bel Air section of Los Angeles on the market for $6.995 million (or $50,000 a month for renters), according to TMZ. The gorgeous pad comes with a home theater, a pool, a spa, a multi-purpose sports court with lighting so you can shoot hoops day or night, a chef's kitchen and amenities including a marble fireplace and a wet bar. Conventiently, the couple used their daughter, Farrah Aldjufrie, as the listing agent.

Will Matt Lauer get paid through end of his contract?

NBC's morning news situation remains in turmoil this week following Matt Lauer's firing over sexual misconduct allegations. As the network struggles to find a replacement for its biggest "Today" show star, Matt is reportedly working with lawyers in an effort to get paid through the end of his $20 million-a-year contract in spite of multiple accusations he harassed and assaulted women at work. "They are currently looking at his contract and determining whether the claims against him, which clearly would affect any moral clause in his contract and his ensuing termination, would cut off his contractual rights to be paid through to the end of his contract," an insider tells the New York Post. Another source, however, says "there is no way Matt is getting paid" through the end of next year. "There has been an irrevocable breach of Matt's contract, there is a moral clause that says if he brings the company into disrepute — which he clearly has — NBC can terminate his employment immediately without pay and they do not have to pay out his contract," the source said. Matt was recently spotted meeting with a well-known criminal and real estate attorney in the Hamptons, where he's been spending time with his family since the news broke. 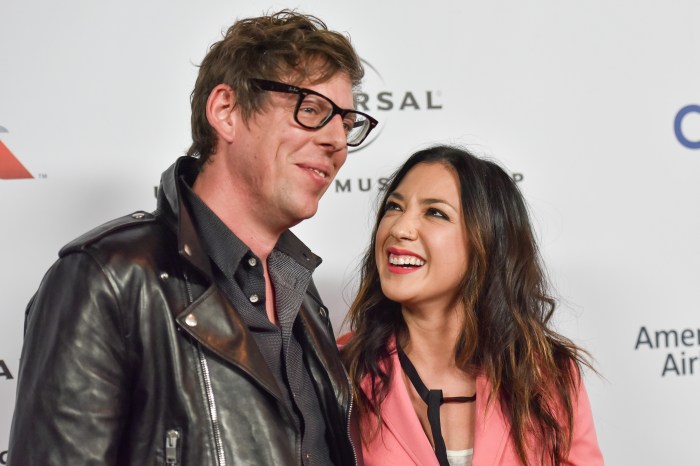