Nicole Kidman did not collapse while shooting her new TV series, despite a bogus tabloid report alleging the actress is in poor health. Gossip Cop can correct the phony story. It's simply not true. 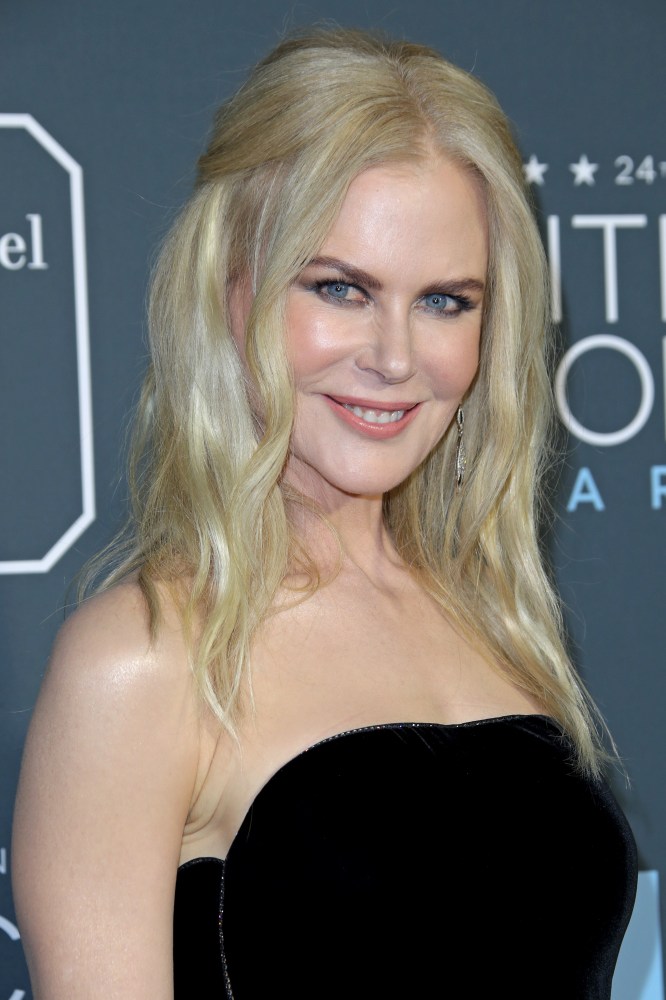 New Idea published photos of the actress seemingly falling down and passing out on the New York set of her upcoming HBO show "The Undoing." According to the magazine, the incident was a result of Kidman being in poor physical condition. A supposed source tells the magazine, "Everyone is very worried about Nicole. She's been pushing herself so hard recently."

The alleged insider adds, "With her hectic schedule, it's no surprise that it all became too much for her and she collapsed on set. It was very dramatic and only lasted a few seconds, but obviously, everyone was very concerned."

The outlet's story is utterly absurd. In reality, Kidman's fall was scripted and part of the scene she was filming. In fact, there are photos posted on Getty Images showing Kidman using a landing mat to break her fall while filming the stunt. Meanwhile, the Daily Mail published addition photos from the set, which include the actress sitting up and smiling after shooting her fake fall.

New Idea is trying to dupe readers into believing the actress suffered a health crisis while filming a TV show when she was simply doing her job. For the record, Kidman isn't really Aquaman's mother or a cabaret dancer at the Moulin Rouge.

Despite the magazine's report being provably false, Gossip Cop still reached out to Kidman's spokesperson, who confirms it's all nonsense. The actress's friends aren't concerned about her well-being, and she didn't actually collapse on the set of "The Undoing."

It's worth noting, this isn't the first time New Idea has made up a phony story surrounding the actress's upcoming HBO show. Last week, we busted the tabloid for falsely claiming Keith Urban was upset about Kidman using their two daughters as extras in a scene. The magazine failed to mention that prior to appearing in "The Undoing," the couple's girls served as extras on the second season of "Big Little Lies." Urban simply doesn't have an issue with his daughters making brief appearances in Kidman's projects.

Meanwhile, Gossip Cop called out the tabloid last November for wrongly reporting that Kidman and Urban were getting a "$413 million divorce." The happy spouses are still going strong. When it comes to the actress's personal and professional life, New Idea has proven to have no idea.