One of this week's tabloids claims Nicole Kidman and Keith Urban are having a third baby after overcoming alleged marriage problems. Gossip Cop can debunk the bogus story. The actress isn't pregnant and her marriage was never in trouble. 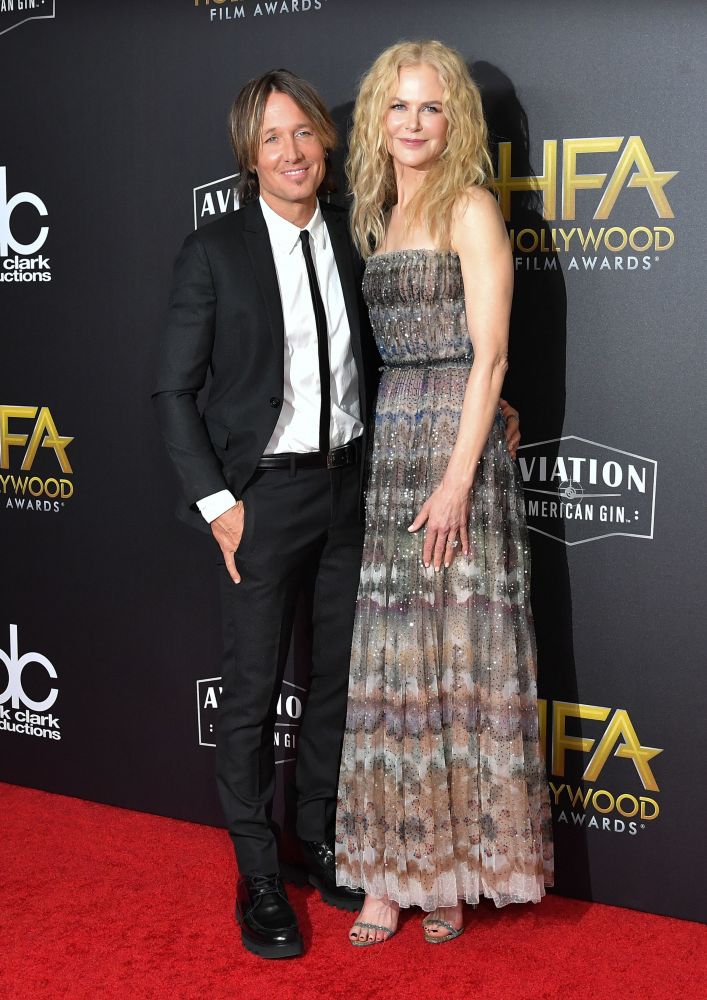 According to OK!, Kidman displayed a "baby bump" at the Los Angeles premiere of her film Boy Erased last month. A supposed source tells the magazine, "The word is Nicole and Keith decided to try for a baby after starting couples therapy earlier this year. In their sessions, they both expressed wanting to have another child. So Nicole started undergoing IVF treatments." The questionable insider adds, "Everyone thinks Nicole's just waiting for the right time to make the announcement publicly. It's their miracle baby!"

The seemingly phony tipster further alleges that Kidman and Urban "were on the brink of a split" a few months ago, but managed to get their marriage back on track during a private counseling retreat in Vermont. "They were able to work through everything and now seem to be happier than ever," adds the suspicious source. "Everyone knows Nicole and Keith would be thrilled to have another baby… They can't wait for what the future holds."

Nothing about the tabloid's story is remotely true. For starters, Gossip Cop already busted In Touch in March for wrongly reporting that Kidman and Urban attended a retreat in Vermont to save their marriage. It never happened. In fact, the happy spouses have gushed about each other in interviews and on social media countless times over the past year. The pair also frequently step out together at awards shows and film premieres, while she often attends his concerts. When they don't have work commitments, Kidman Urban are regularly spotted out on date nights. This has been going on for years now, so when exactly were these so-called "marriage problems" supposedly occurring?

Meanwhile, Kidman has already stated that she doesn't want more kids. The actress, who shares two daughters with her husband, shook her head and said "no" when asked last year by "Entertainment Tonight" if she planned on having more children. She added, "I would have loved to… but I think I'm past that point now. But I'm very thrilled with what I have." Kidman further noted that her husband often tells her, "Let's just enjoy what we have!" Regardless, Gossip Cop can confirm that Kidman and Urban aren't having a baby to save a marriage that doesn't need saving.