Nicole Kidman and Meryl Streep are not "at war" on the set of "Big Little Lies," despite a late and wrong report that Gossip Cop has already debunked. We can once again set the record straight. We can confirm that the actresses are close friends. 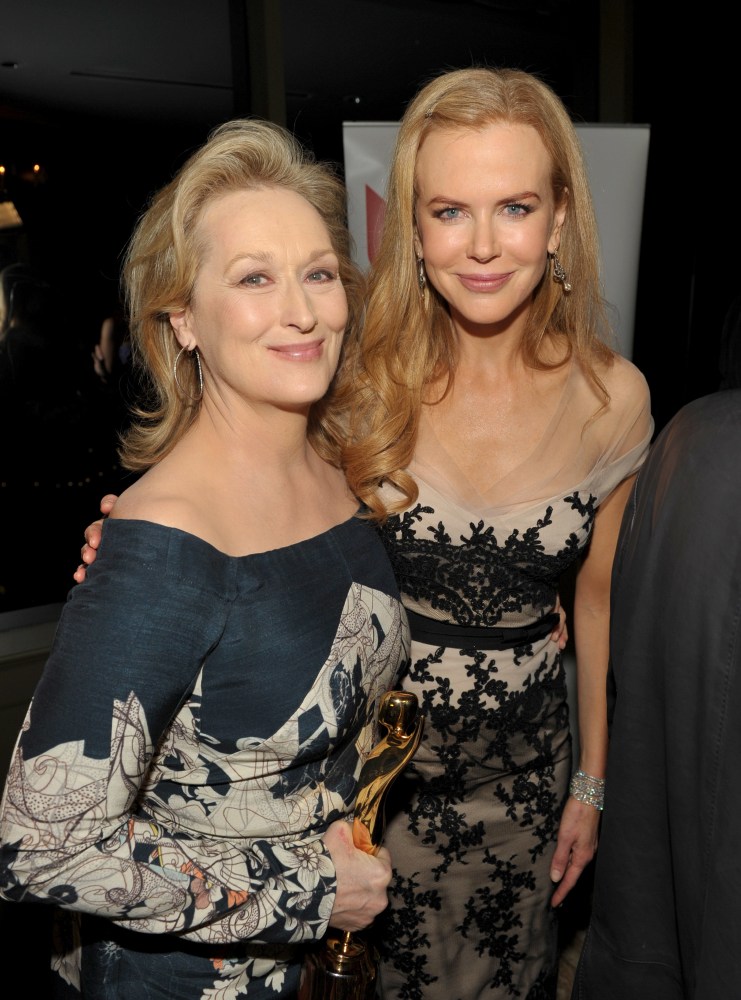 In February, Gossip Cop called out New Idea for falsely claiming that Kidman was upset about Streep joining the cast of the HBO series for fear of being overshadowed. The report was provably untrue. In reality, Kidman was the one who convinced Streep to sign on for the second season of the hit show.

Earlier this month, In Touch made up a similarly bogus report about Kidman and Streep fighting on set because Kidman felt "threatened" by the legendary actress. It was further alleged that Kidman became "paranoid" and believed "Meryl and the other cast members are ganging up on her and planning to push her off the show." This premise was also entirely false. The very same week the phony article was published, Kidman, Streep and their "Big Little Lies" co-stars went bowling together.

In addition to the evidence refuting the previous feud rumors, a rep qualified to speak for both actresses assured Gossip Cop on the record that the two women adore each other. Unfortunately, that hasn't stopped Woman's Day from continuing to push this absurd narrative about friction between the co-stars.

The latest issue of the unreliable magazine says Kidman and Streep are having "a war of egos" as they shoot the second season of the HBO show. An alleged insider tells the magazine, "Meryl is always the center of attention, and that's something Nicole has had to get used to." The questionable source further contends that Kidman considered herself the star of the show during its first season, but now "Meryl is stealing every scene."

The seemingly nonexistent tipster goes on to say that a third season of the show could be in jeopardy over the supposed rift between Kidman and Streep. "At this point it's looking like it could be difficult to continue this story with both Nicole and Meryl involved, unless they can find a way to work together without stepping on each other's toes," concludes the "insider."

However, a recent post on Kidman's Instagram page has made it 100 percent clear there are no problems between her and Streep. In honor of the iconic actress's birthday last week, Kidman shared a photo of the two at a Golden Globes ceremony, along with the caption, "Happy Birthday to the divine Meryl Streep! I have loved working with you again." Gossip Cop hopes this shuts down the feud rumors once and for all.