Is Nicole Kidman preparing to "tell the truth" about her 17-year marriage to Tom Cruise? One of the tabloids claims the actress is ready to expose all of the "bombshell secrets" about her relationship with the movie star and her time spent as a Scientologist. Gossip Cop, however, can exclusively clear up the situation. 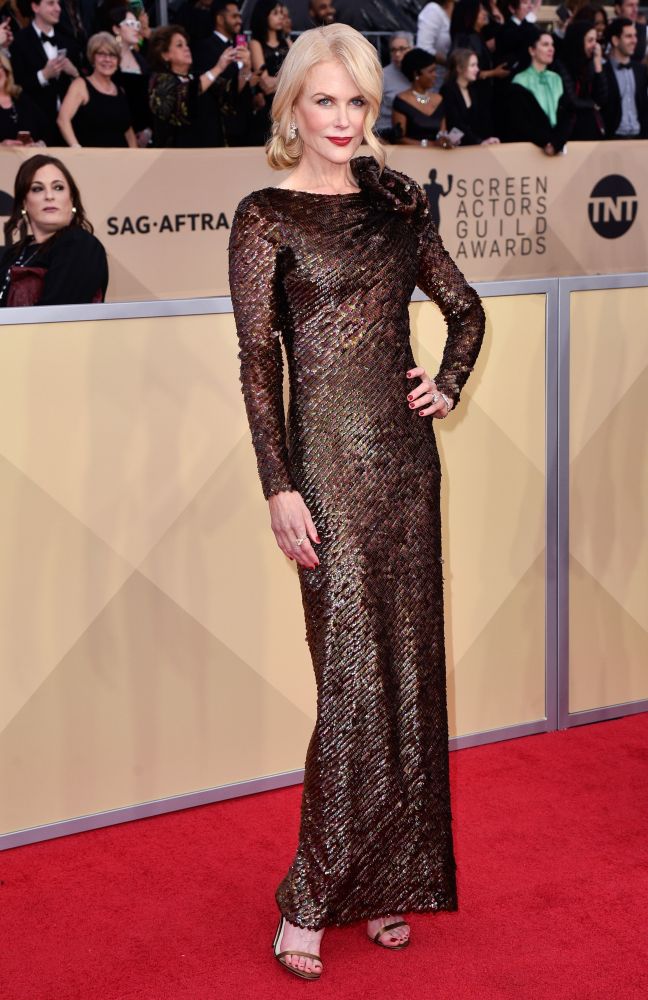 According to the Australian edition of Woman's Day, Kidman has become inspired to speak out about her past as a result of the Times Up movement, which aims to put an end to sexual harassment. The magazine says the actress will start by spilling the details of her marriage to Cruise. It should be noted, the actor has never been accused of any sort of sexual misconduct, so this premise doesn't make much sense.

A so-called "source" tells the outlet, "There's obviously a lot there Nic hasn't talked about before… God knows what she went through during those years, but Scientology can be pretty extreme and it must have had an impact on her marriage in many ways." The outlet's questionable insider says Kidman is currently "fielding offers to do TV interviews left, right and center," but she's trying to navigate the situation carefully so as not to cause any damage to her loved ones.

However, the evidence that the publication uses to back up its story is a major stretch. On Martin Luther King Jr. Day, Kidman shared a quote from the activist, "Our lives begin to end the day we become silent about things that matter." The outlet speculates that the statement "is more than just a tribute to the late leader," but also her way of hinting that she's about to tell-all about Cruise. That theory is both flimsy and convoluted.

Regardless, Gossip Cop still checked in with a source close to the actress, who exclusively assures us that the tabloid's speculative article is completely baseless and untrue. It's also worth noting, Kidman has never accused Cruise of any wrongdoing in the 17 years since they split. She's stayed mostly quiet about their marriage, but the actress stated in a 2016 interview, "I was a baby when I married Tom, but I don't regret any of it." She further acknowledged, "I did have a fantastic marriage for a long period."

Did Chris Hemsorth set up Angelina Jolie and Tom Hiddleston on a date?