Life is a cabaret! The musical "Cabaret" takes place in Berlin in 1931 and follows the happenings at seedy nightclub the Kit Kat Klub. Though it debuted in 1966, the story has held up for half a century and has been reincarnated on different international stages, as well as in a feature film in 1972. In honor of the tale's 50-year anniversary on Nov. 20, 2016, Wonderwall.com is taking a look back at the stars who've brought it to life. First up, Emma Stone! When "Cabaret" returned to its roots — the Broadway stage — Emma Stone took on the lead role of Sally Bowles in November 2014. The actress told Entertainment Weekly that in order to get into character and channel the young American cabaret performer, she listened to French radio. Emma's run as Sally lasted until February 2015, when she passed the role on to another big name. Keep reading to see all the other celebrities who've nabbed roles in this iconic musical!

The second major Broadway revival of "Cabaret" took place in 1998, with many famous faces taking on the role of Sally Bowles during its 2,377-performance run. Brooke Shields was one of the stars who graced the stage during the revival, playing Sally in 2001.

Liza Minnelli played Sally Bowles when "Cabaret" was brought to the big screen in 1972. The movie version was loosely based on the play, with only six original songs included, but was a huge commercial success. Liza took home an Academy Award for Best Actress for her performance in the film, which marked her first time singing on-screen.

Michael York starred opposite Liza Minnelli in the 1972 film version of "Cabaret." He brought the character of bisexual Brit Brian Roberts to life.

Judi Dench starred as Sally Bowles in the original London production of "Cabaret," which kicked off on Feb. 28, 1968, and ran for 336 performances. Judi received strong reviews throughout its run.

Sienna Miller took the reins from Emma Stone in February 2015, embodying Sally Bowles for 11 months on Broadway. She played the role through to the show's closing on March 29, 2015.

Fresh on the heels of her breakthrough role on "Lois & Clark: The New Adventures of Superman," Teri Hatcher signed on to play Sally Bowles in a 1998 tour of "Cabaret." Among the cities Teri performed in? Los Angeles, Boston, Chicago, Washington, Minneapolis, Toronto and San Francisco.

Michelle Williams was the first actress to play Sally Bowles in the 2014 Broadway revival of "Cabaret." The role marked Michelle's Broadway debut, with the star performing from April until November that year.

The late Natasha Richardson won a Tony Award for Best Actress in a Musical for her performance as Sally Bowles in "Cabaret." The star was the first to take on the part during the 1998 Broadway revival of the show.

Jill Haworth has the distinction of being the very first Sally Bowles. The British actress originated the role on Nov. 20, 1966, and brought the character to life for more than two-and-a-half years. After 1,165 performances, the first run of "Cabaret" concluded on Sept. 6, 1969.

Michael C. Hall's first Broadway role? Playing the Master of Ceremonies in "Cabaret." The actor made his stage debut in 1999 during the show's 1998 Broadway revival.

Jennifer Jason Leigh made her Broadway debut in "Cabaret" in 1998 as part of the show's second Broadway revival. She played Sally Bowles from August 1998 until February 1999.

Back in 2003, Neil Patrick Harris joined the cast of "Cabaret," starring as the Master of Ceremonies. NPH played the role alongside Deborah Gibson as Sally Bowles. It was his third foray on Broadway as he developed what would become a lengthy, impressive on-stage career.

Esteemed actor Denis O'Hare performed in the 1998 Broadway revival of "Cabaret," playing Ernst Ludwig. Aside from his acting role, Denis also played clarinet in the orchestra, known as the Kit Kat Band.

Gina Gershon's first role on Broadway was Sally Bowles. The actress joined the "Cabaret" cast during the 1998 Broadway revival.

Back in 2000, Lea Thompson tried her hand at the role of Sally Bowles, joining the cast of "Cabaret" that March, replacing Joely Fisher. She started on the touring production in New Orleans and stayed with the show throughout the summer, performing all over the United States.

In 1997, "Cabaret" enjoyed its first Broadway revival. Taking on the role of Sally? Actress Alyson Reed, who played the part for the production's 261-show run.

Stage actor Raul Esparza performed in "Cabaret" as the Master of Ceremonies beginning in October 2001 following the show's 1998 Broadway revival. 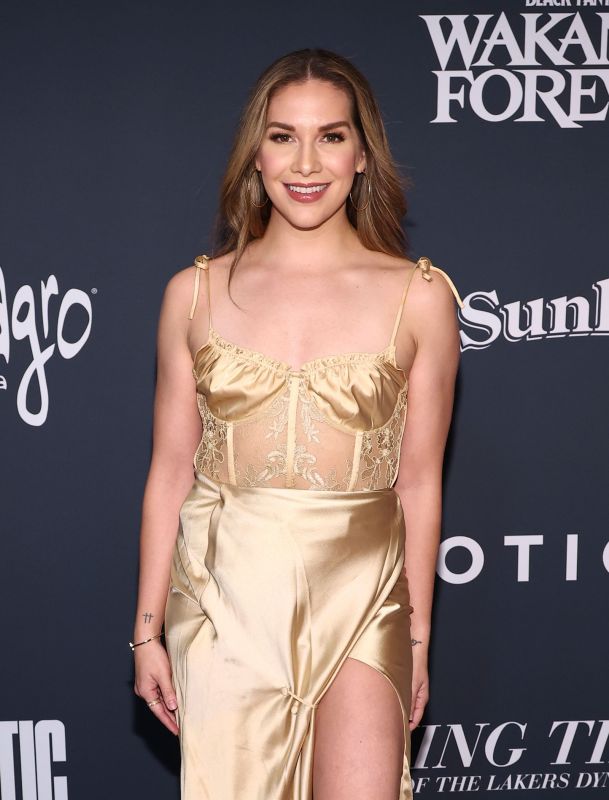