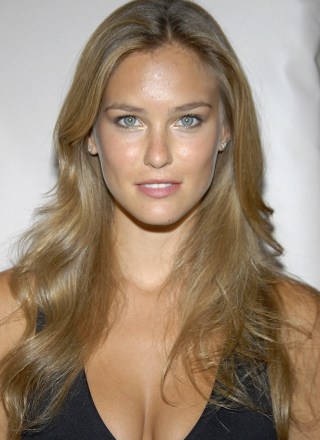 Bar Refaeli may have been reared on a horse ranch with three brothers, but the future knockout, whose mother enjoyed modeling success in the '70s, started her ascent to stardom at just 8 months old when she started doing commercials. She took a break for braces from 1994-97, but once she returned around 15, she hasn't stopped filling her lookbook with covers, commercials and campaigns for clients including "Elle", "Maxim" (She was there Hot 100 topper in 2012.), "GQ", Castro, Milky, Subaru, Garnier, Brazil's Besni and more. She was the first Israeli to appear in the "Sports Illustrated" swimsuit issue (2007) and two years later she was the special's cover girl. She was the host for MTV's brief revival of "House of Style," appeared as a guest judge on "Germany's Next Topmodel" and made GoDaddy Super Bowl XLVII commercial sexy. Not just a pretty face or Leonardo DiCaprio's ex (2005-09), she started online underwear company Under.me in 2011 and works with charities like Project Sunshine and One Bag Less. Some of her campaigns, like the time her bikini shot was painted on the outside of Southwest planes, have stirred protest for being too revealing and not family-friendly and she also found herself in hot water with her country's government when it was reported that she'd married (and quickly divorced) a family friend to avoid the mandatory military service. She visited with injured soldiers as penance.